The stream of terrible news from Syria and in recent months especially from Aleppo does not seem to end. Every day we hear of more bombardments, more killing, more violence.
In light of the particularly dramatic turn of events in eastern Aleppo I've decided to revisit my photo album from my last visit in 2008 and try and find some of the Aleppo that I first met as a child.
Now, I would like to share with you some of these pictures in the hope to show you a glimpse of this beautiful city.

The citadel of Aleppo was built in medieval times, however the hill on which it was built has been settled by humans since the 3rd millennium BC! It dominates the old center of Aleppo with its ancient stone walls and towers. The moat and fortifications are passed by crossing the only stone bridge and entering through the main gates. 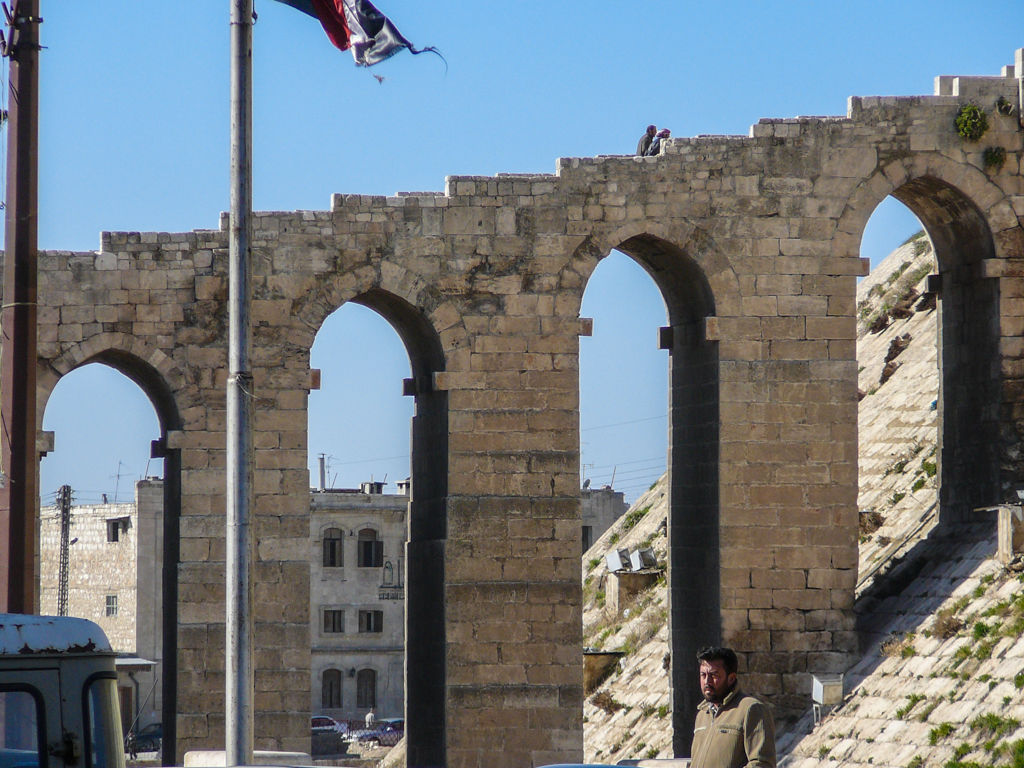 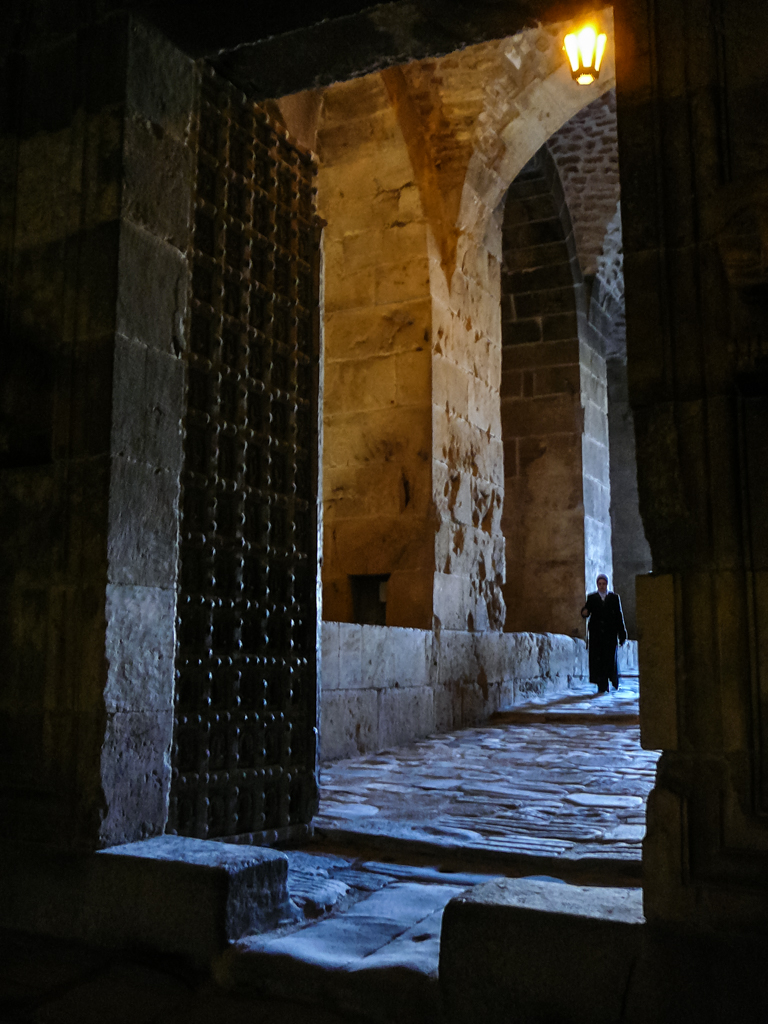 Numerous structures from different eras of the citadel remain (at least until recently) intact inside. Amongst others a hammam and a palace can be visited. 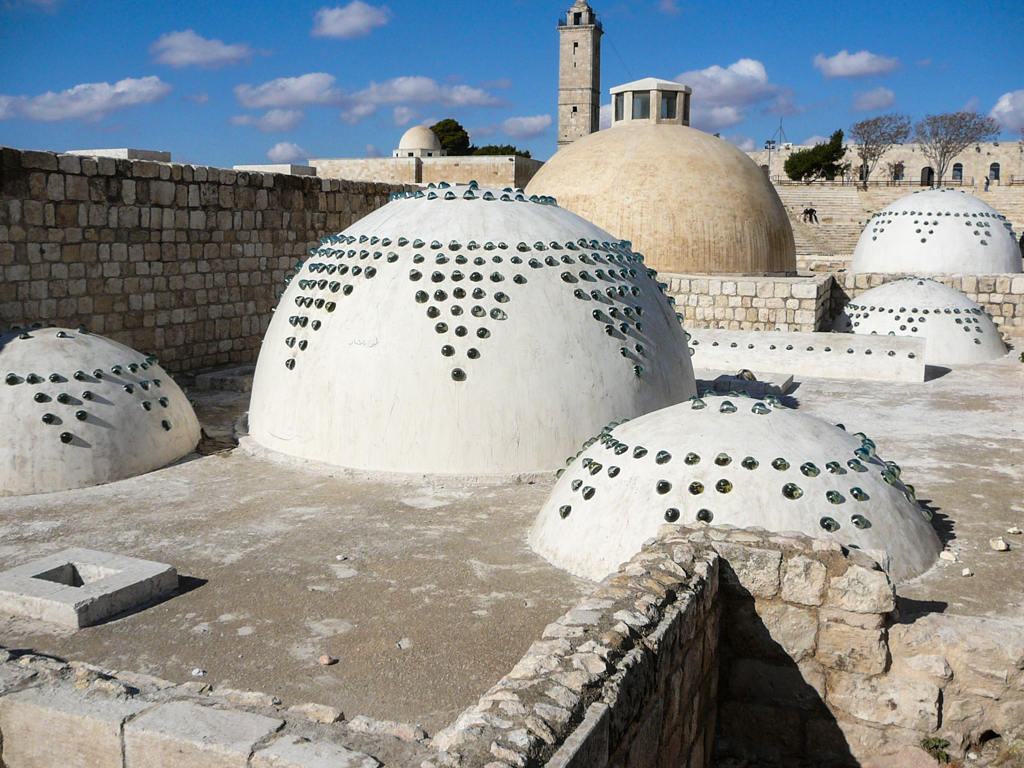 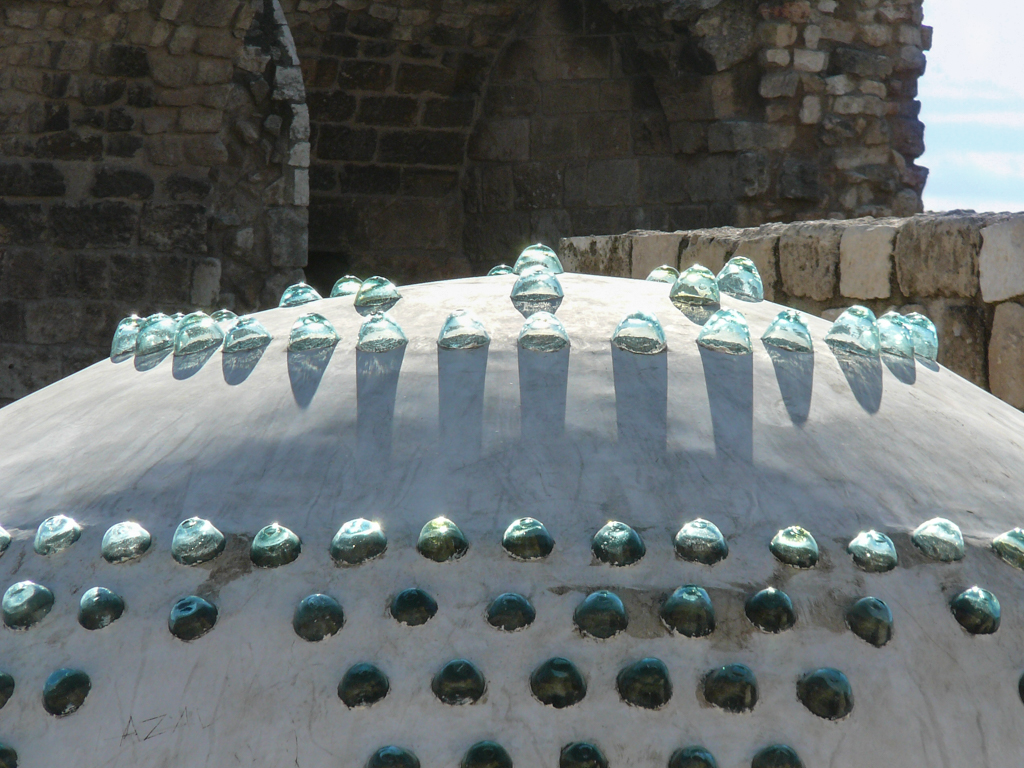 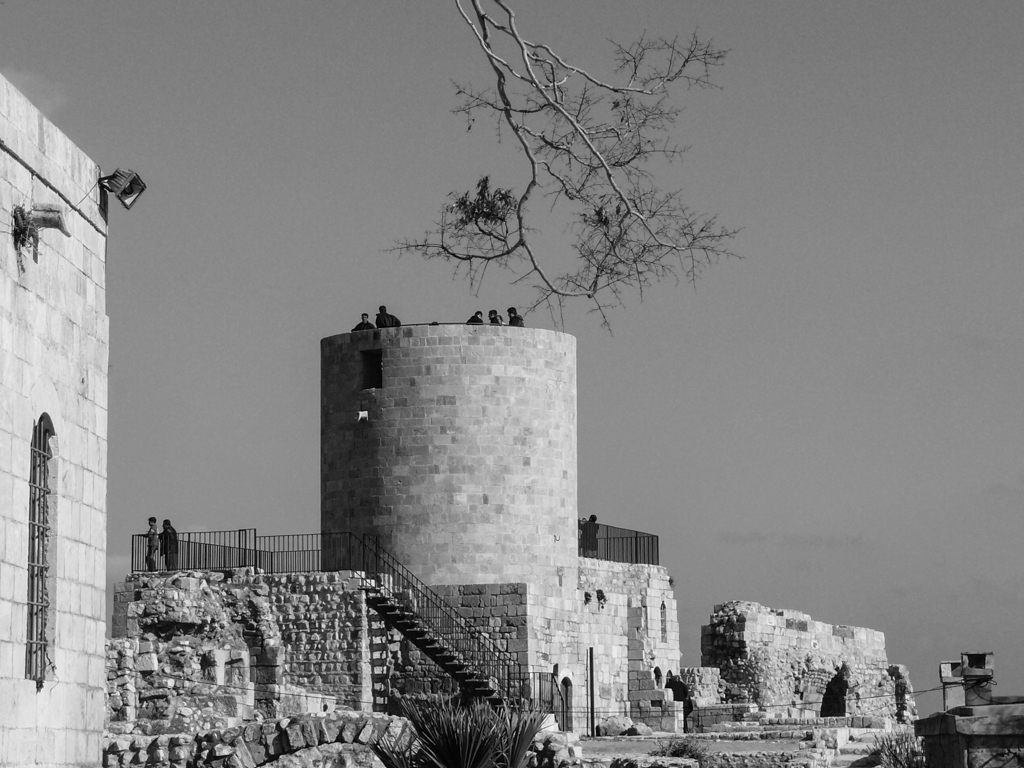 The citadel is the largest and by far highest structure in Aleppo and grants us a wonderful view onto the city in every direction. 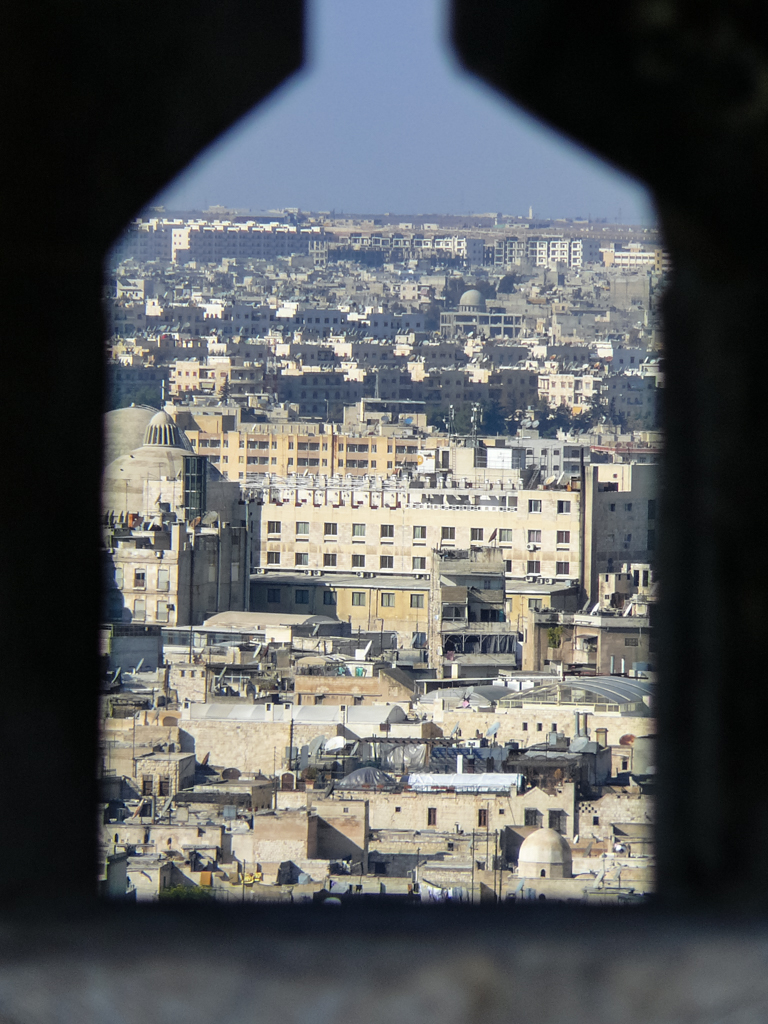 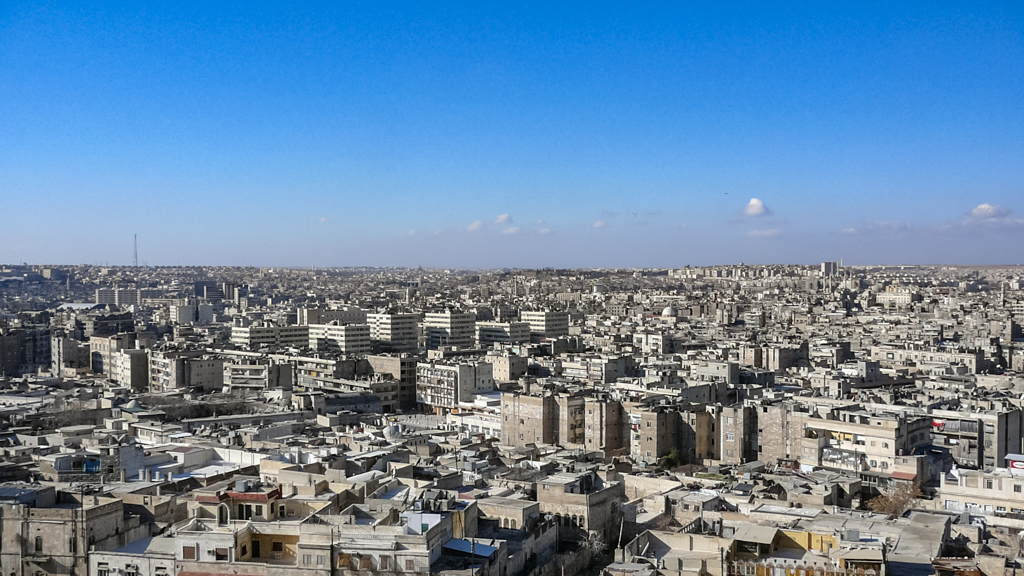 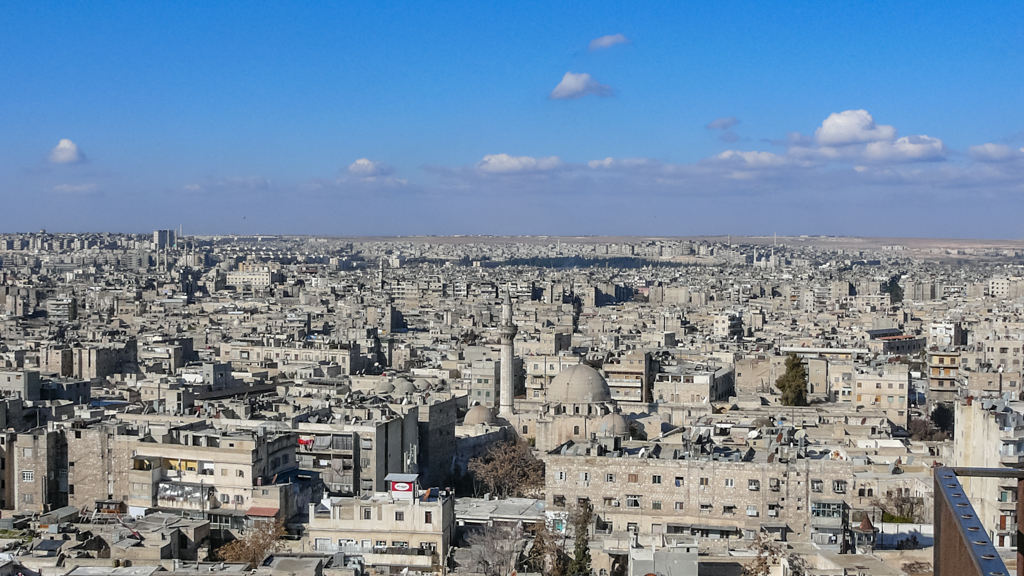 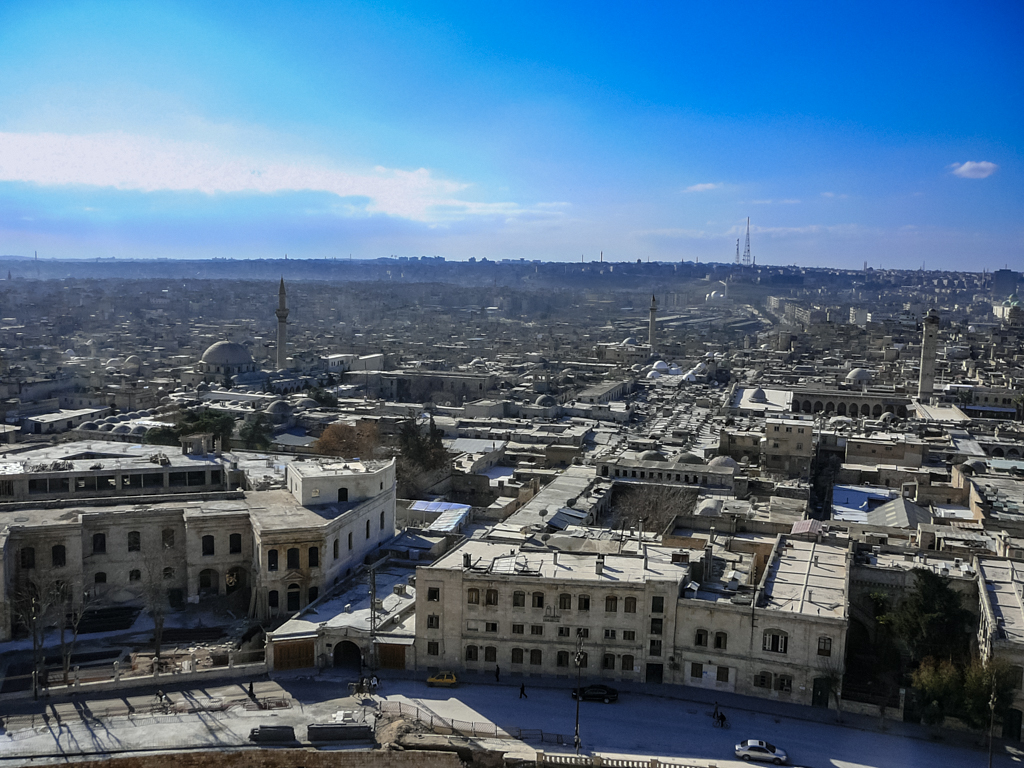 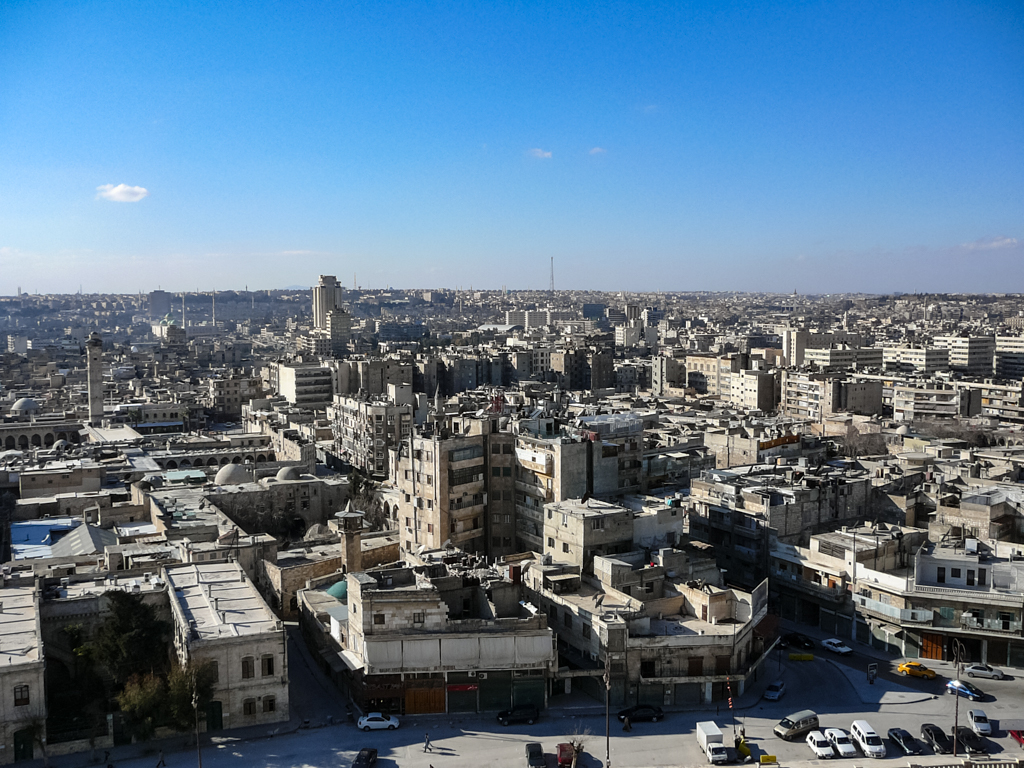 Aleppo is the second largest city in Syria with a population of 2 million people before the war broke out. For centuries it was home to a multitude of ethnicities and beliefs living together in peace. Aleppo was an economic center for the region, first as a waypoint on the silk road and more recently with its many factories and industries.

Aleppo had one of the oldest middle-eastern closed markets (souq). The souq was divided into sections for food, spices, clothing, fabrics, ropes, jewelry, and many more. The alleys were packed with business people haggling, shoppers in the search for the perfect mix of spice, salesmen loudly announcing today's special offers, young men on bicycles, and the occasional donkey pulling a cartload of goods destined for the shops. 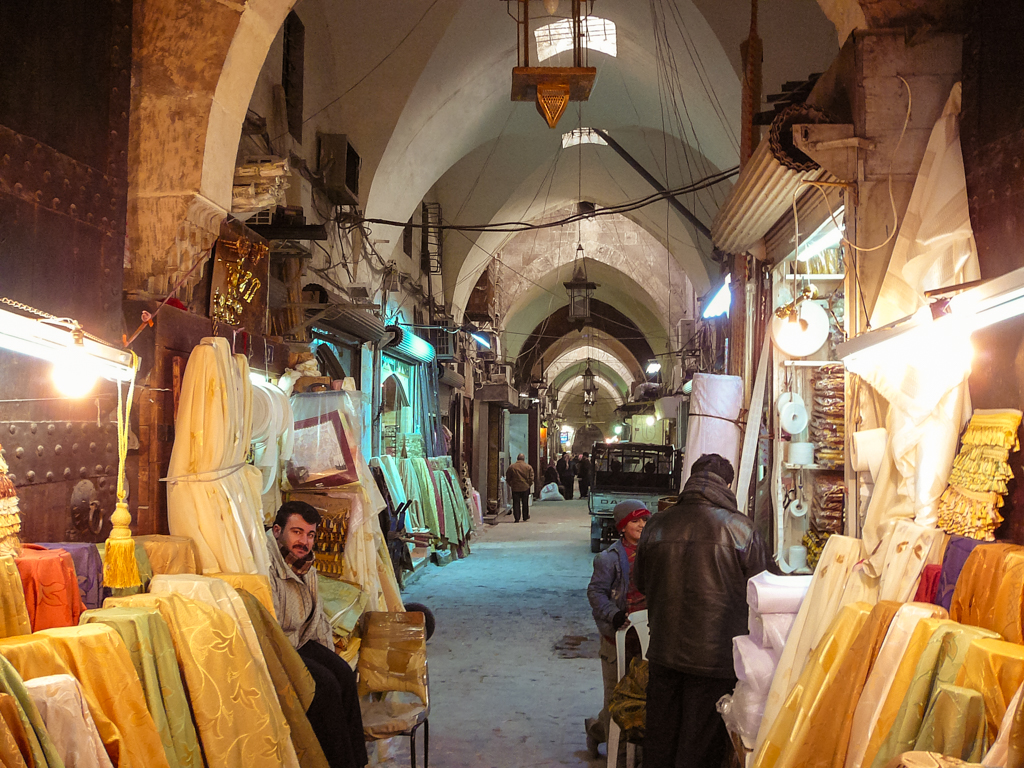 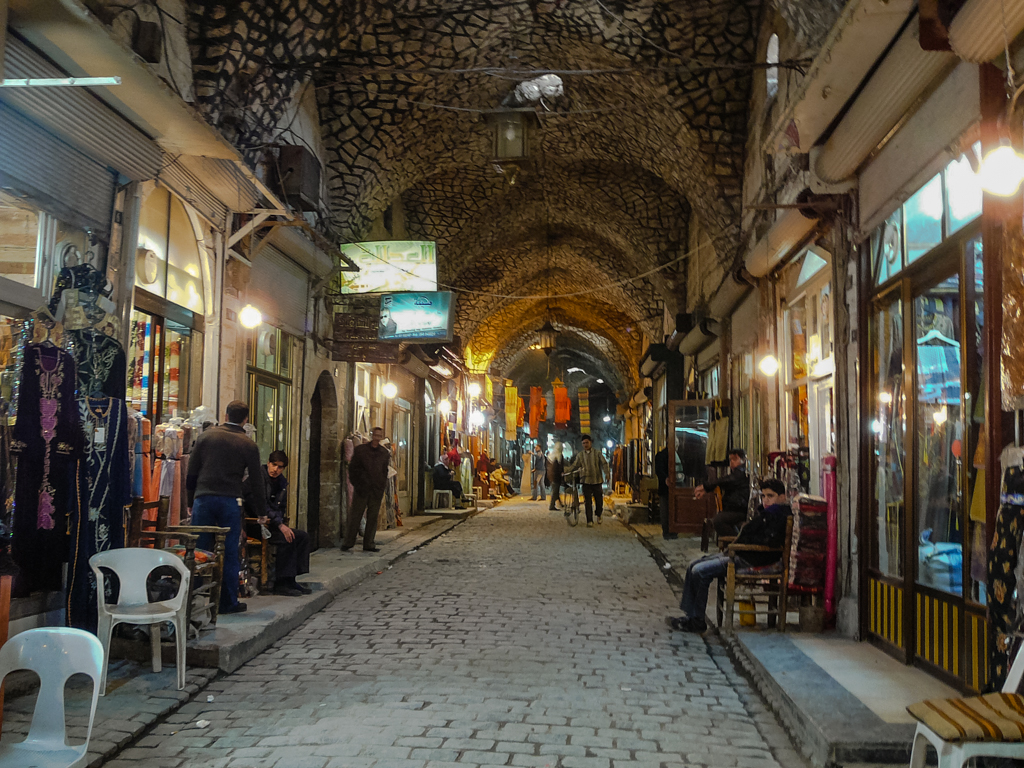 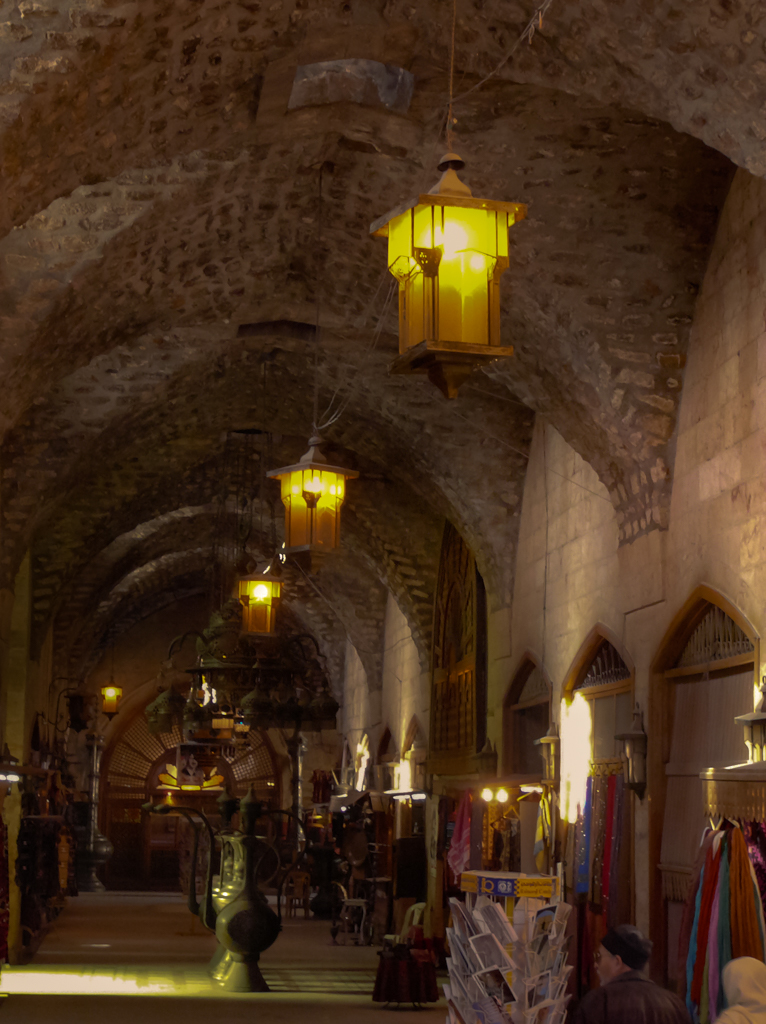 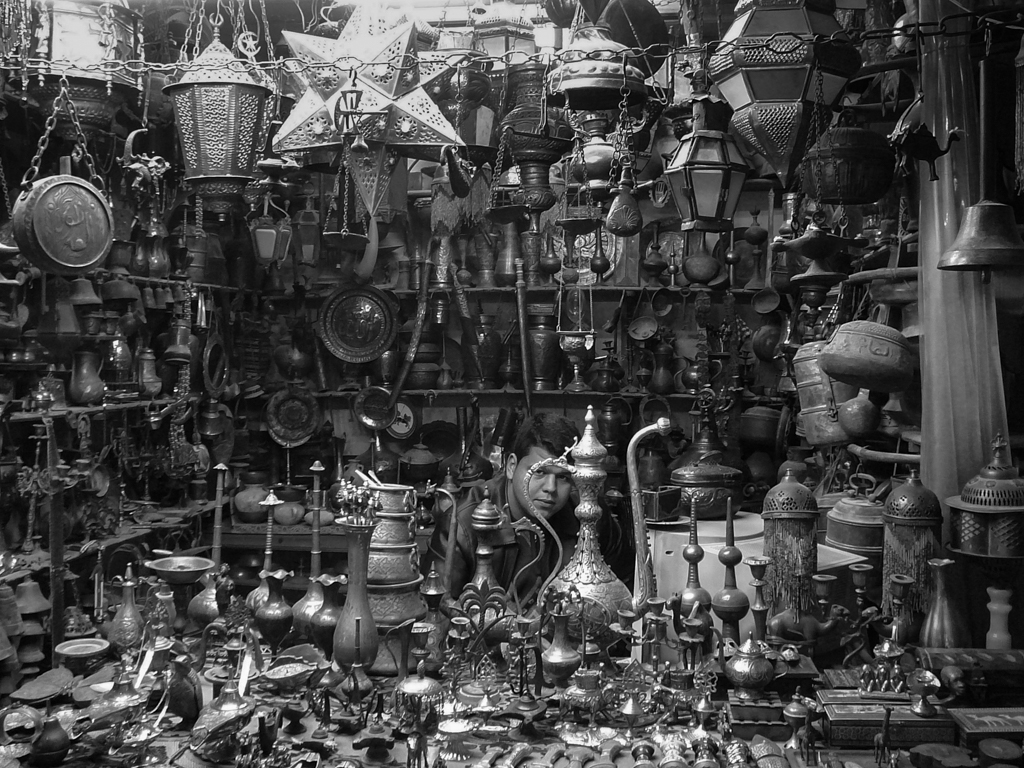 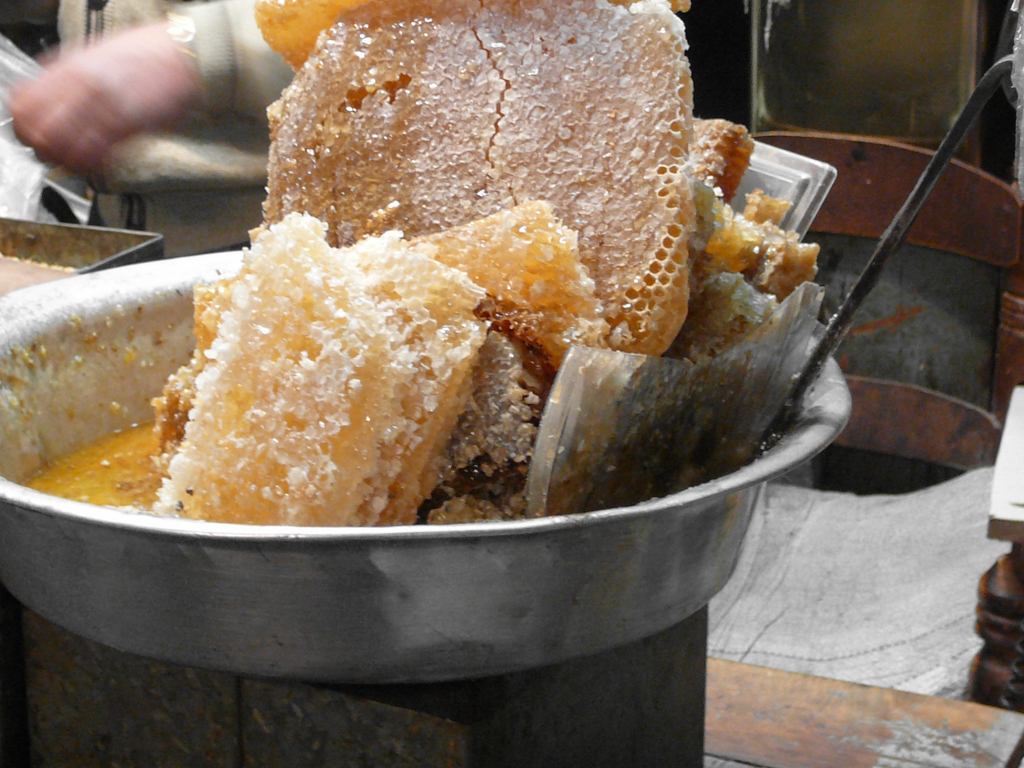 Unfortunately the souk was completely destroyed in a fire in 2012 due to the armed conflict.

Aleppo, its alleys, courtyards and people

Over the last 5 years half a million people were killed and 1.9 million wounded in Syria. Roughly half the population has been displaced as a result of the war. And yet, governments around the worlds are unwilling to set an end to this tragedy.
What remains is the hope that the next year will bring a solution and finally peace to the Syrian people.
As for the city of Aleppo, I sincerely hope that once the warring parties lay down their arms, its people will come back to reconstruct what has been destroyed, heal their wounds and rebuild their lives. 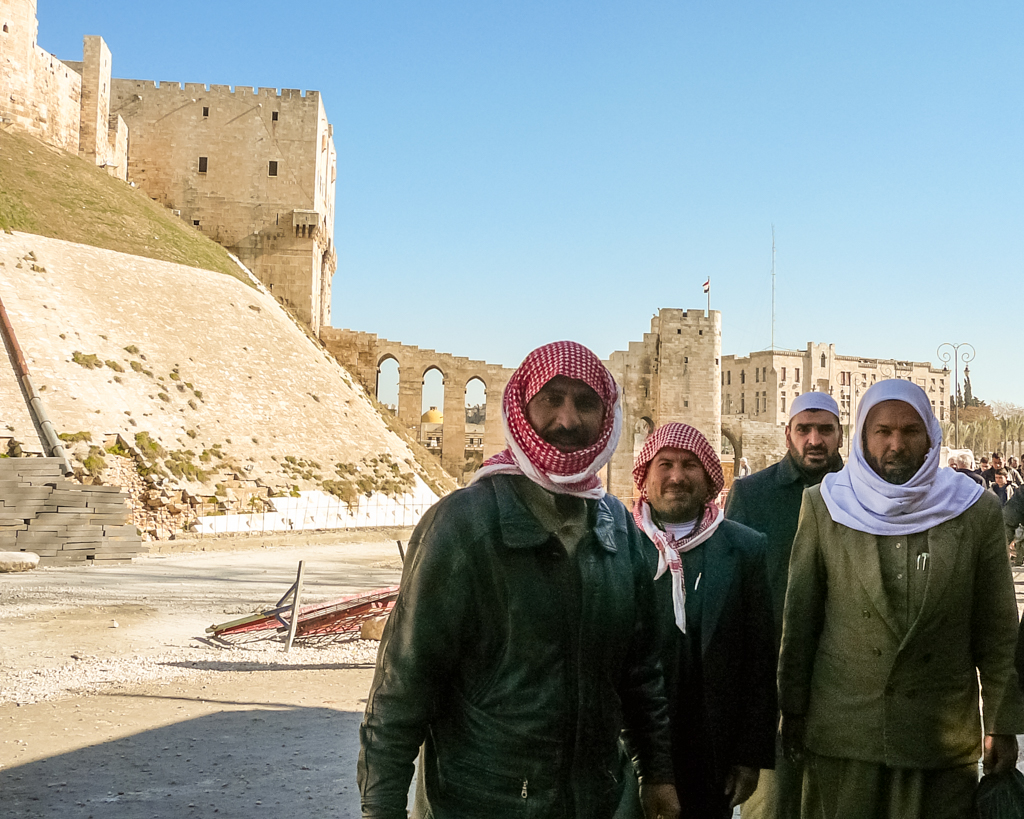 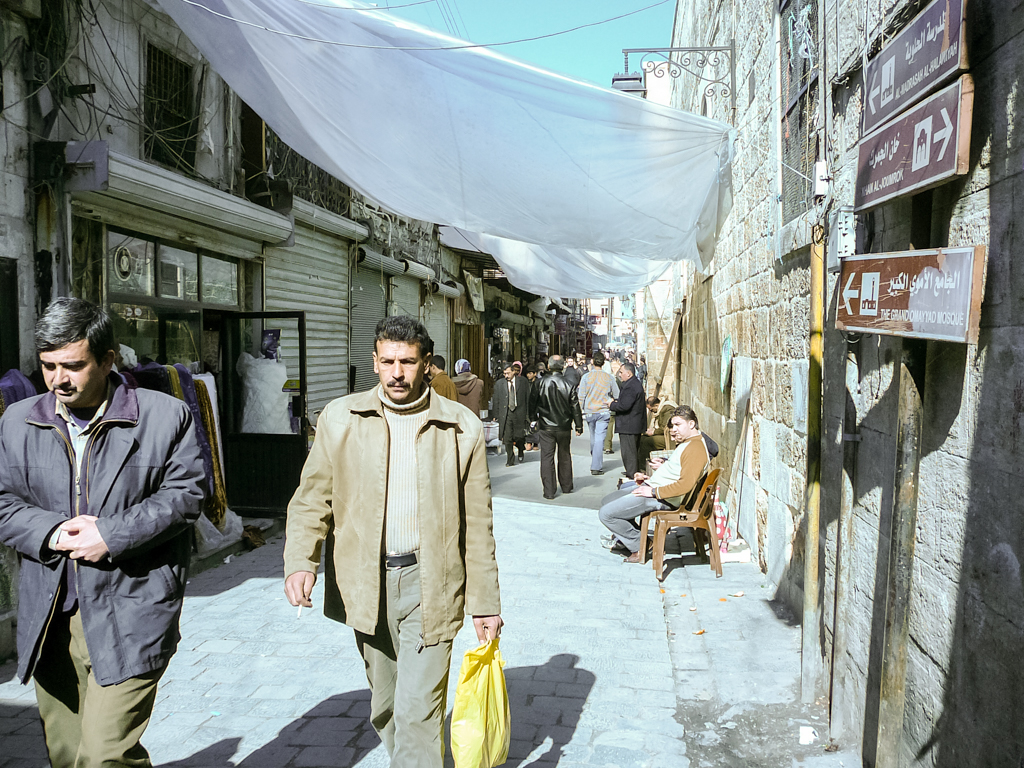 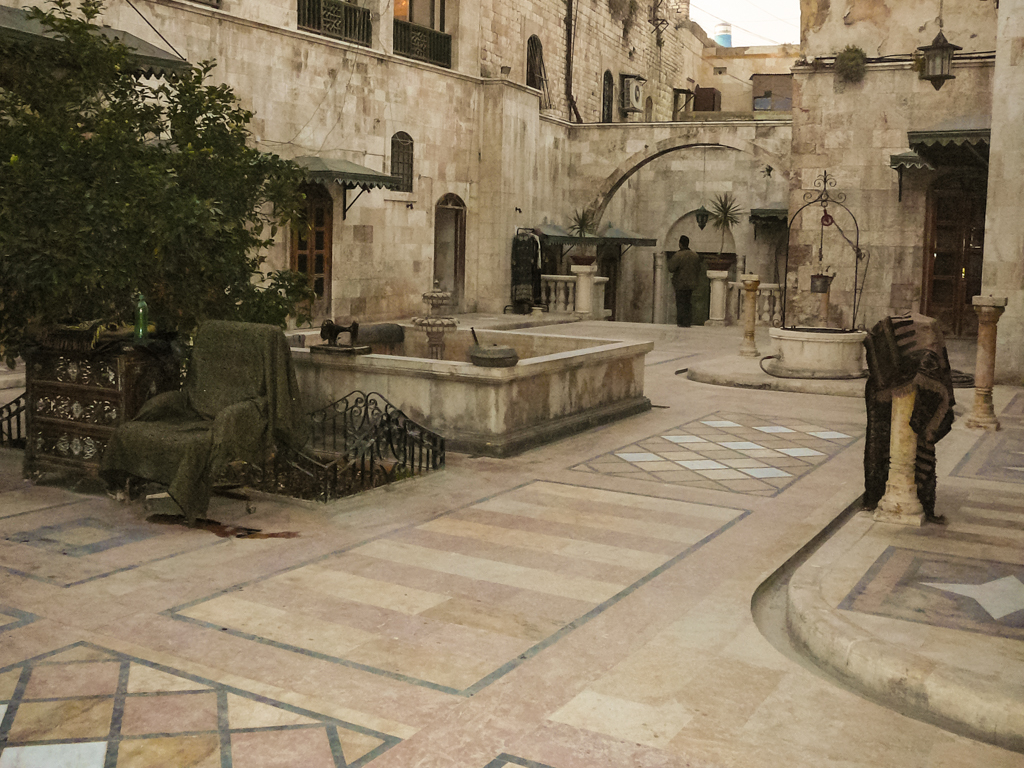 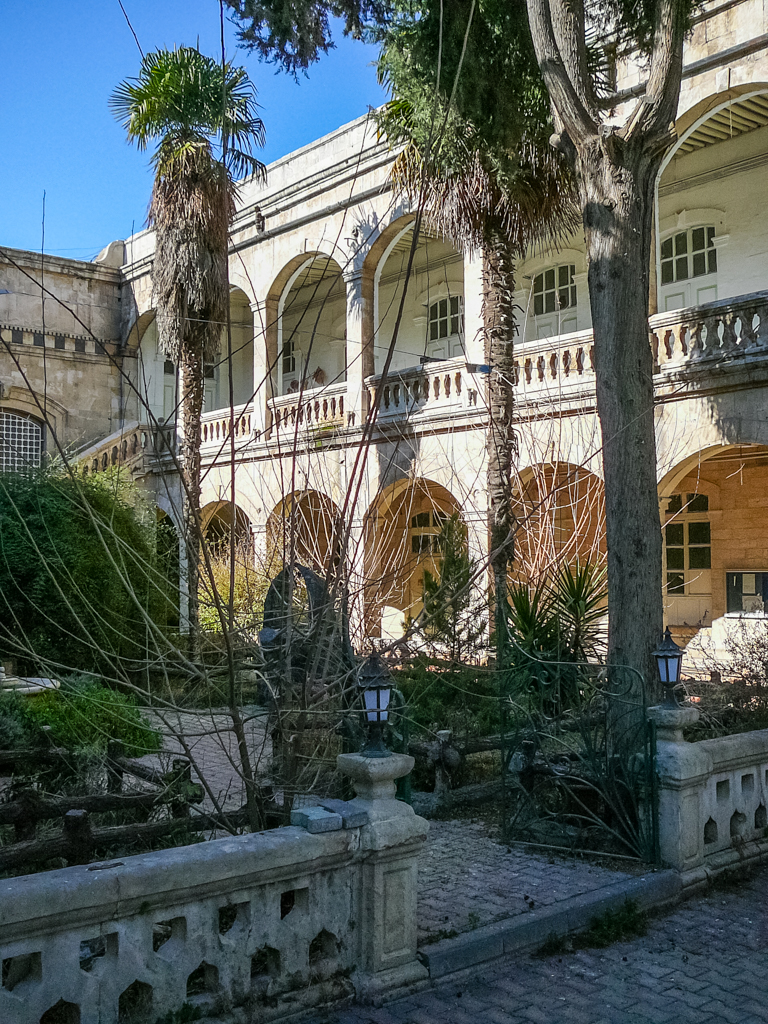 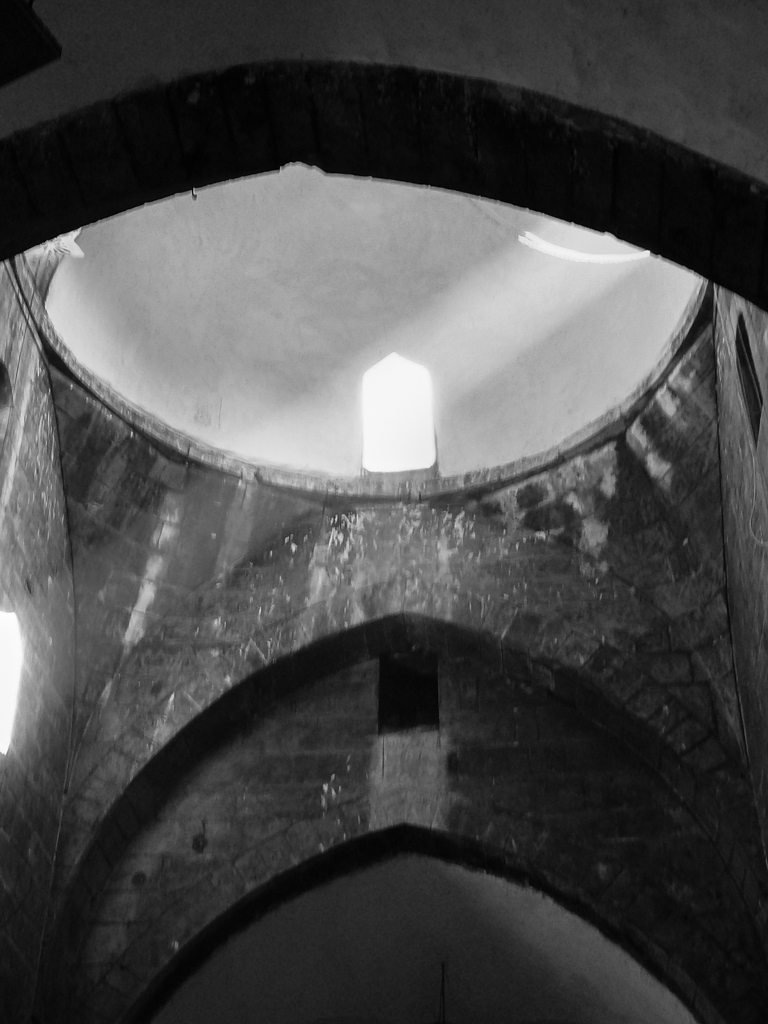 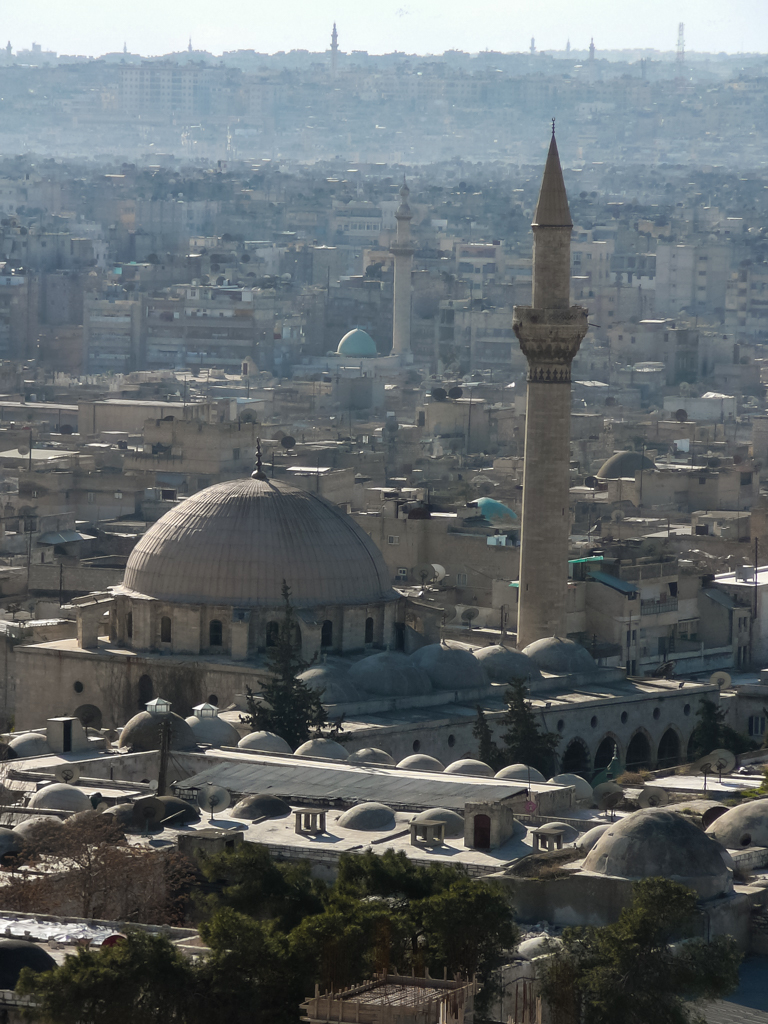 If you would like to help the people of Syria, please consider a donation to