For my first post here I would like to present a few photos I took on my trip to Madagascar earlier this year. Madagascar is known for its unique biodiversity (over 90% of its wildlife is endemic) and its ecosystems ranging from lush, tropical rainforests to arid extents of deserts. While traveling from Antananarivo to Tulear I had the chance to visit several national parks and enjoy the stunning landscapes revealing themselves along the road.

From Antananarivo to Tulear 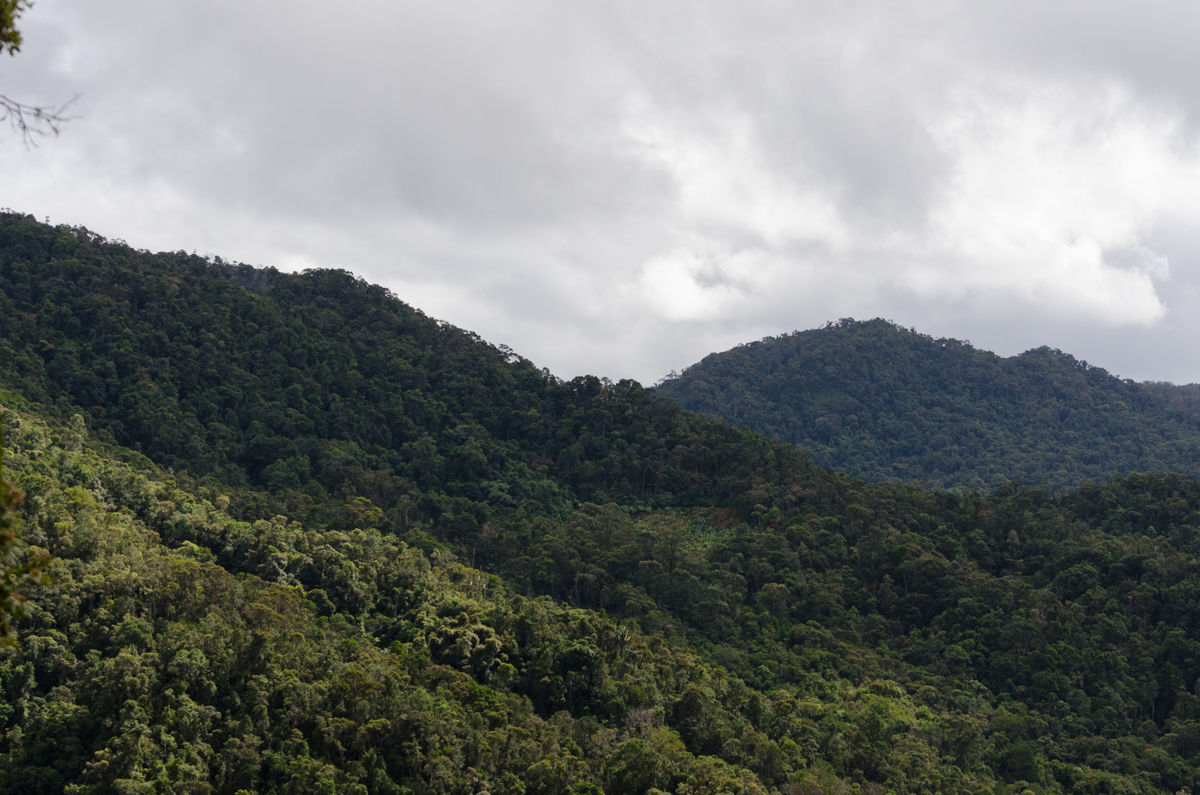 Ranomafana national park is in the mountainous and tropical east of the island. It is split into three parcels of which one is accessible to tourists, one only to scientists studying the park's fauna and flora and one only accessible to park rangers providing the animals with a place to retreat to.

The "main attraction" of the park are of course the lemurs: 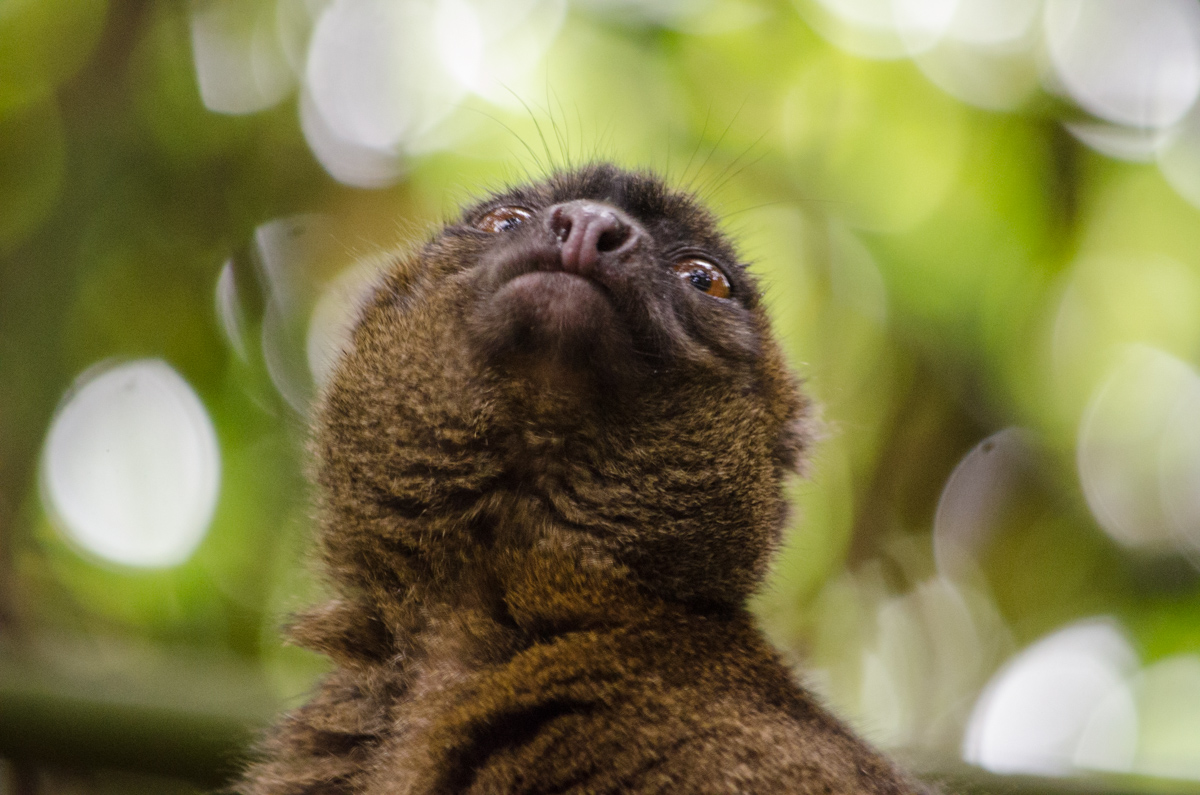 But many other animals and insects could be spotted with a bit of patience: 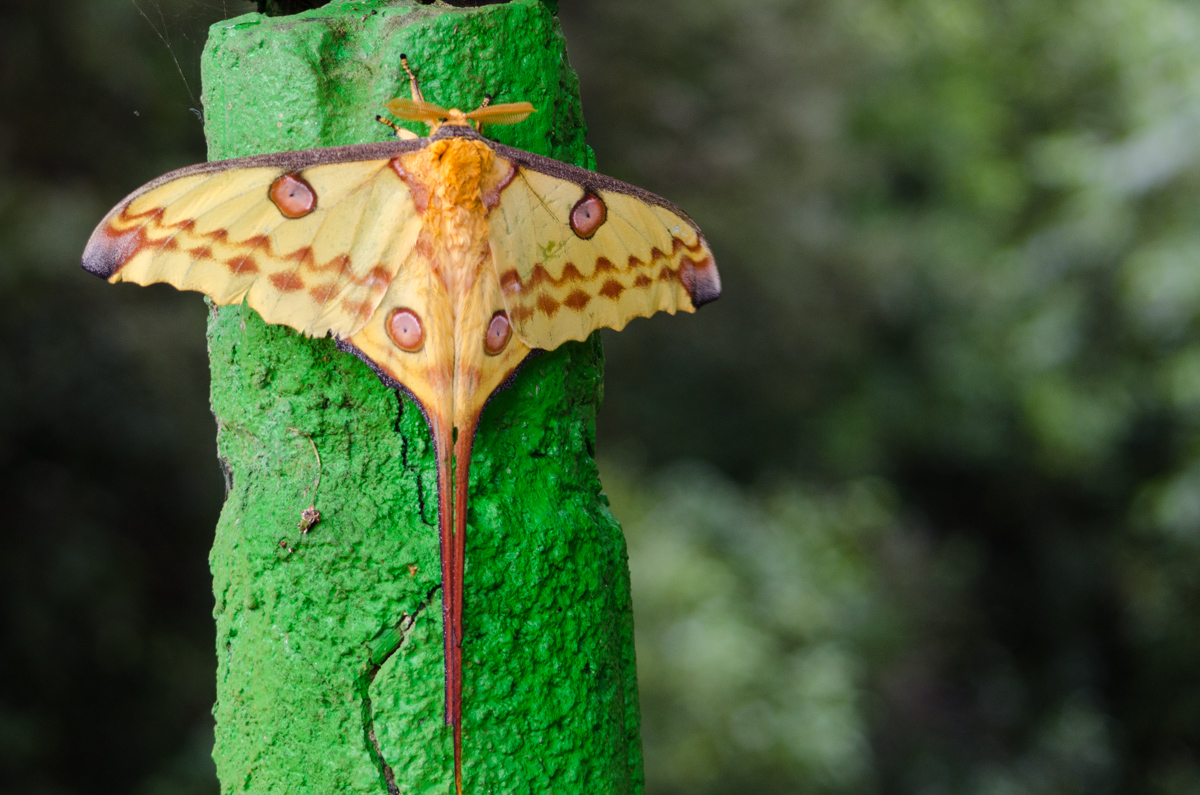 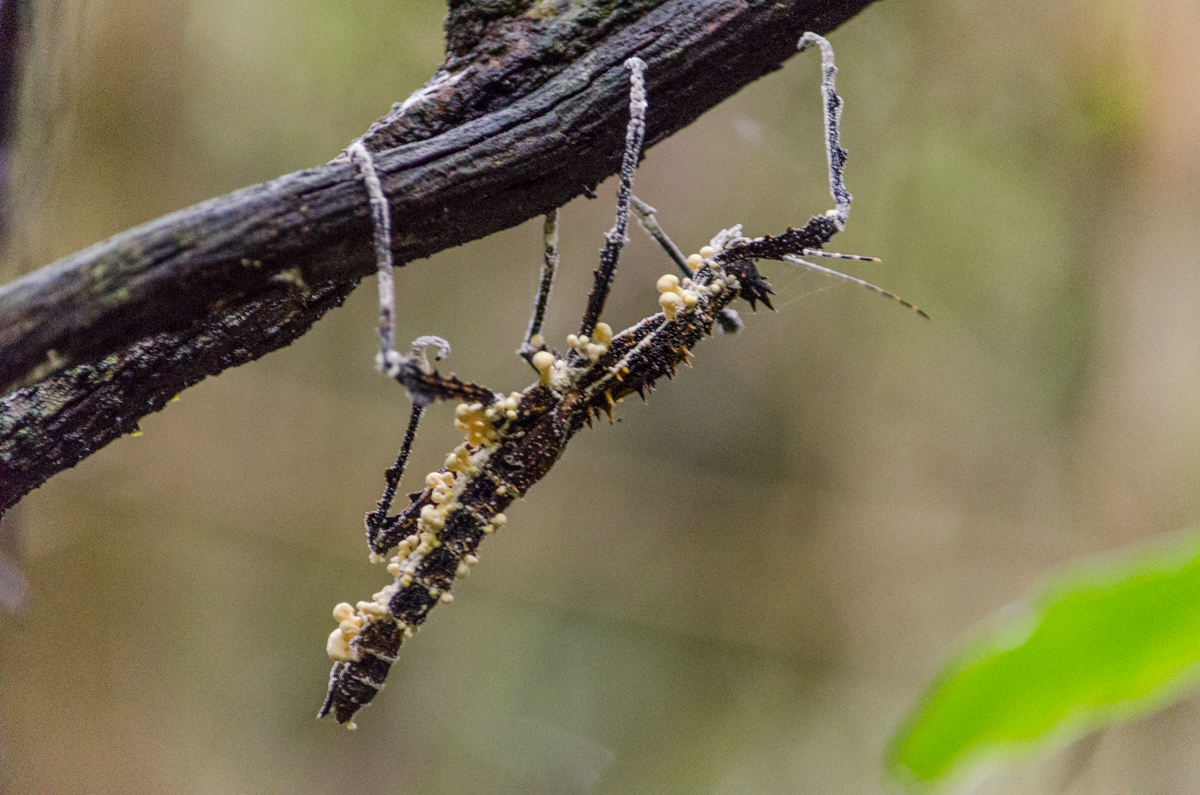 Further west the steep slopes of the eastern mountain range of Madagascar drop onto a high-plateau broken by isolated steep rocky hills. At first the vegetation still supports a large diversity in plants and animals but the further we travelled west the more dry the land became. 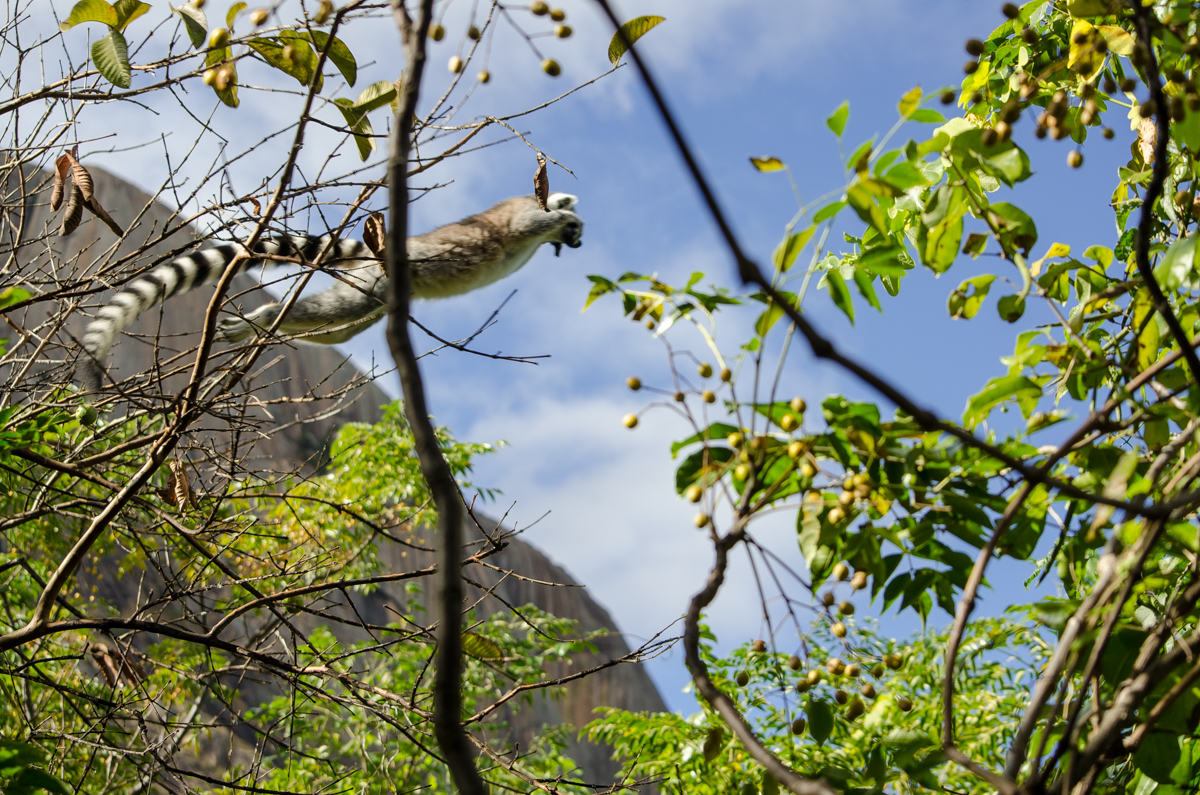 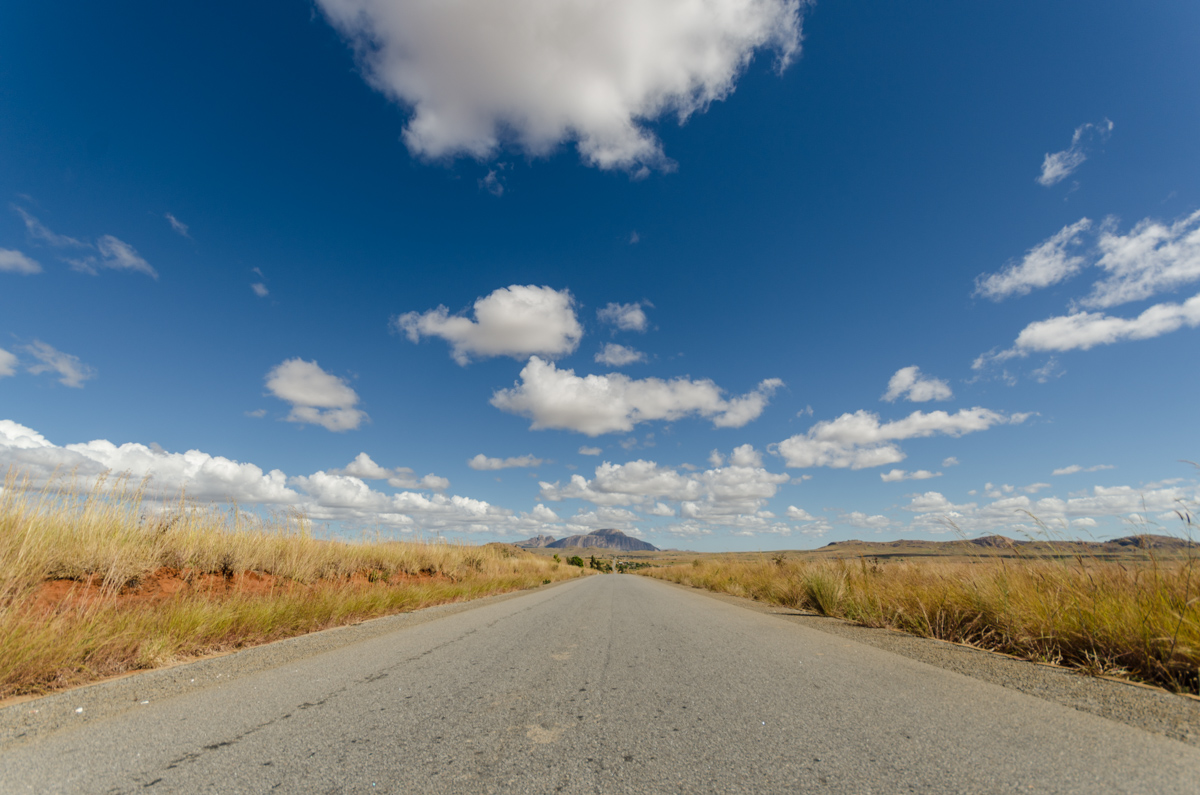 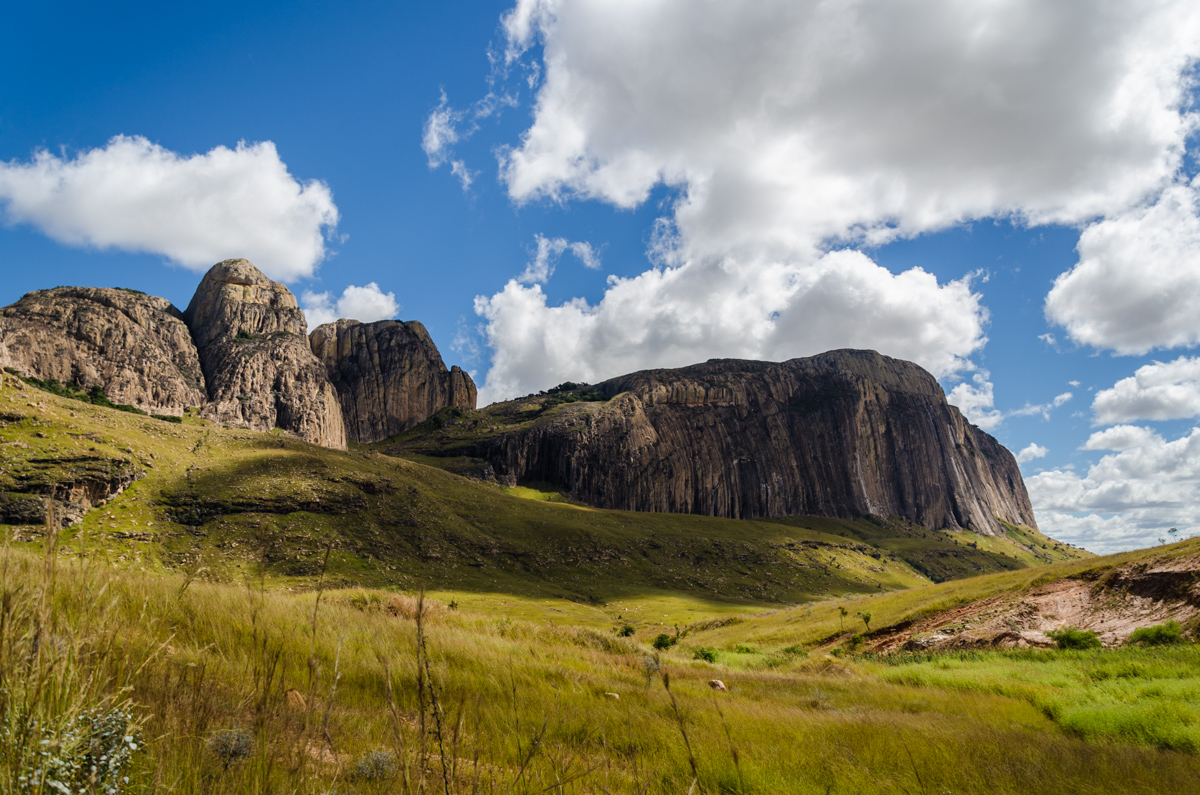 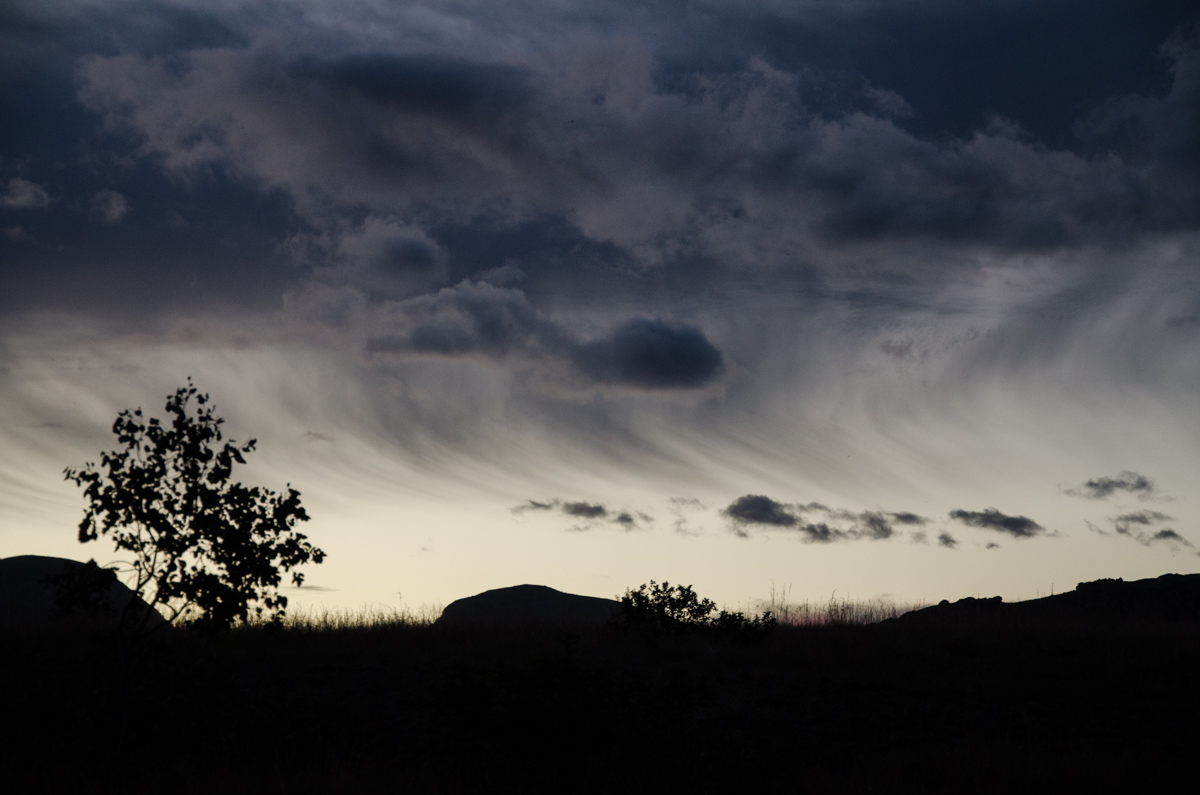 Traveling even further west, almost reaching the western coast of Madagascar the high-plateau drops into a dry grassland. 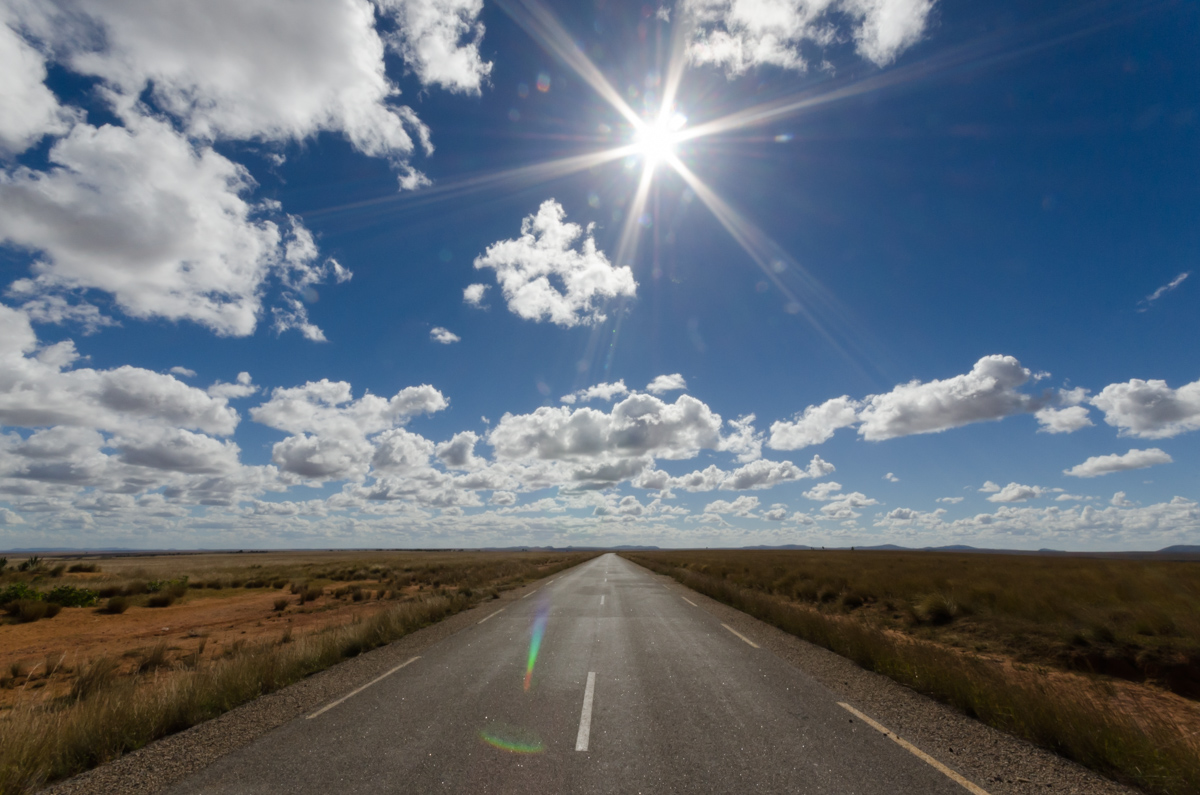 The Baobab tree: one of the plant species that adapted to the dry climate found in western Madagascar 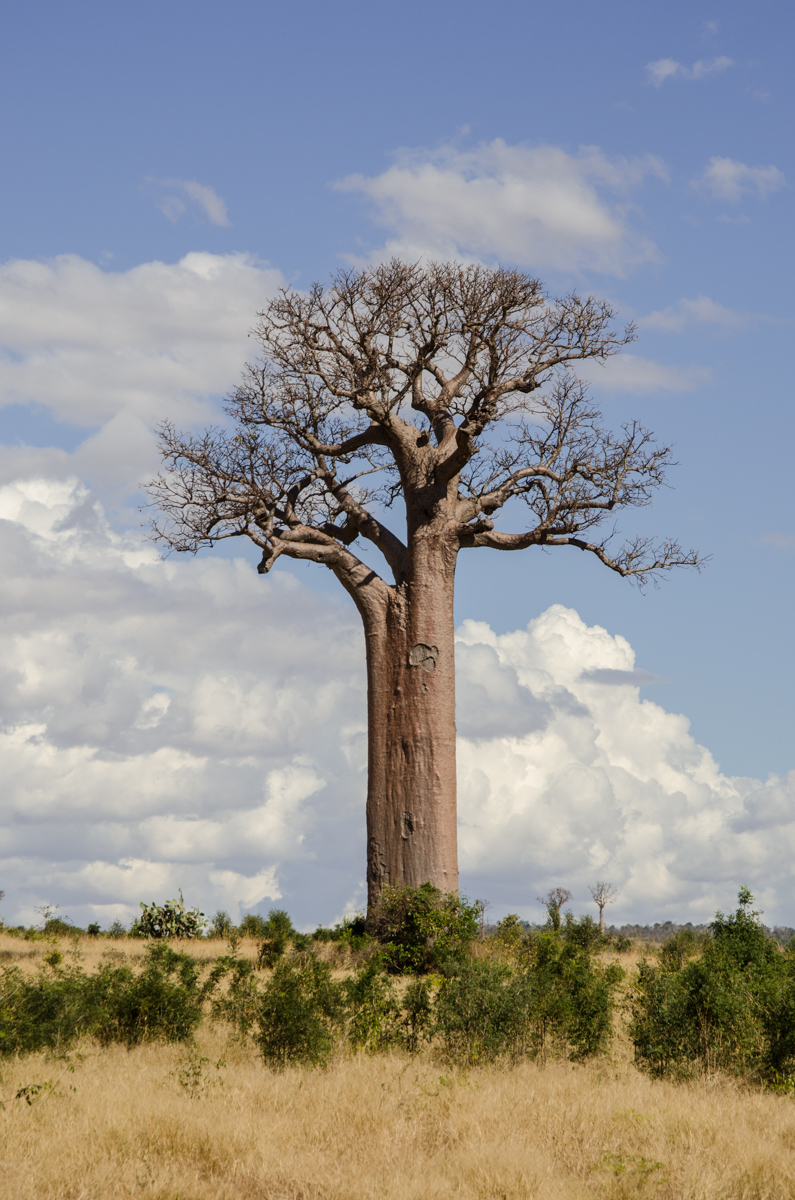 On the 1000 km through the island I also had the pleasure to meet the kind people of Madagascar. What follows are a few portraits of the people we encountered on our trip. 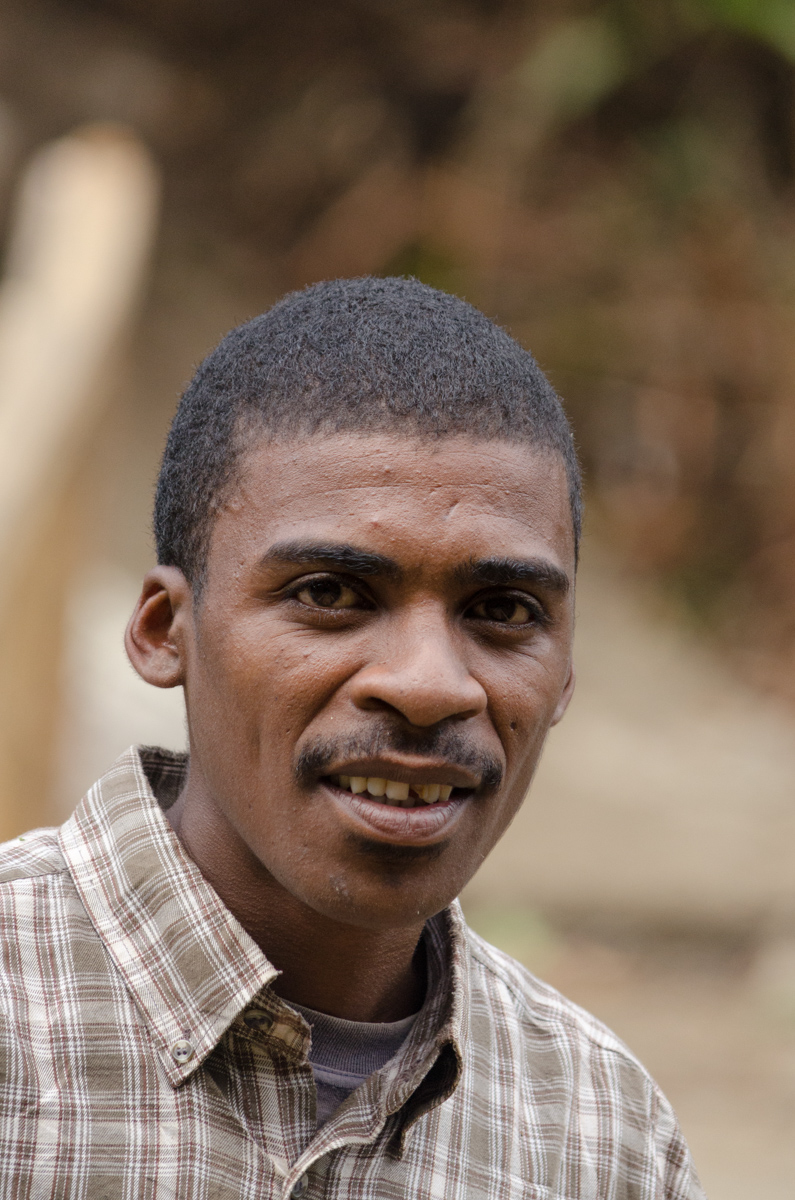 In the Ranomafana national park we had the luck to have him as our guide's assistant. His job is to go ahead and find the well hidden animals in the forest and guide us to them. But much of our trek through the forest he was leading us directly to the spotting sites and pointed out to us many plants and animals we would have otherwise missed. His motto: "The forest is my office, so all the animals are my friends!" 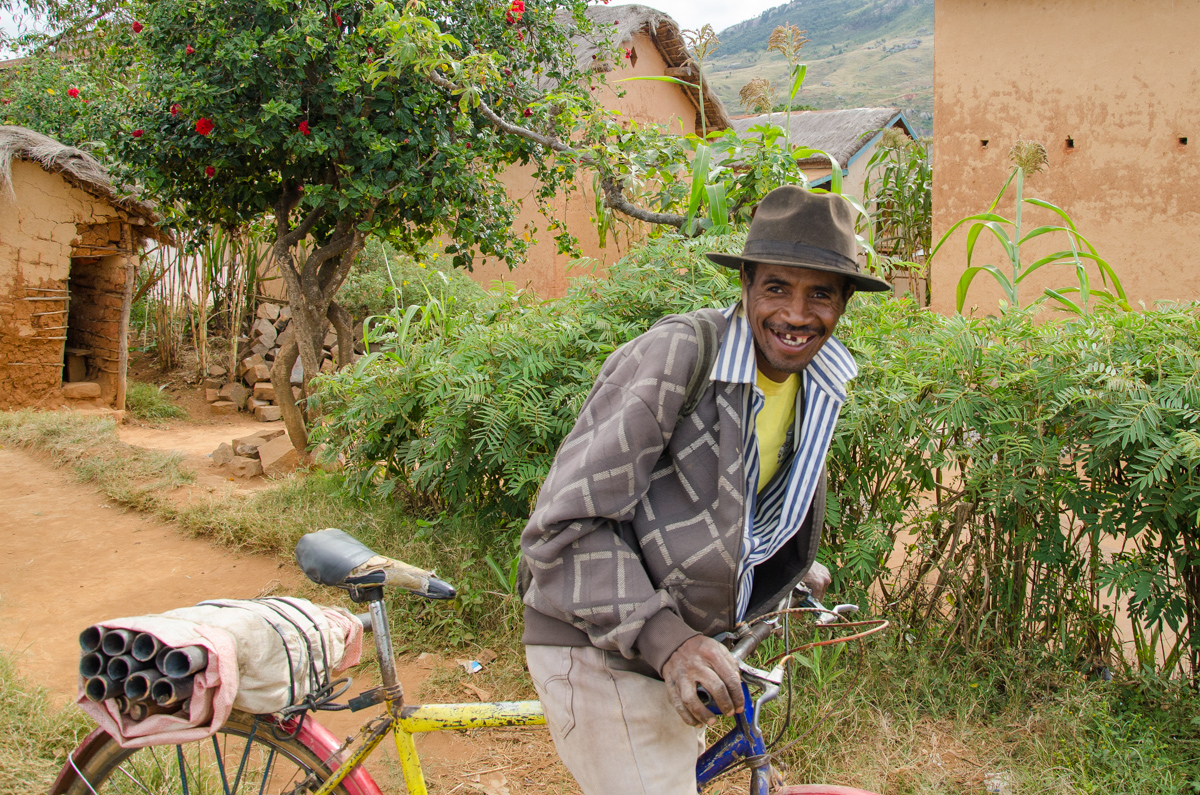 We met just for a brief moment when our car got held up by a Zebu herd being led back from the weekly Zebu market.
He was one of the few villagers riding a bicycle. The main mode of transportation between the villages is on foot. 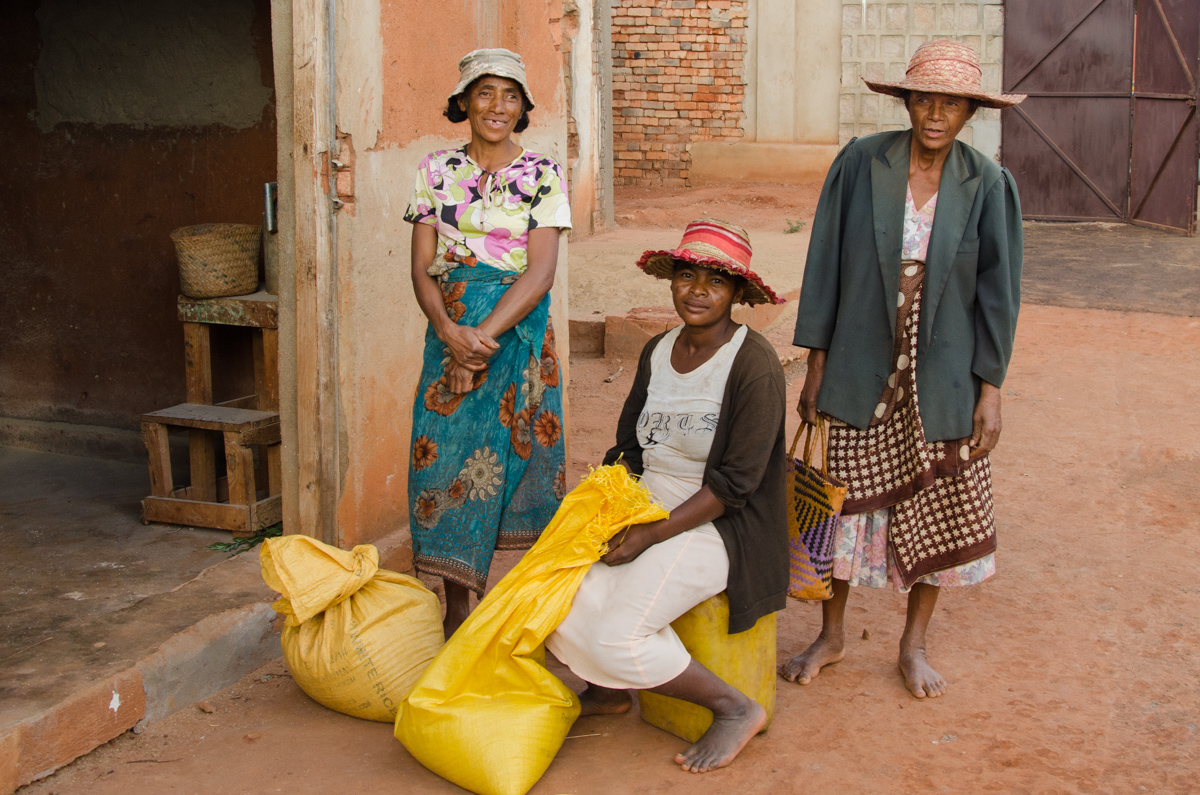 In Ambalavao several community projects were being built up. We met these ladies in the local silk farm returning from one of the neighboring villages. 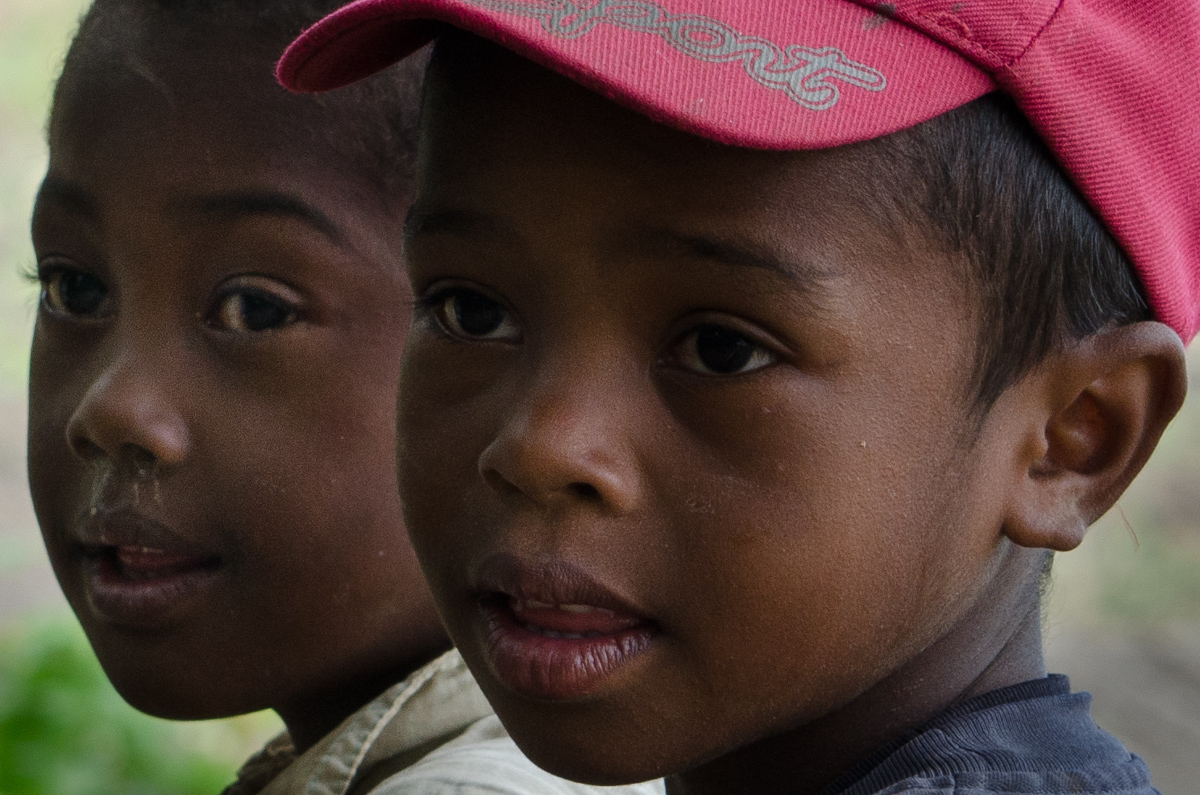 The Anja nature reserve is located between several small villages. The local villagers take care of the park and show the tourists around. These two kids were watching us while we were stumbling about the park looking for ringtailed lemurs (like the one seen in the first photograph of this post). 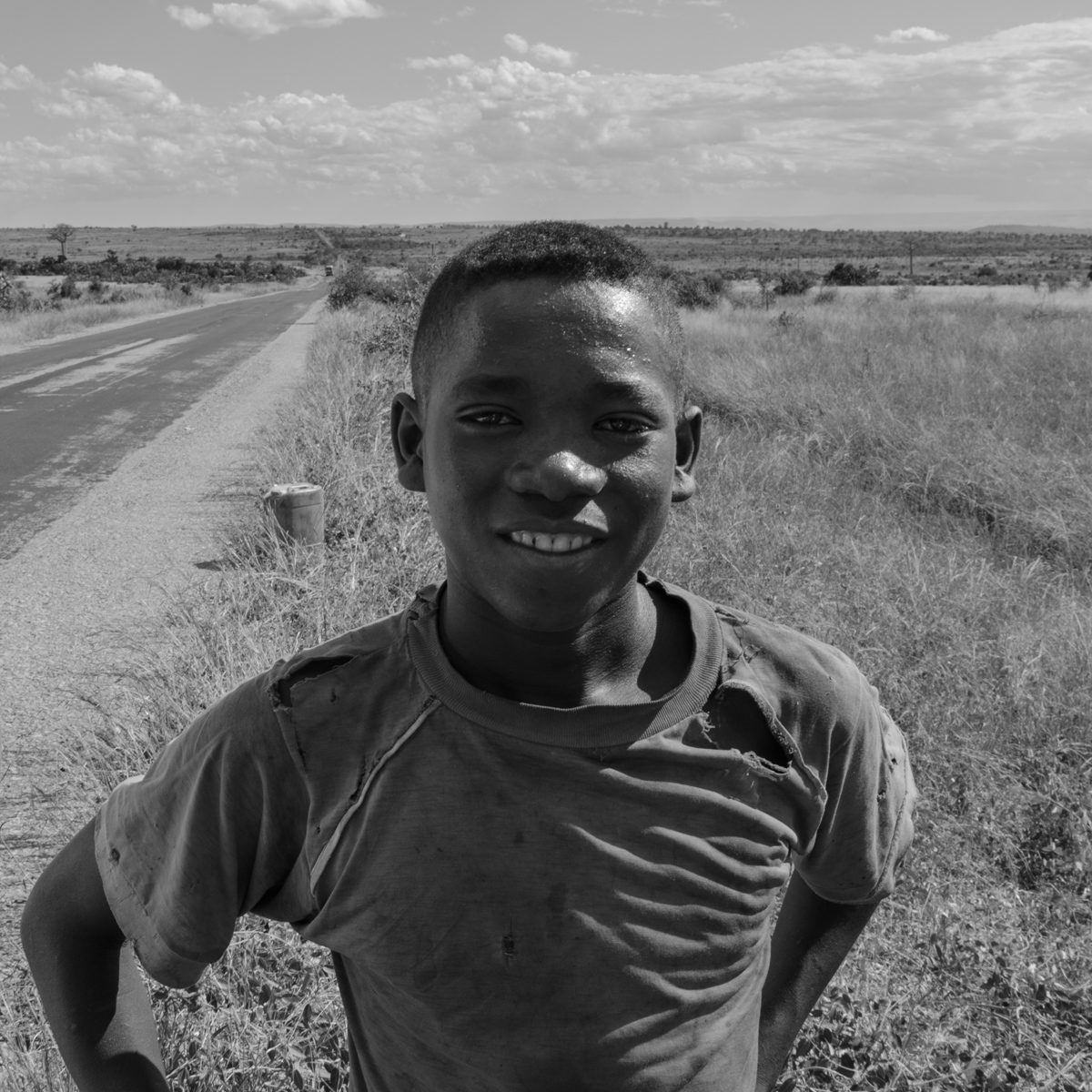 With all the marvelling at Madagascar's nature and landscape it is easy to forget that it is one of the poorest countries in the world. The country has very little infrastructure and little resources for health care or education. In the villages the children are often seen helping their family with the day's work. We met this boy together with a few other children just outside a village carrying water and food. 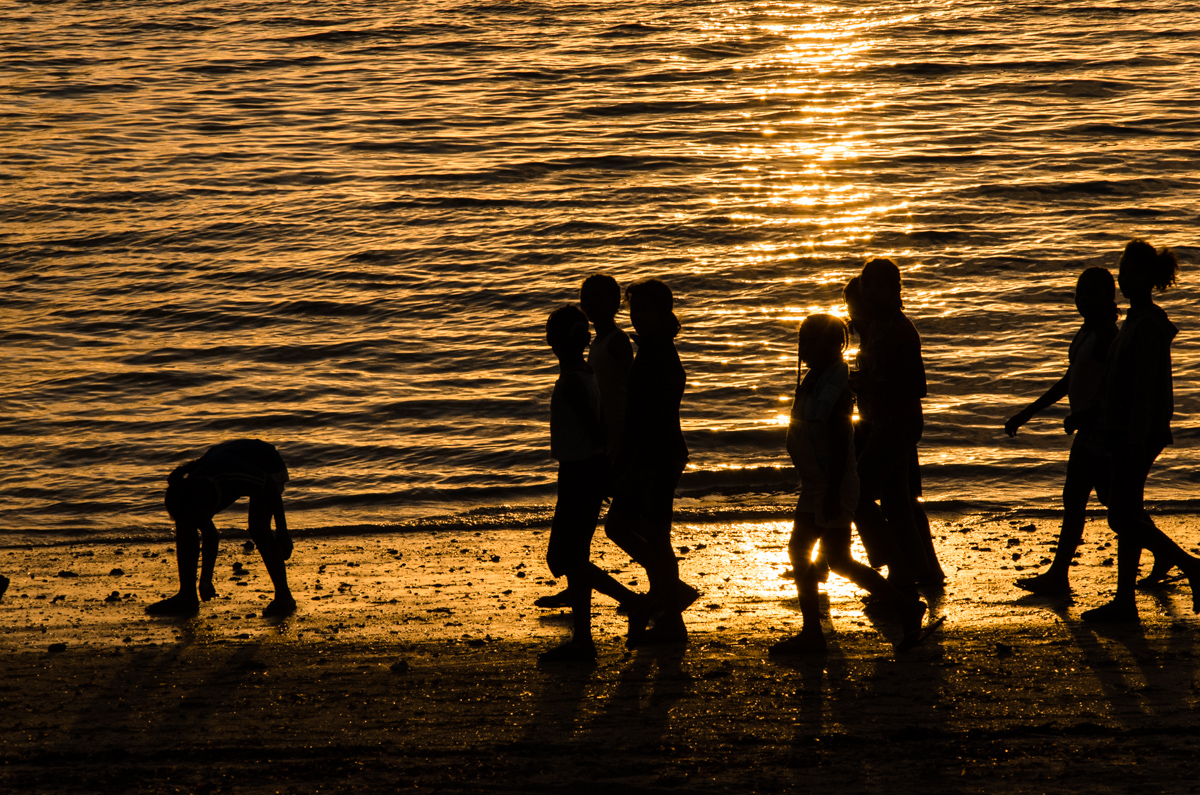 Children playing, chatting and laughing while walking home along the sea. 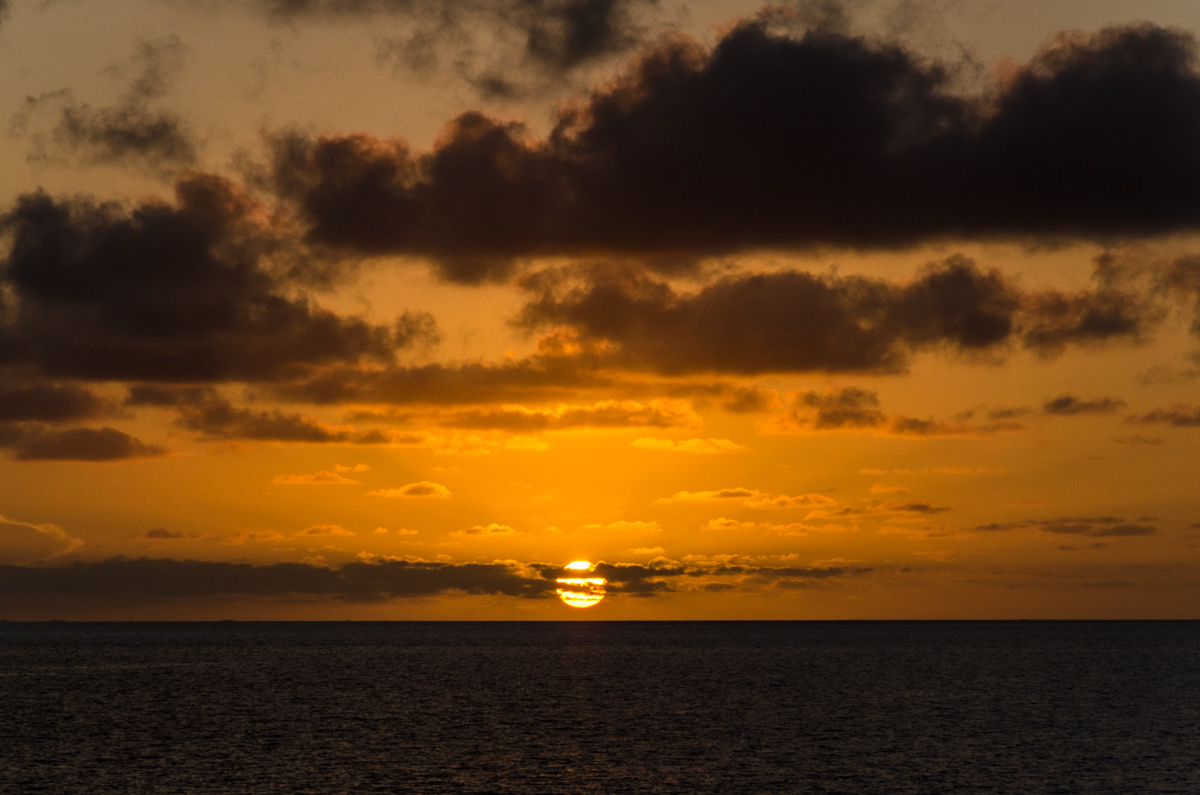