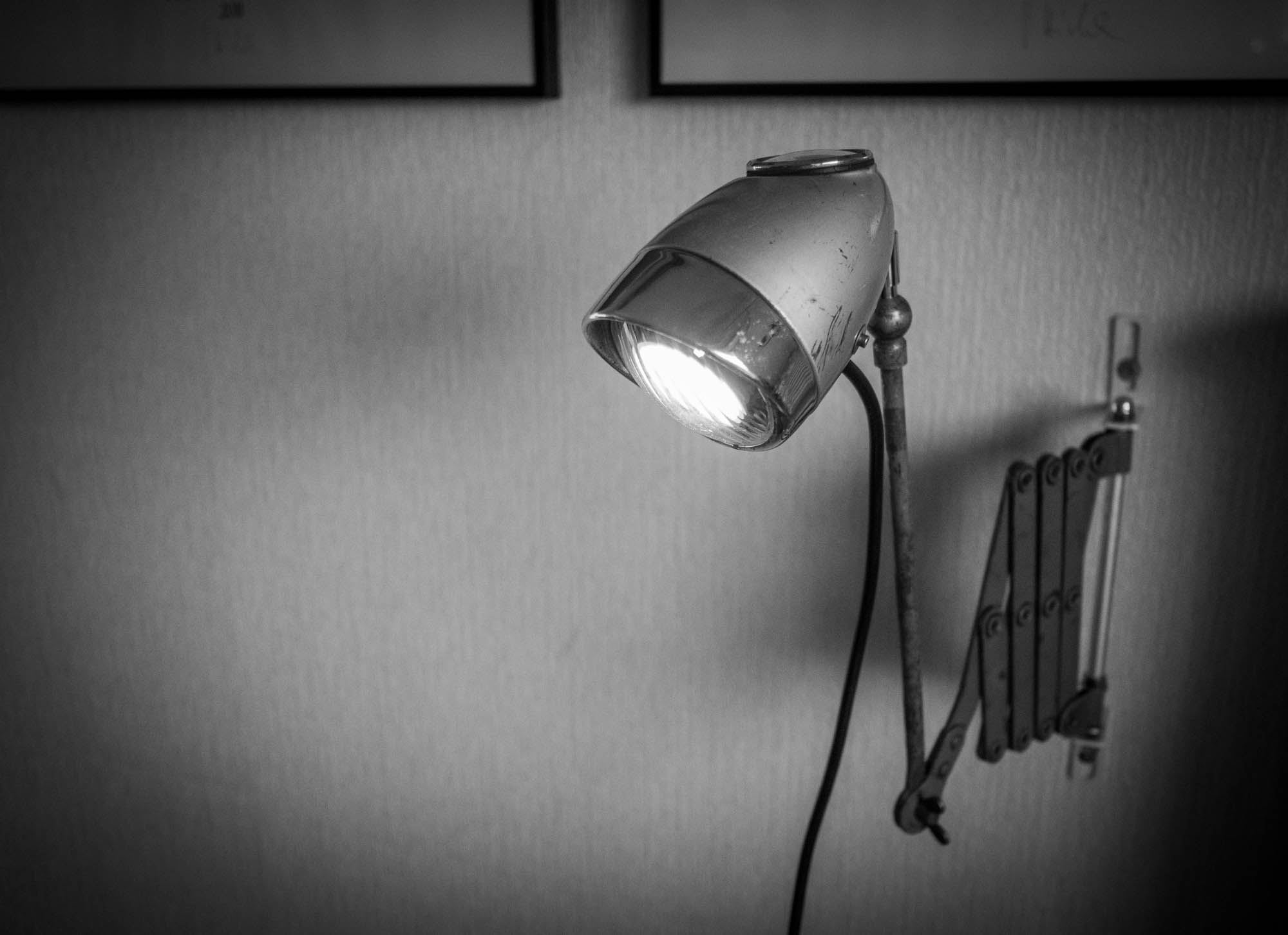 On the Foire à la Brocante at L'Isle at the Jura feet I recently acquired an old lamp from a moped, and a few booths further an industrial folding lamp holder. Just cost me a few bucks... 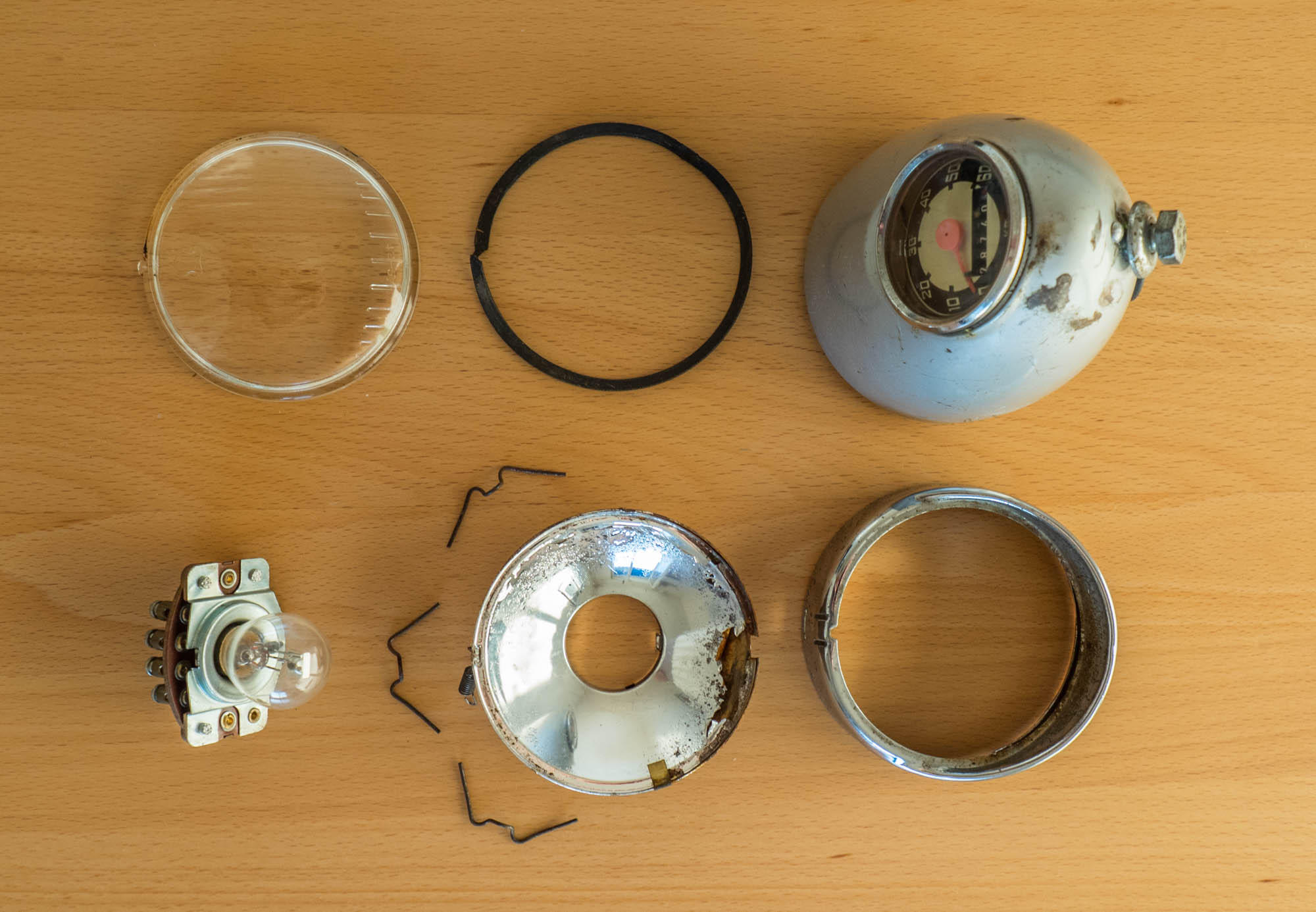 First step was unmounting and cleaning the lamp. The seal of the front glass fell into crumbs and the reflector was close to this state as well. 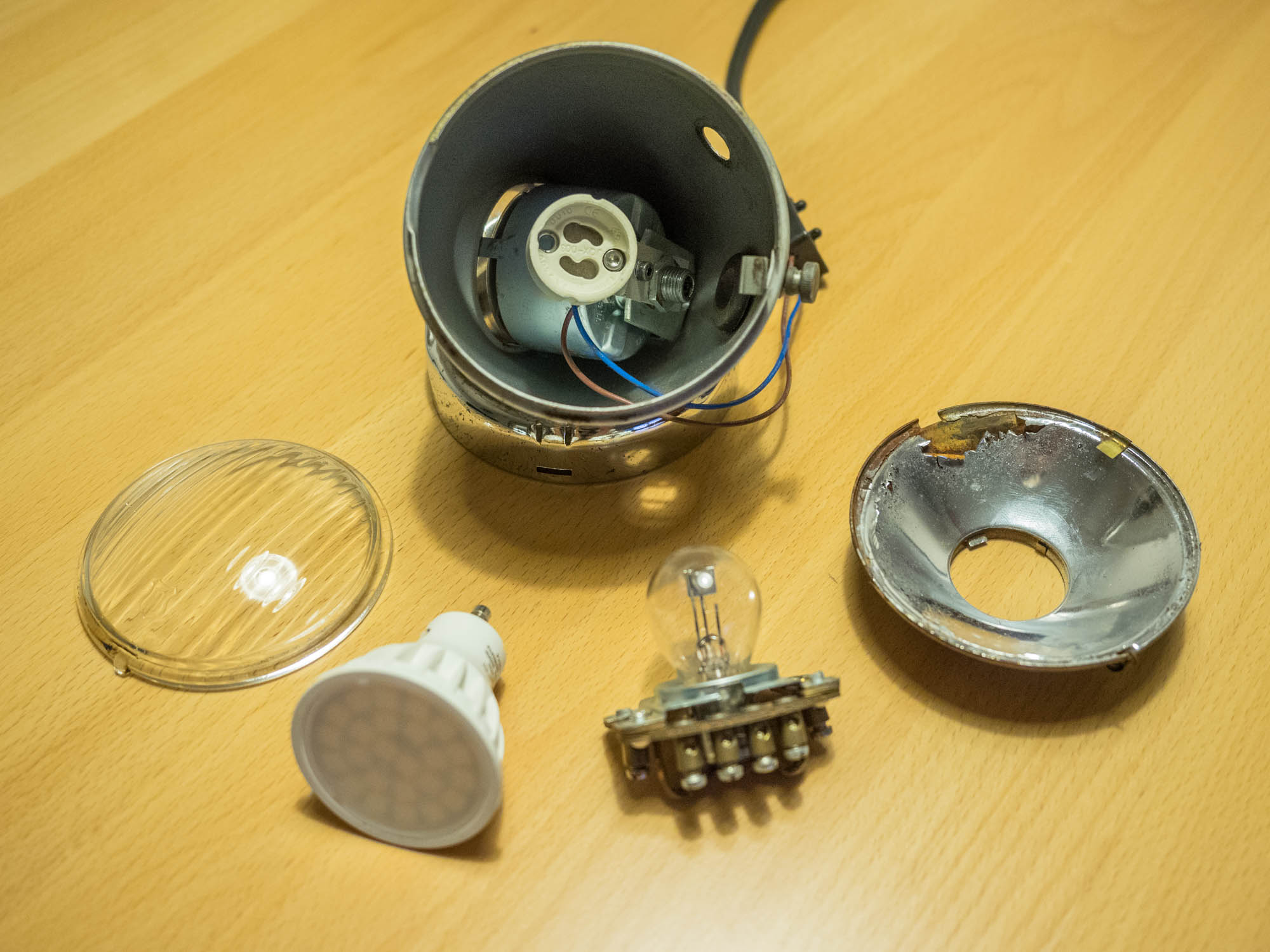 That's why I removed the whole crap with the old style bulb and built in a modern LED lamp fitting. There was just enough space as the speed indicator is pretty bulky.
Instead of the seal the glass received a silicone coat on both sides. 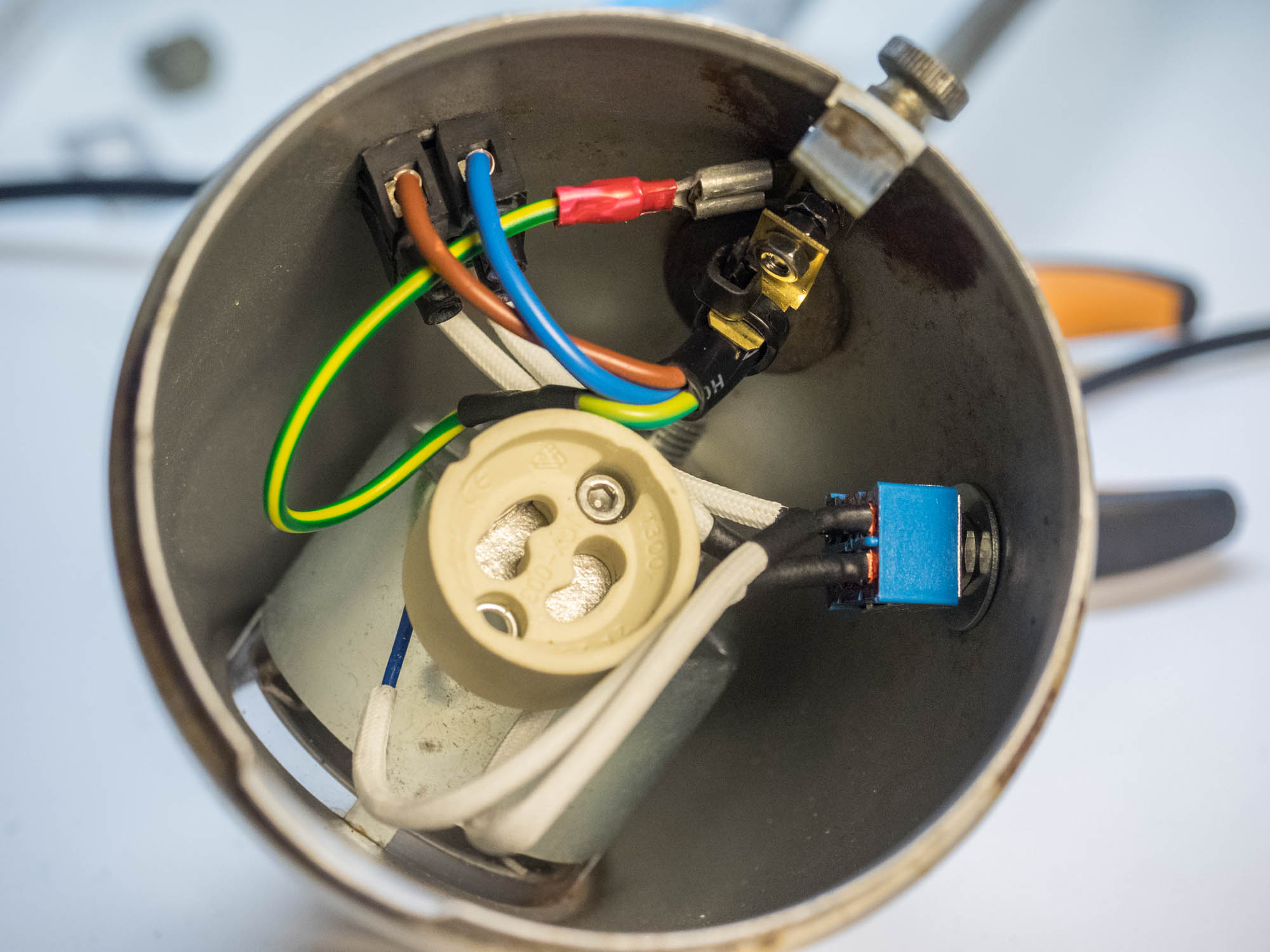 Final assembly with an On-Off switch and electrical grounding

Designed a lamp fixture which allows the lamp to turn and extend freely around it. And finally the whole thing built together: 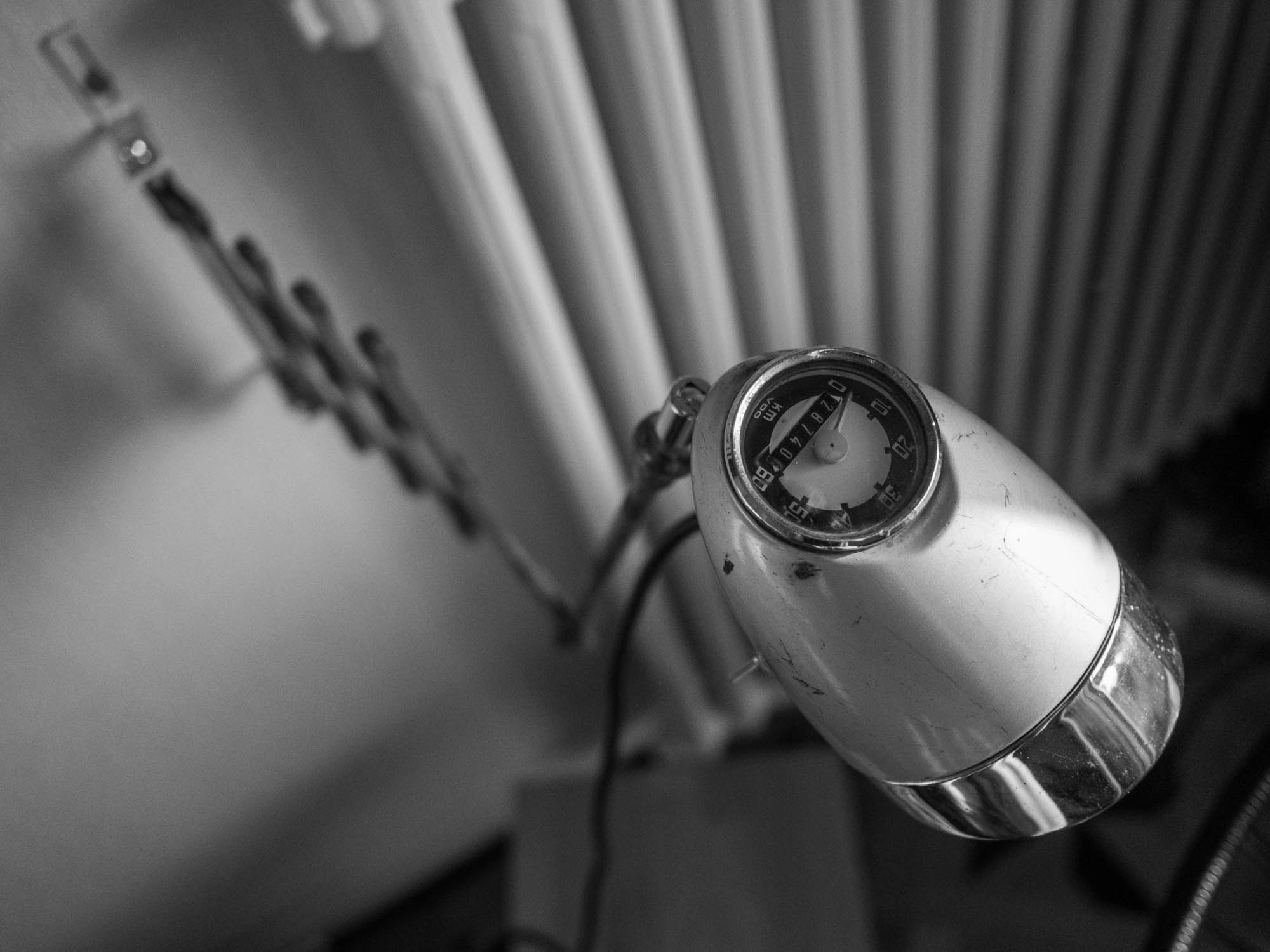 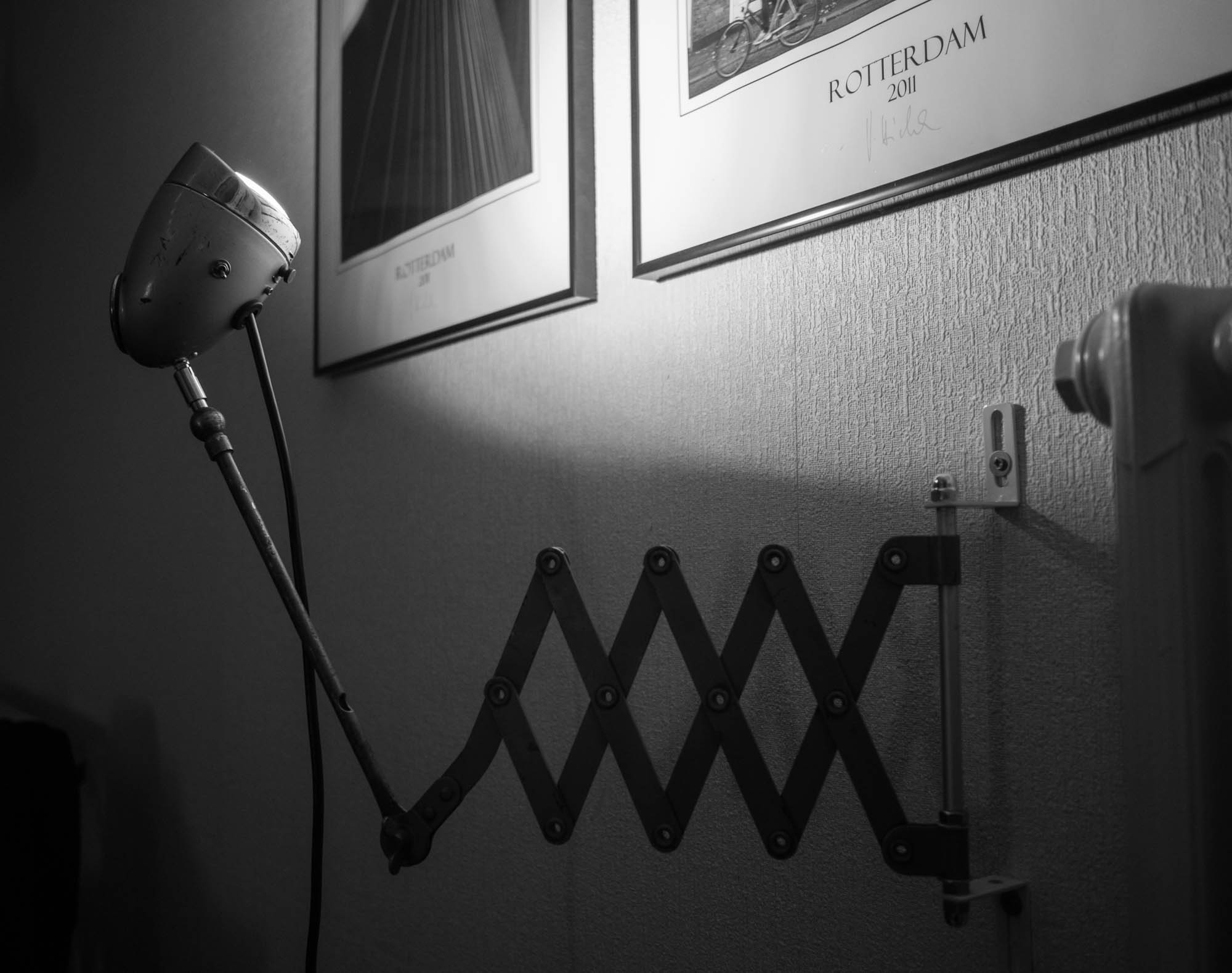