The stay at Lago Bianco was almost perfect for night fotography. Without the bad weather on the Wallis side, sending some clouds over the pass every then and when. But it's finally the same story as during the day: A cloudless sky often leads to boring pictures... 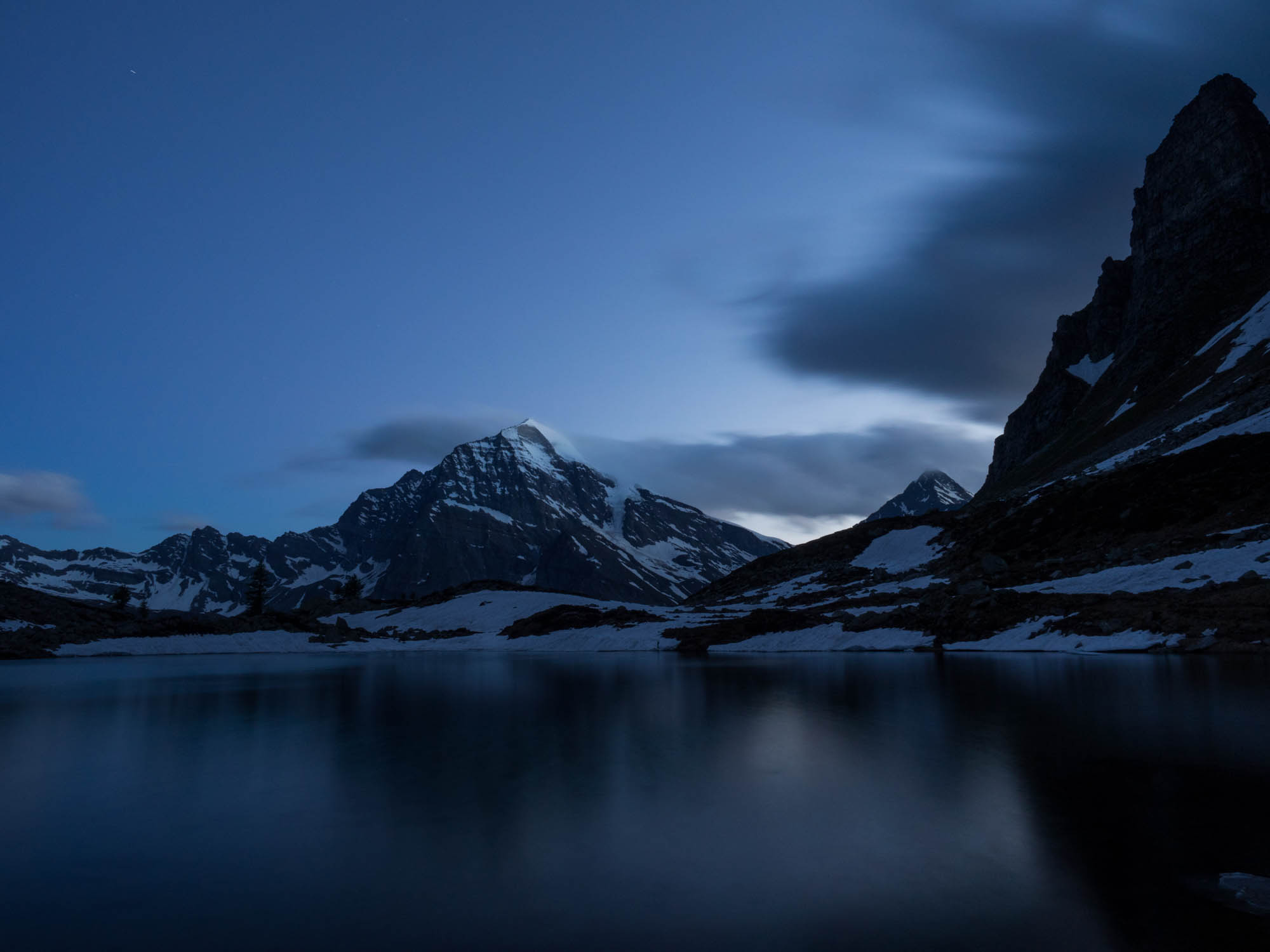 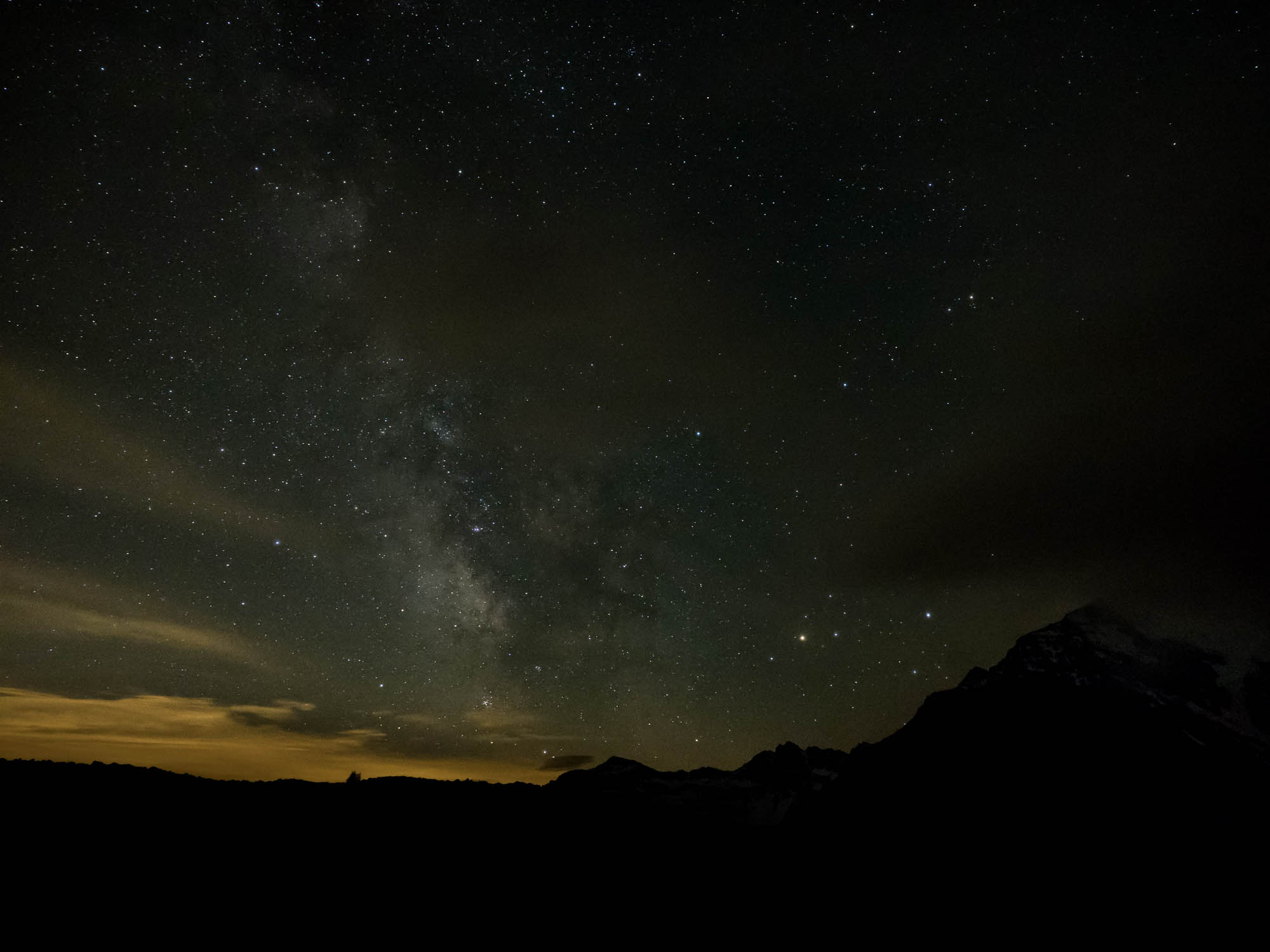 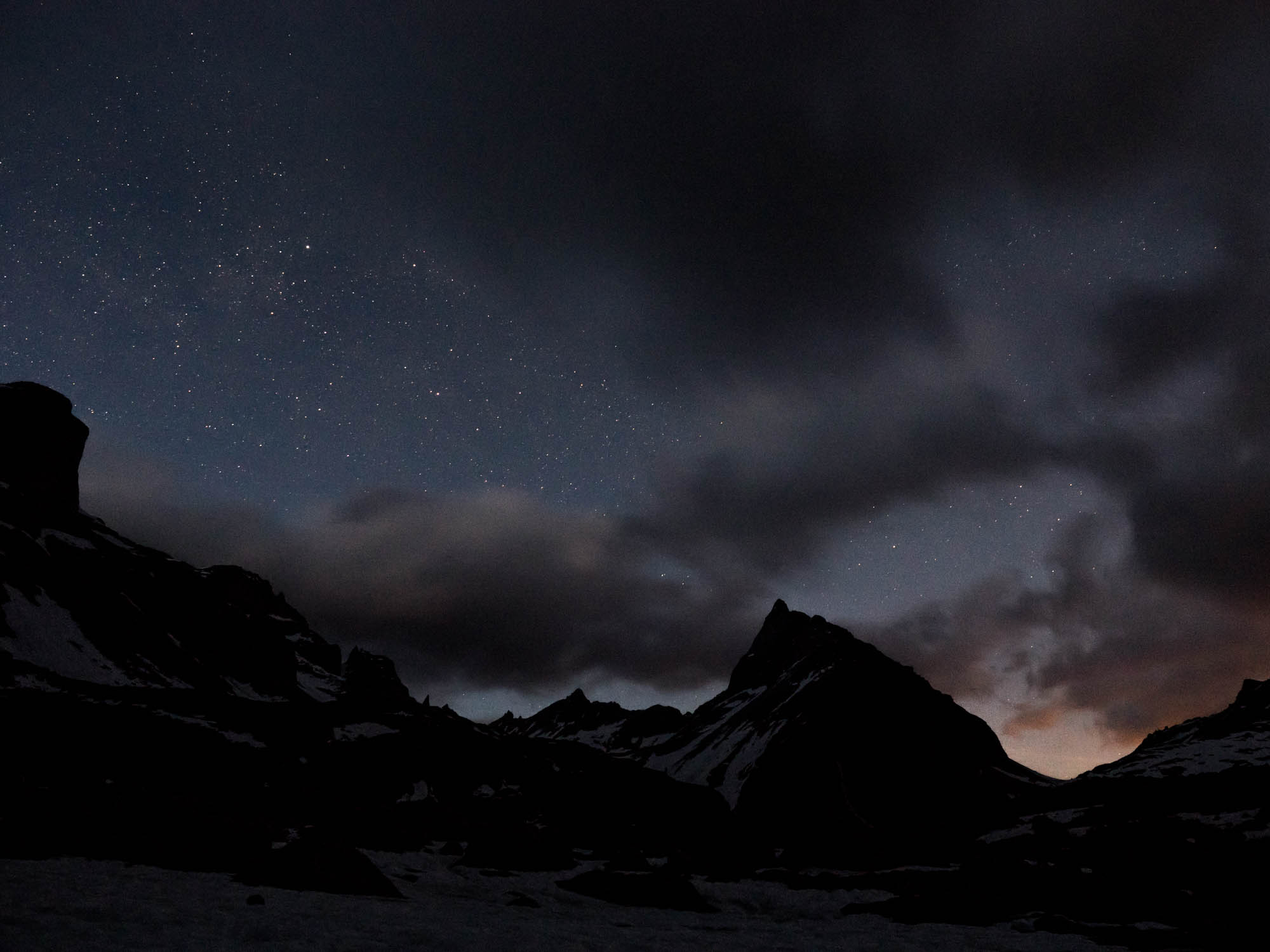 The other end of the Milky Way, barely visible. 15sec f/4.0 at ISO 1000, with some Milanese light pollution.