Ok, this was long ago! But as I'm preparing for the next adventure (coming soon), I had to go back to my Yellowstone plannings in order to have some reference data...

Back in 2012 Philipp and I decided to start planning for a backcountry tour through the well known Yellowstone park in Wyoming, USA. After extensive research for a suitable route in this unknown terrain and tons of paperwork we finally received our permit for summer 2013! 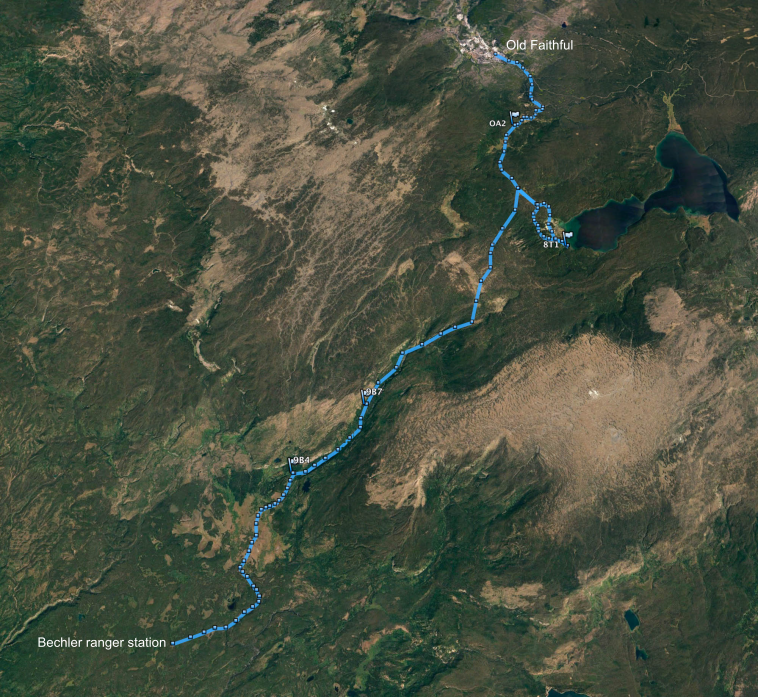 The backpacking trip was planned for 5 days in the wilderness without any possibility for supply. Campsites in Yellowstone are strictly assigned and set by the permit.
Due to administrative problems the route was not well balanced, with a long distance ascent on the third day... 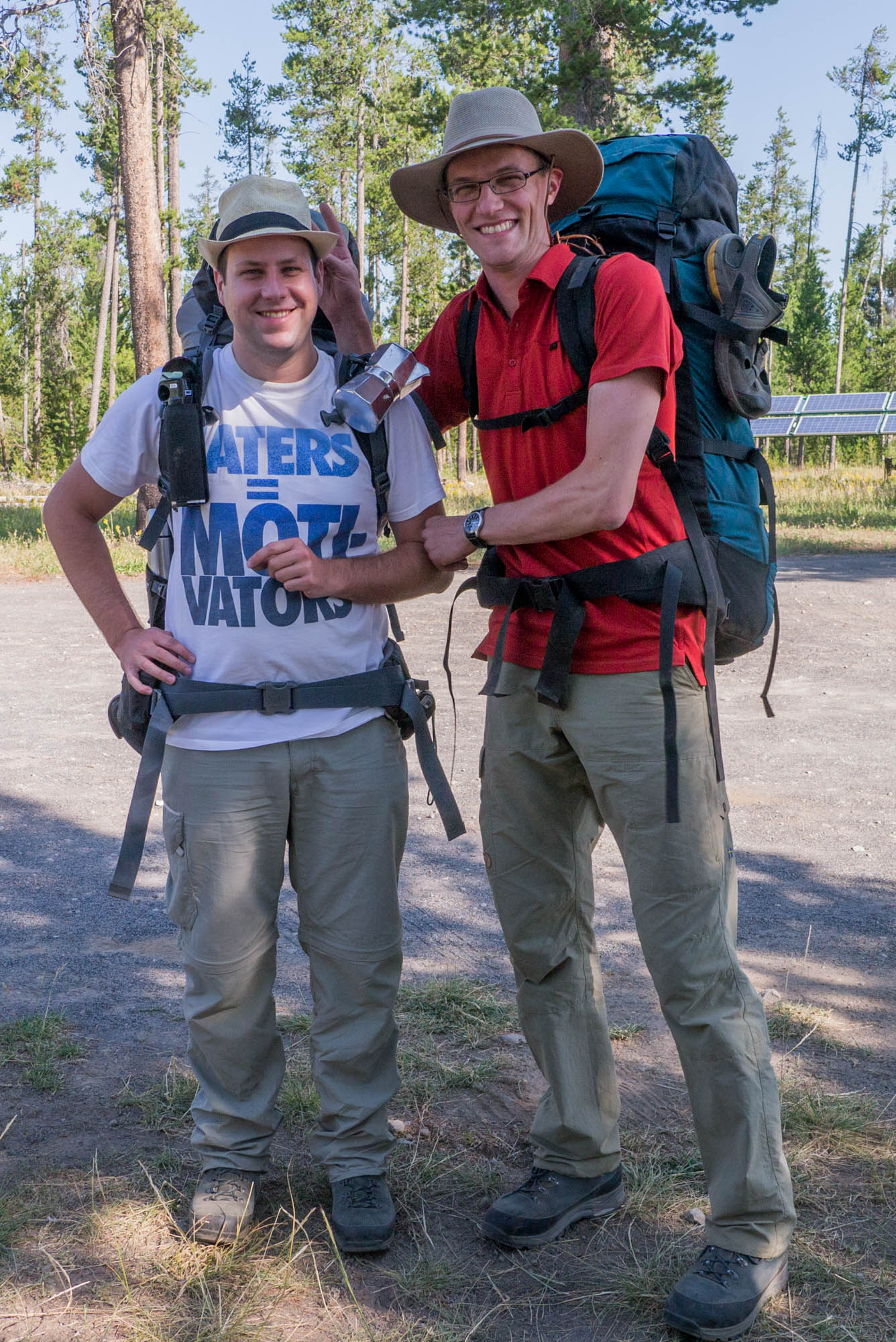 Ready to leave the car at Bechler station and start the adventure...

The first part of the trail is crossing the huge meadows of the Bechler plateau, with the ridge of the Yellowstone crater on the horizon. An impressive flood plain carved by the Bechler river. 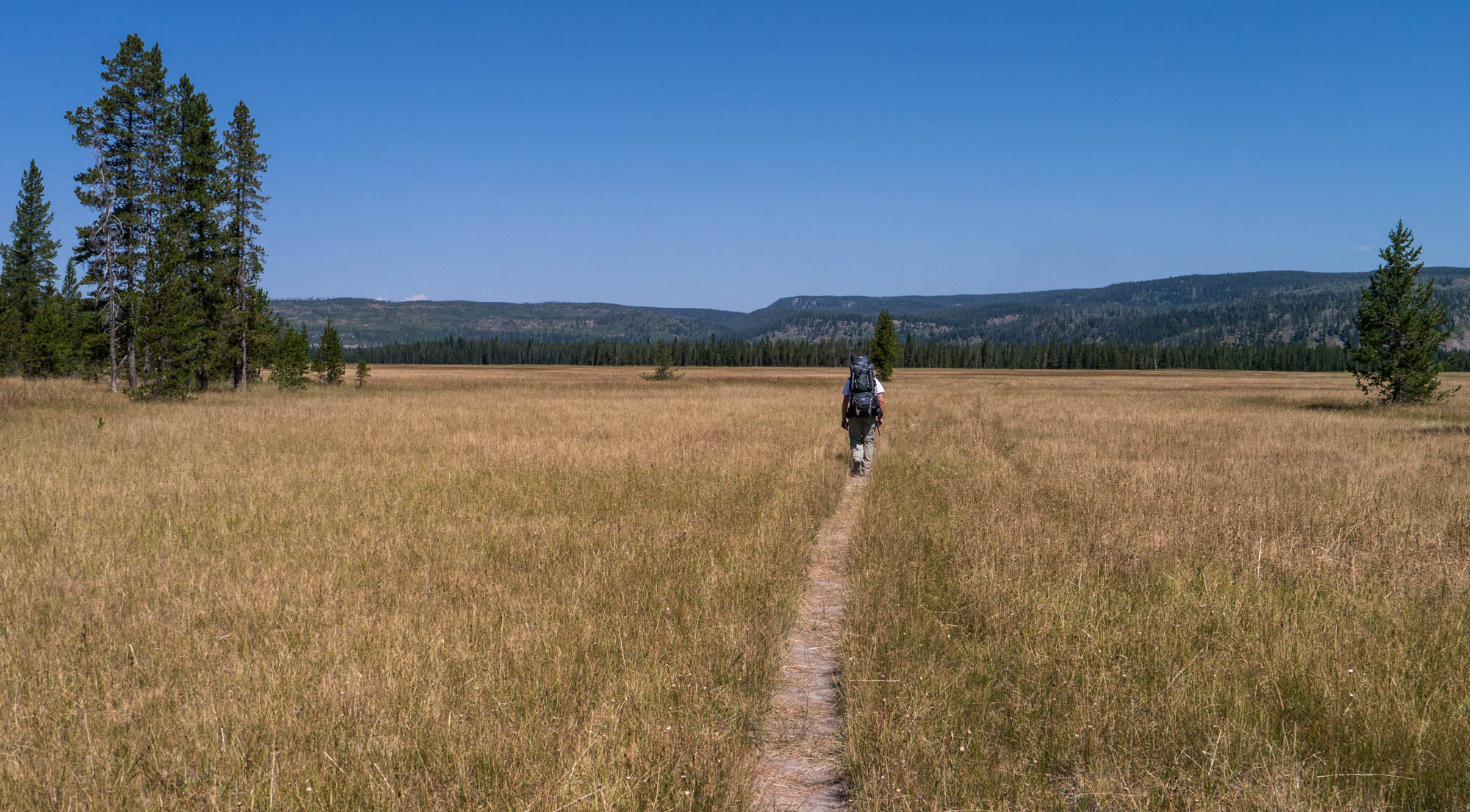 One first river crossing after the ranger station is equipped with a bridge, but that's the end of the comfort. All further crossings will be refreshing and more and more demanding as the river turns into a torrent on higher altitudes. 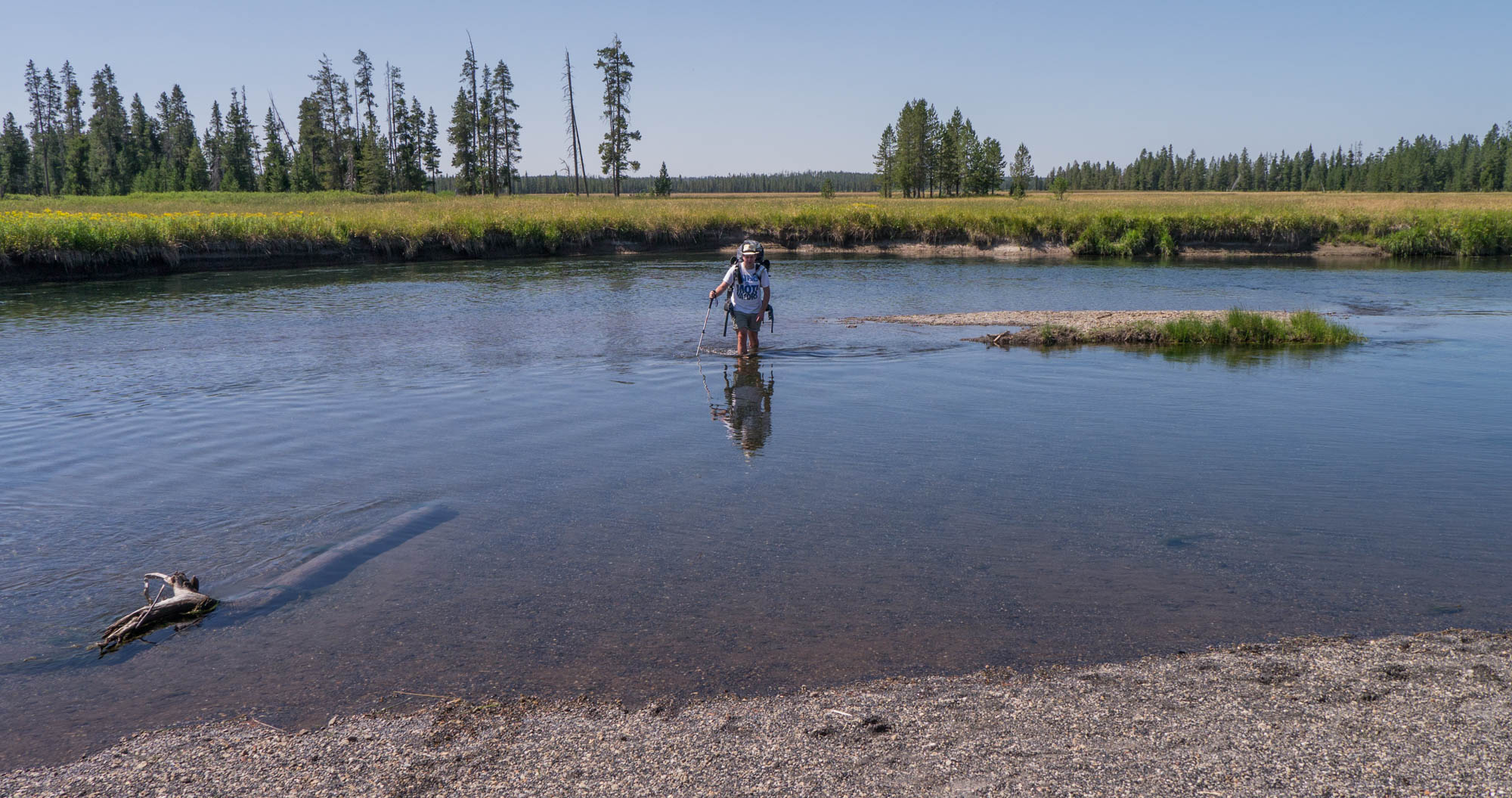 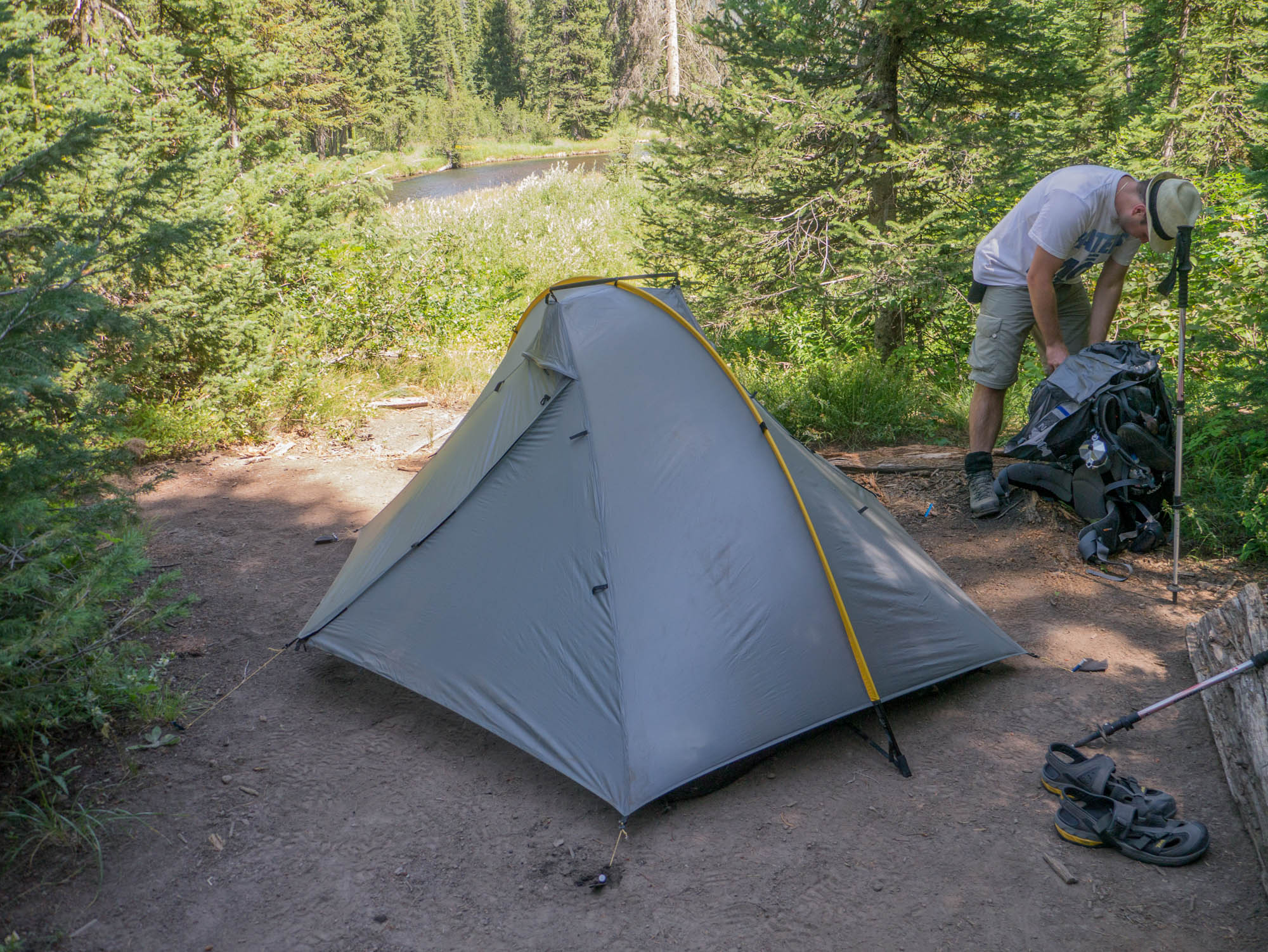 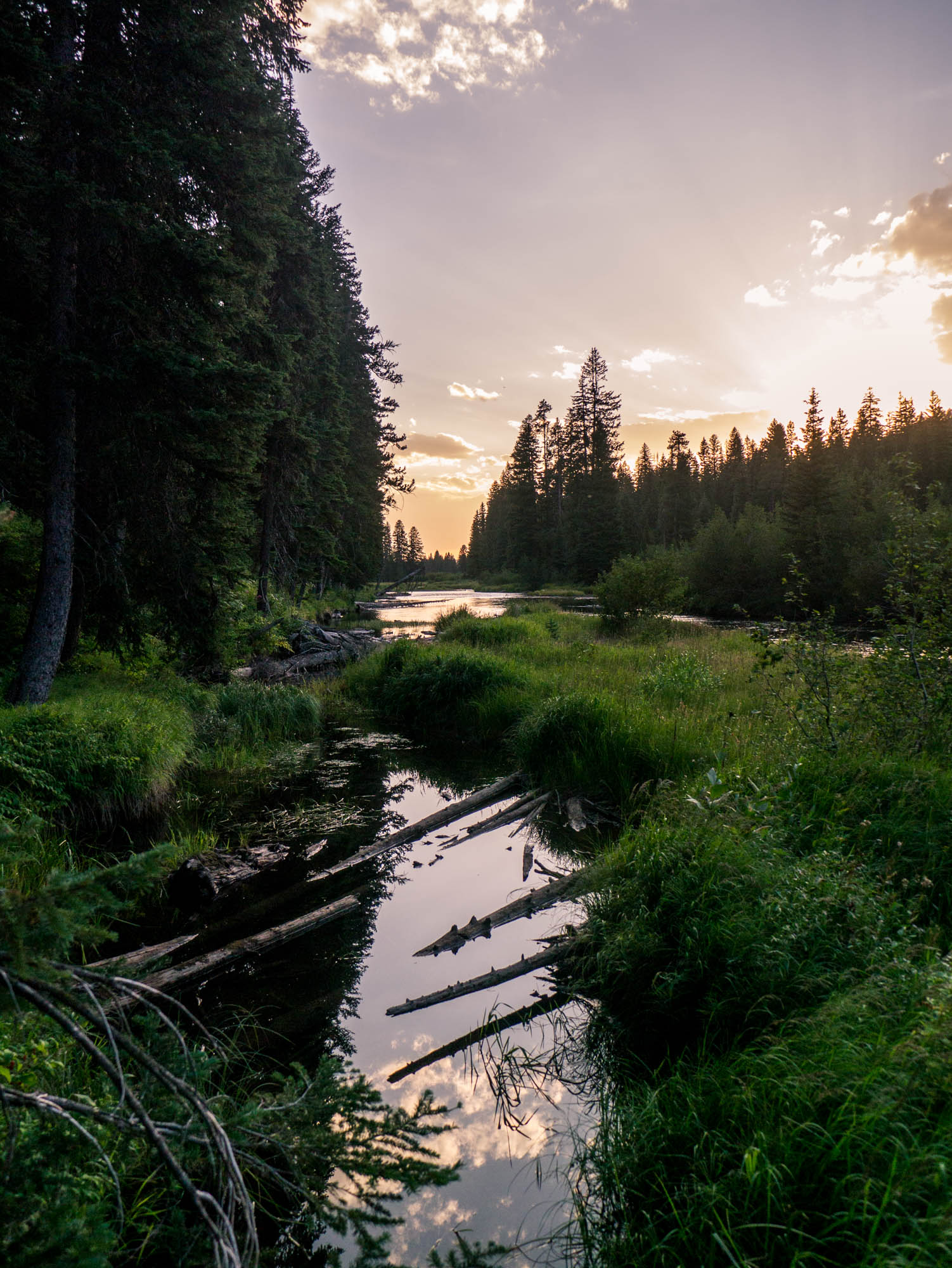 The Bechler river is a real spectacle from the plain up to the top of the Yellowstone ridge, with constantly changing kind of cascades and rapids. 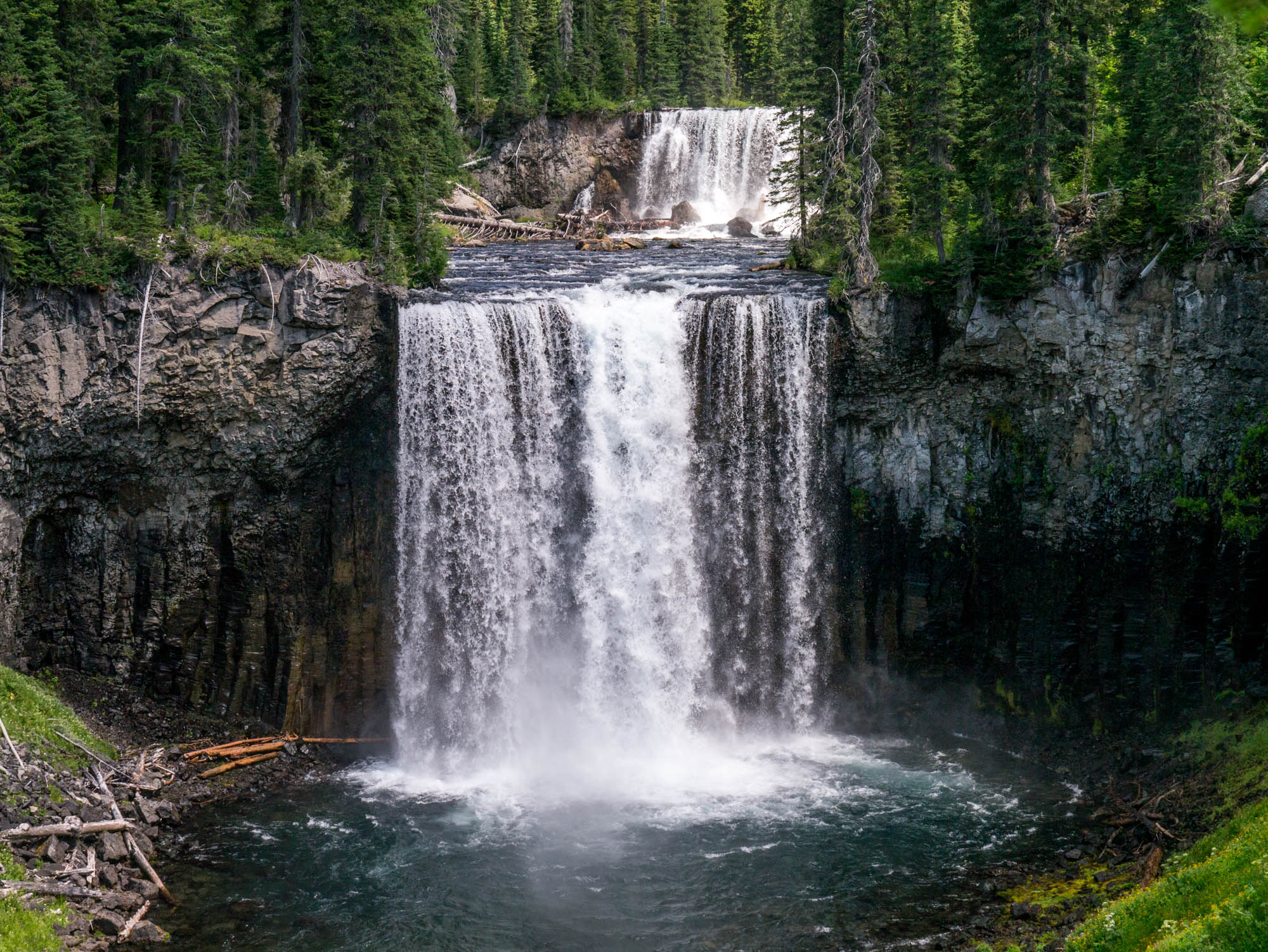 Really refreshing the water here... but after two days of hike you need a bath ;) 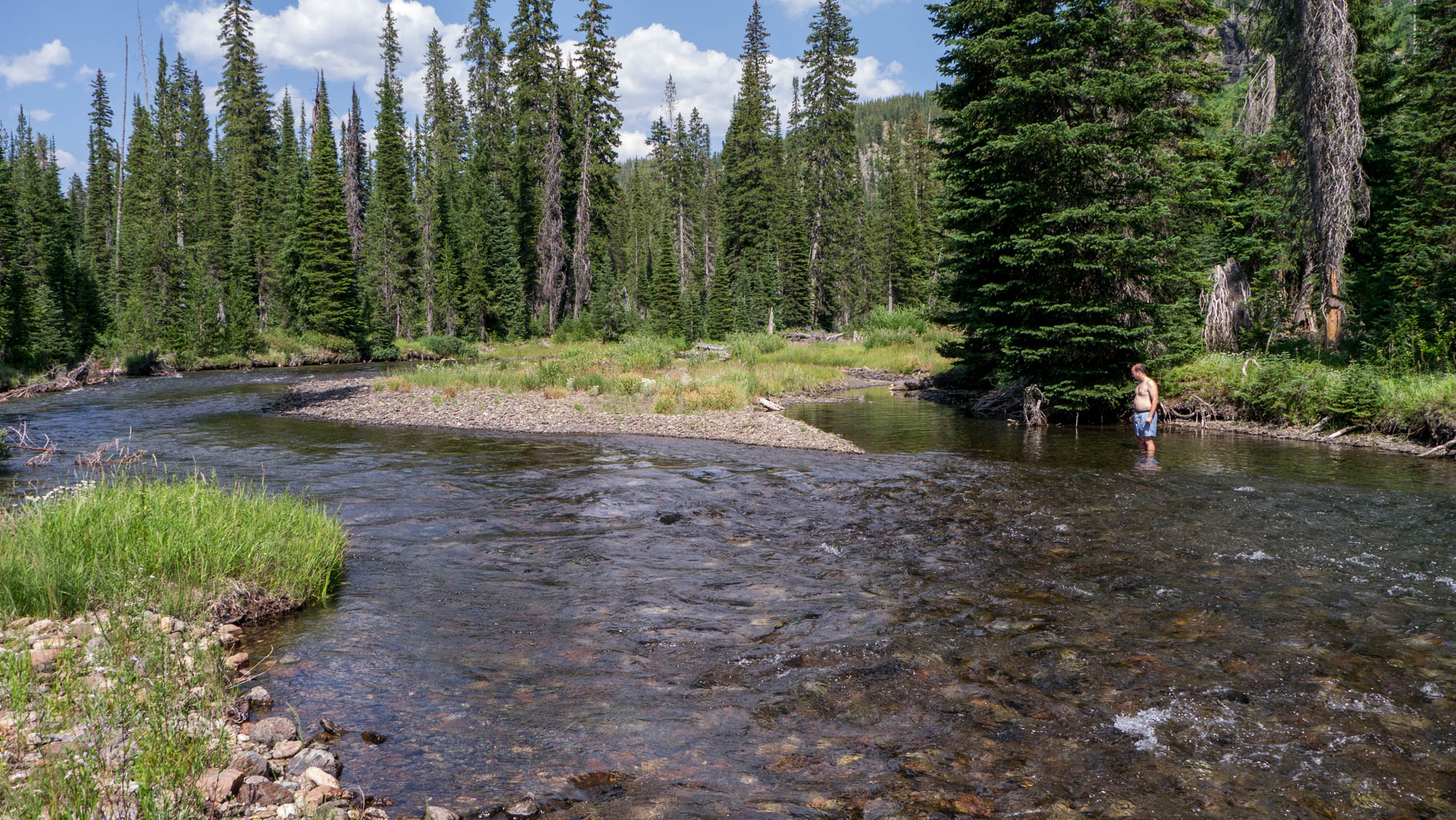 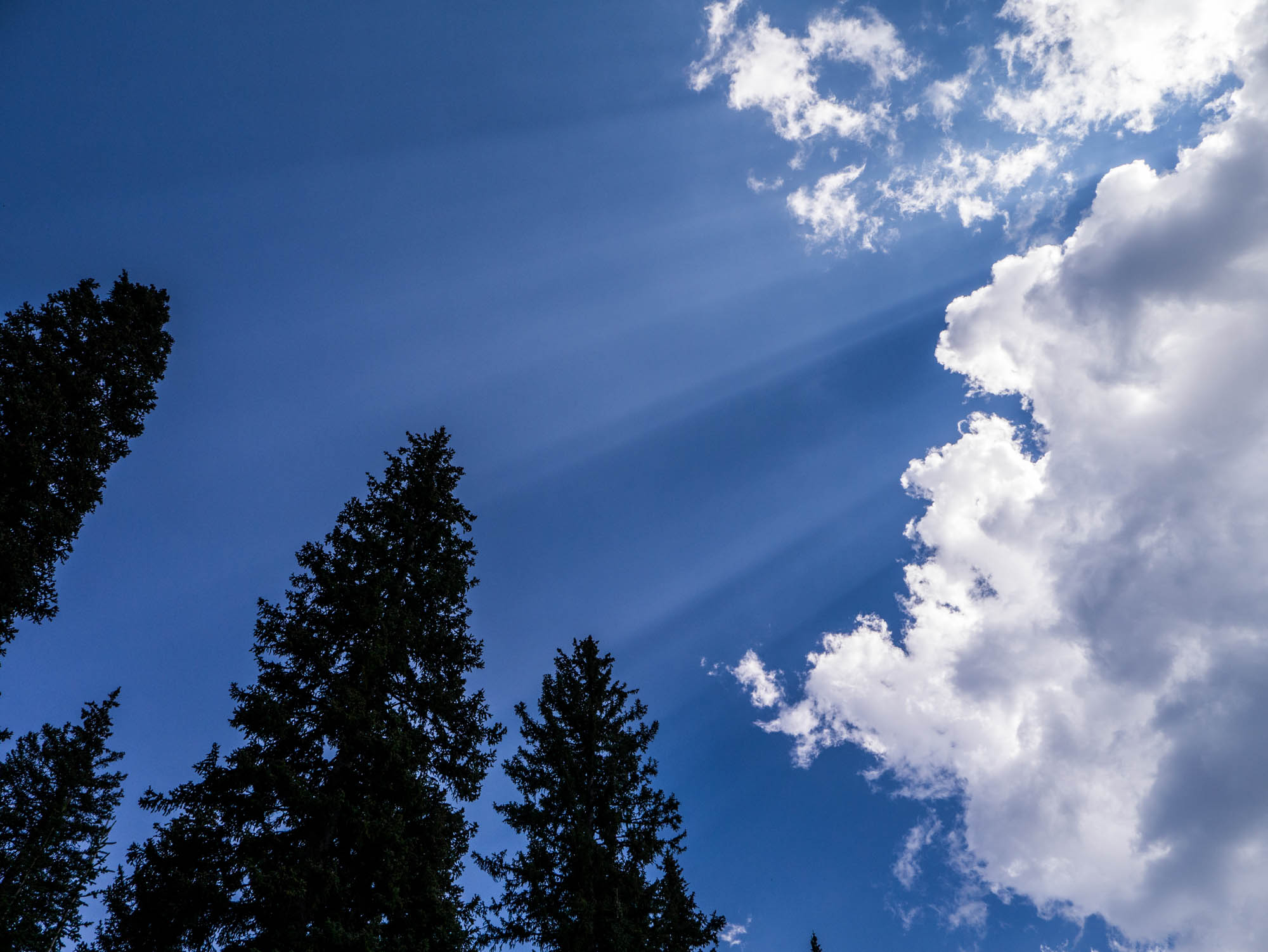 No bakery close by, but we turned a flat stone from the river into a bred stove and our first ever camp-fire-baked bread was a success! 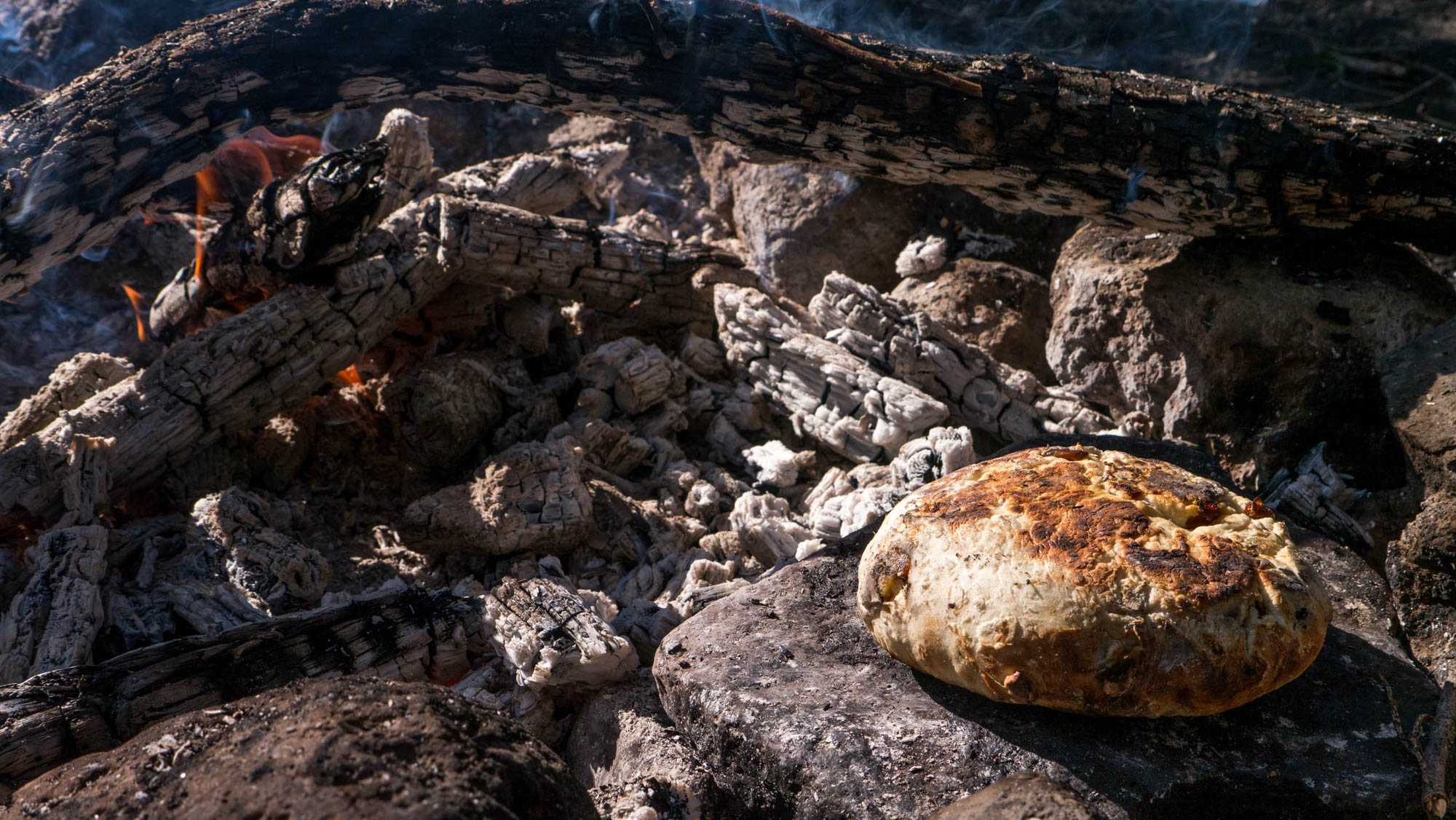 This day was exciting, as we finally reached some volcanic active regions of the park. Especially the so called Mr Bubbles which is not far from Ferris Fork. Basically a hot tub inviting you to relax, which is fed by a hot spring and a cold torrent, serving you all kind of different mixing ratios of cold and hot water :) 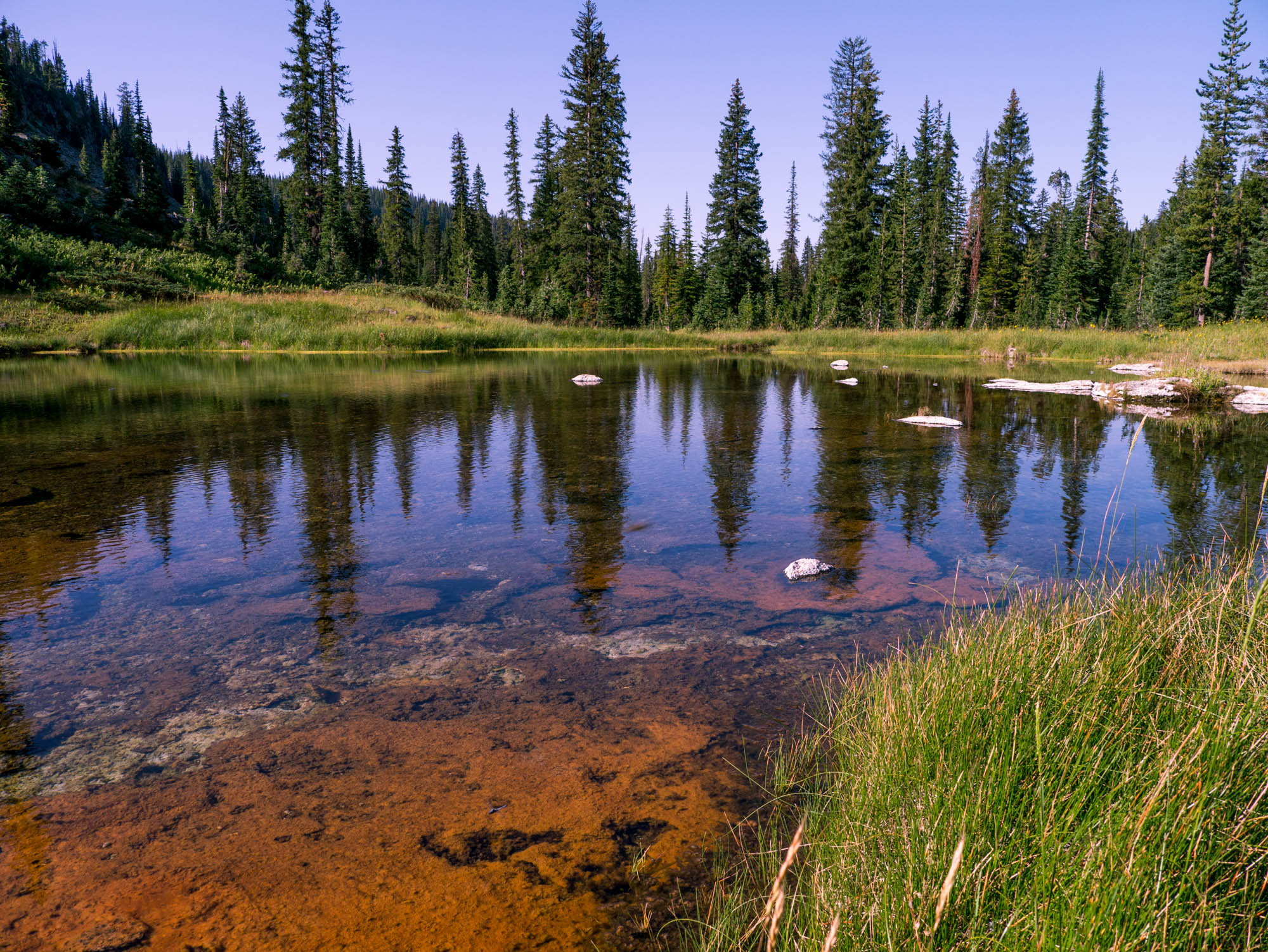 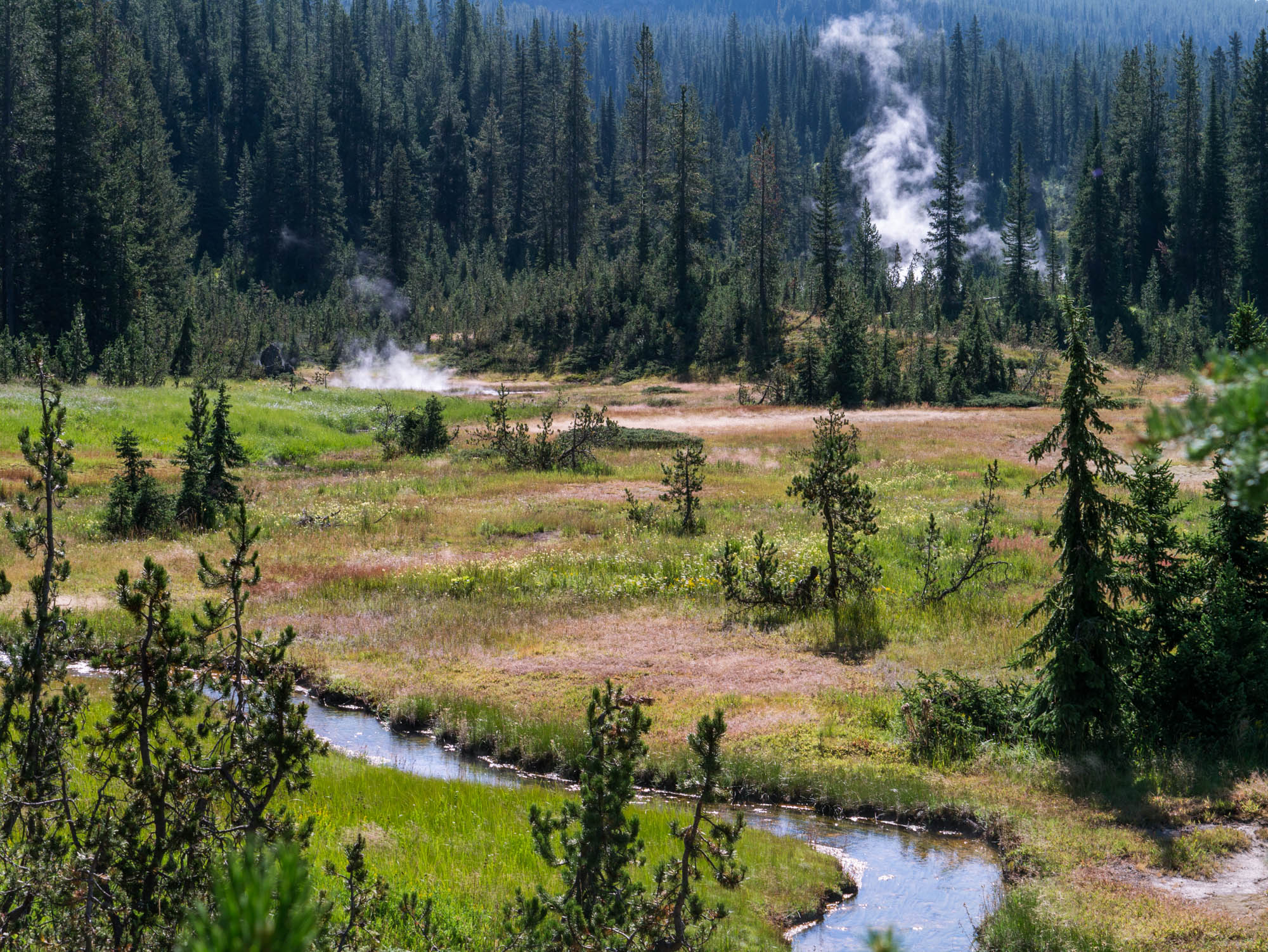 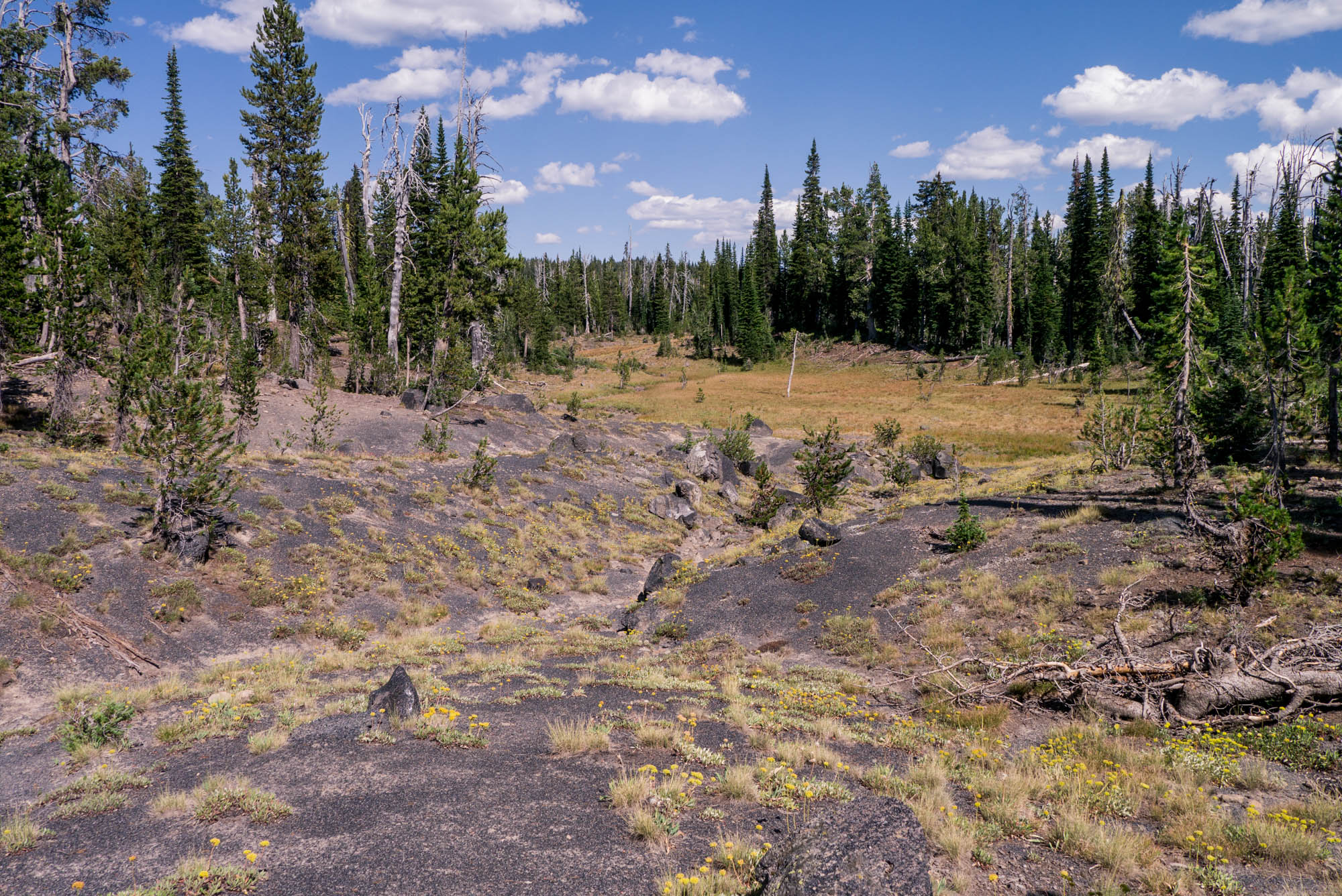 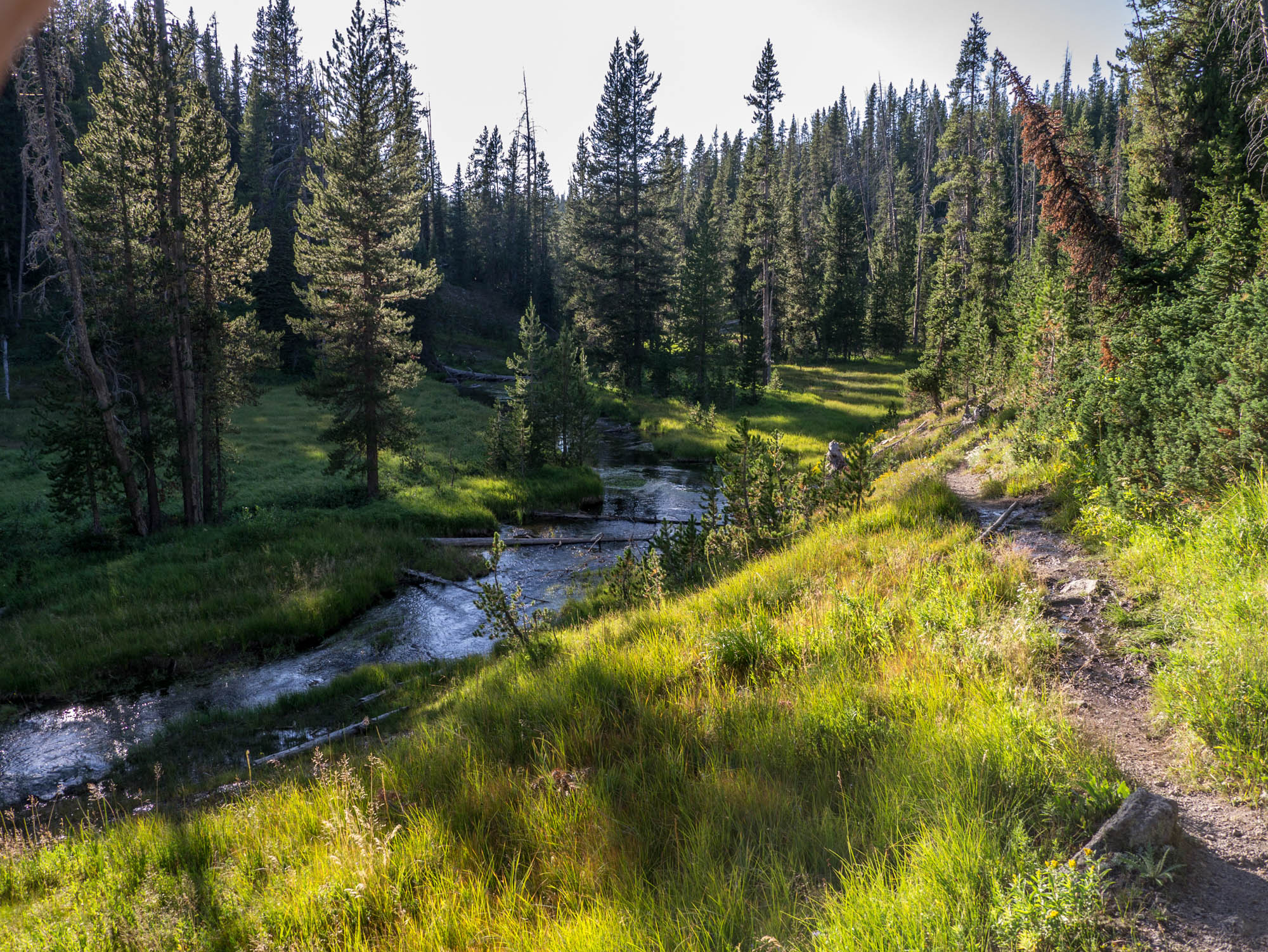 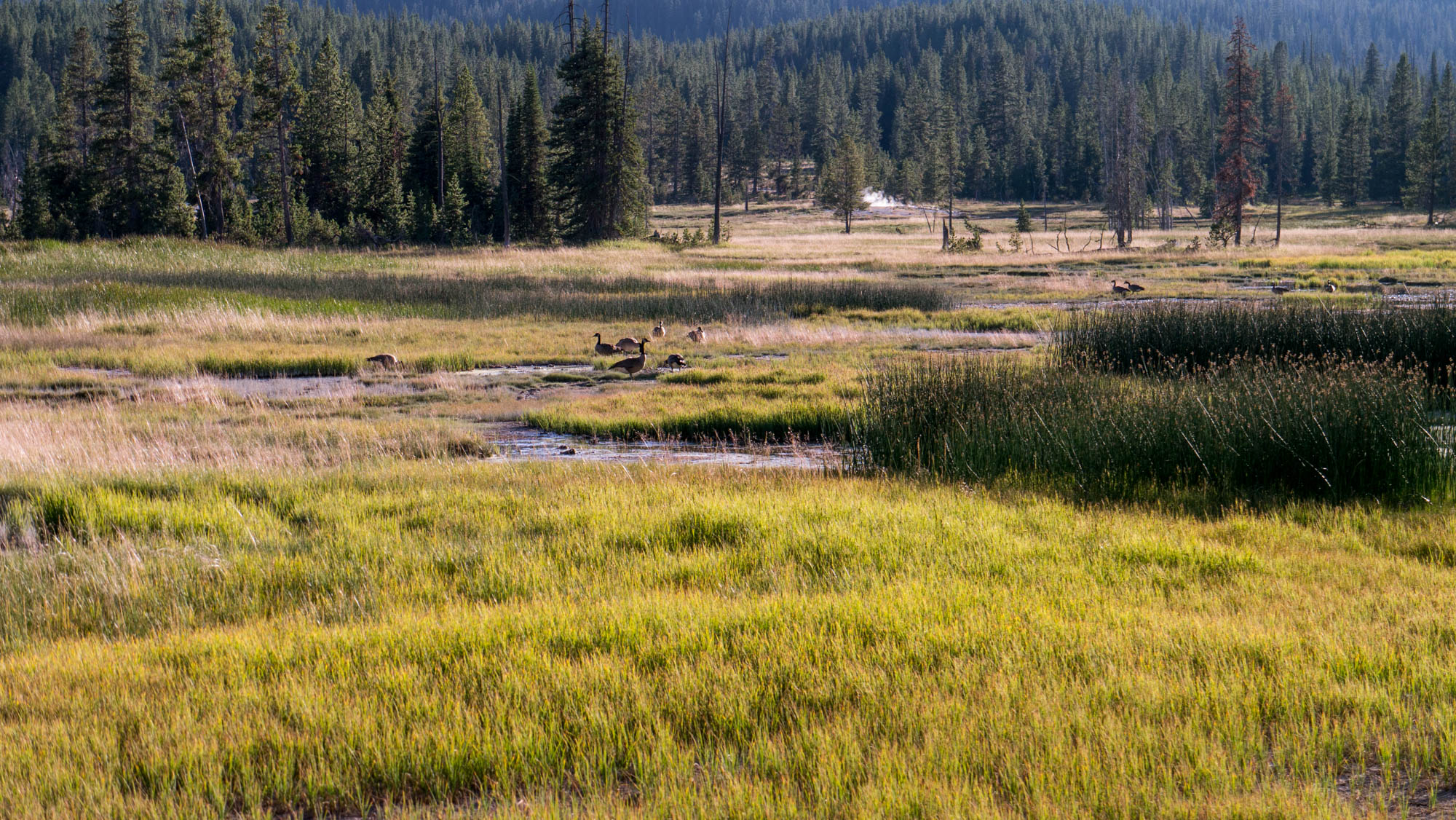 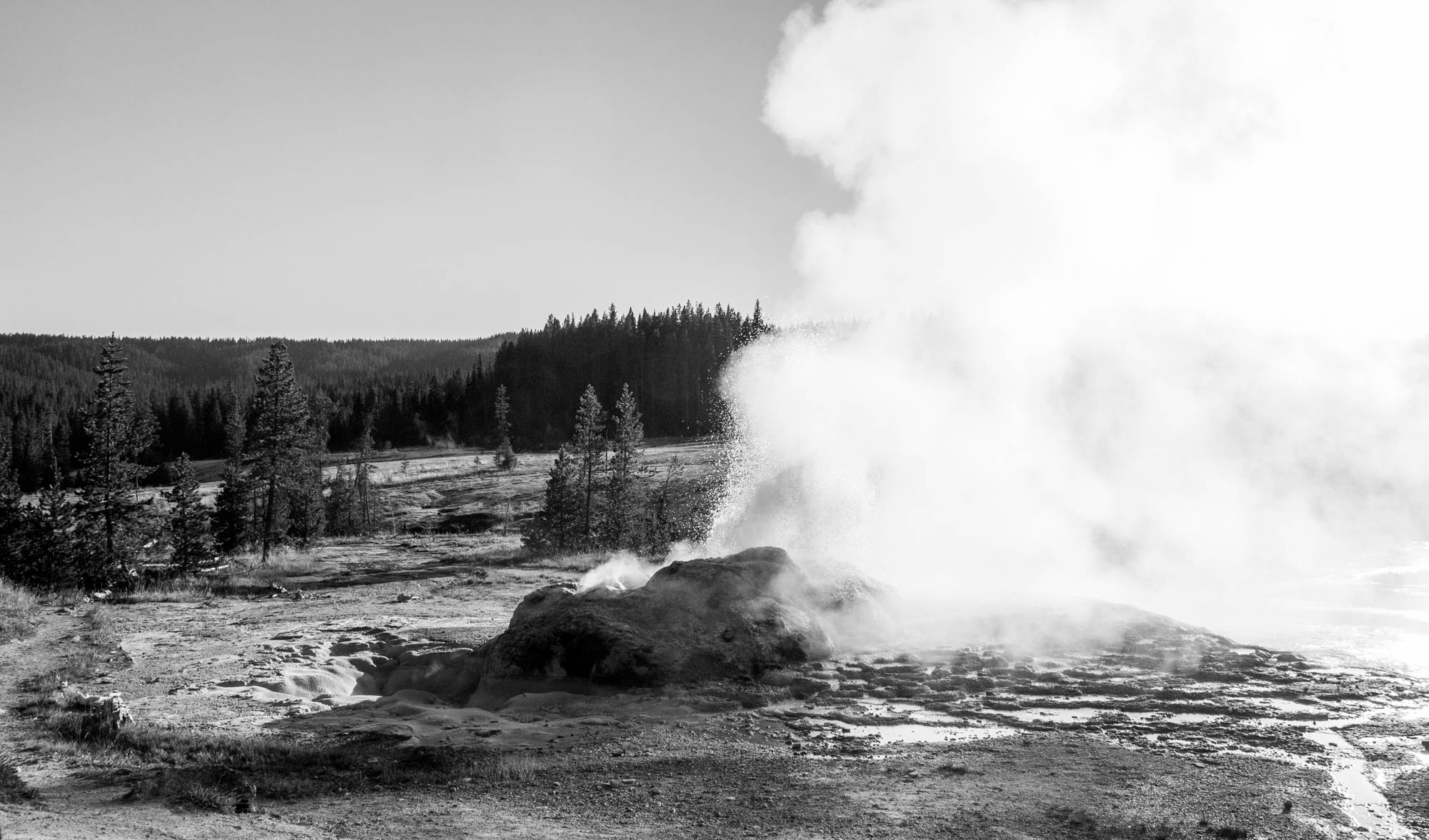 The day was long, and so were the shadows when we finally approached the camp site, situated just a few steps behind the deserted and forest bordered beach of Shoshone Lake. 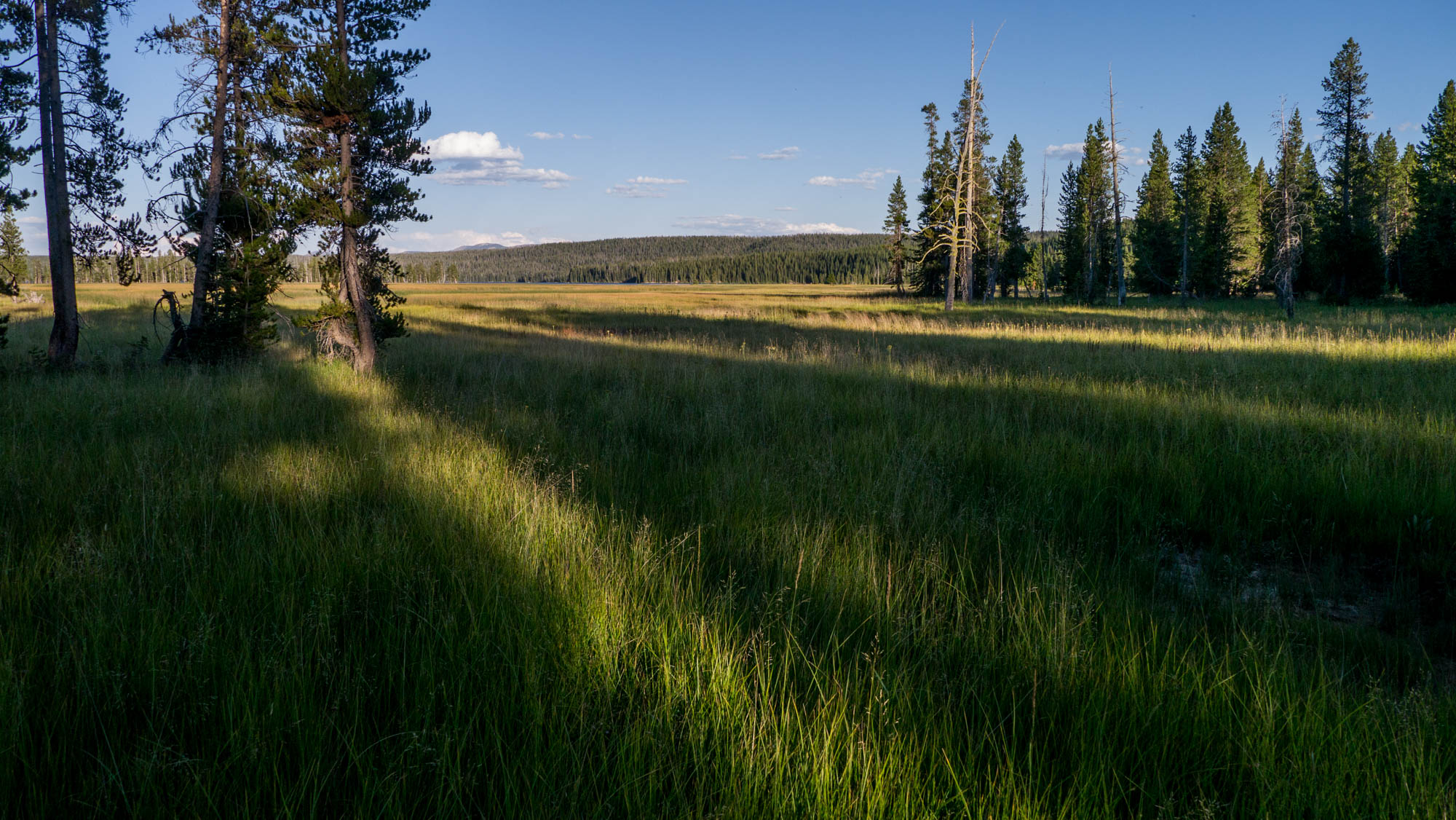 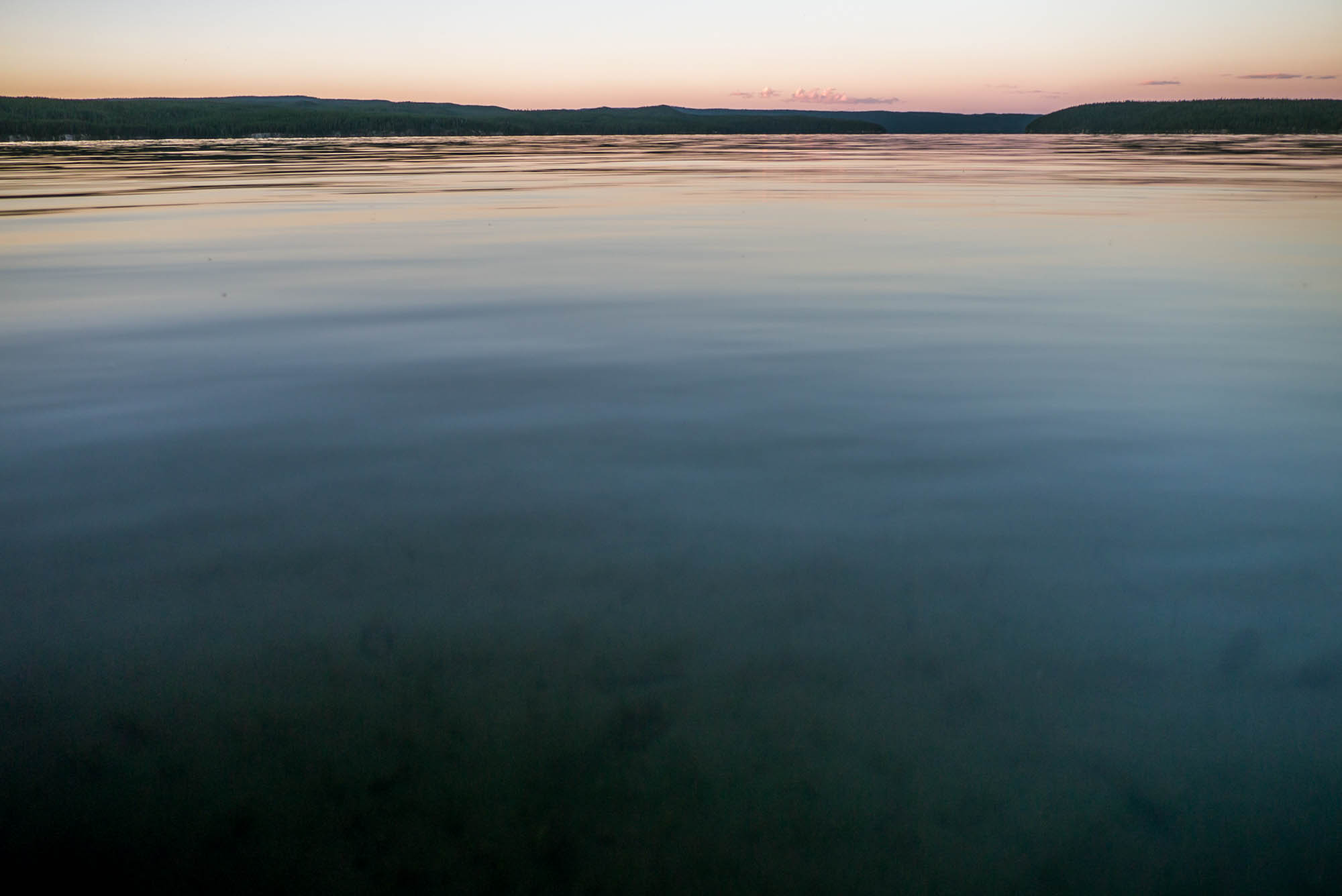 Risotto alla Siciliana as reward for the strain... 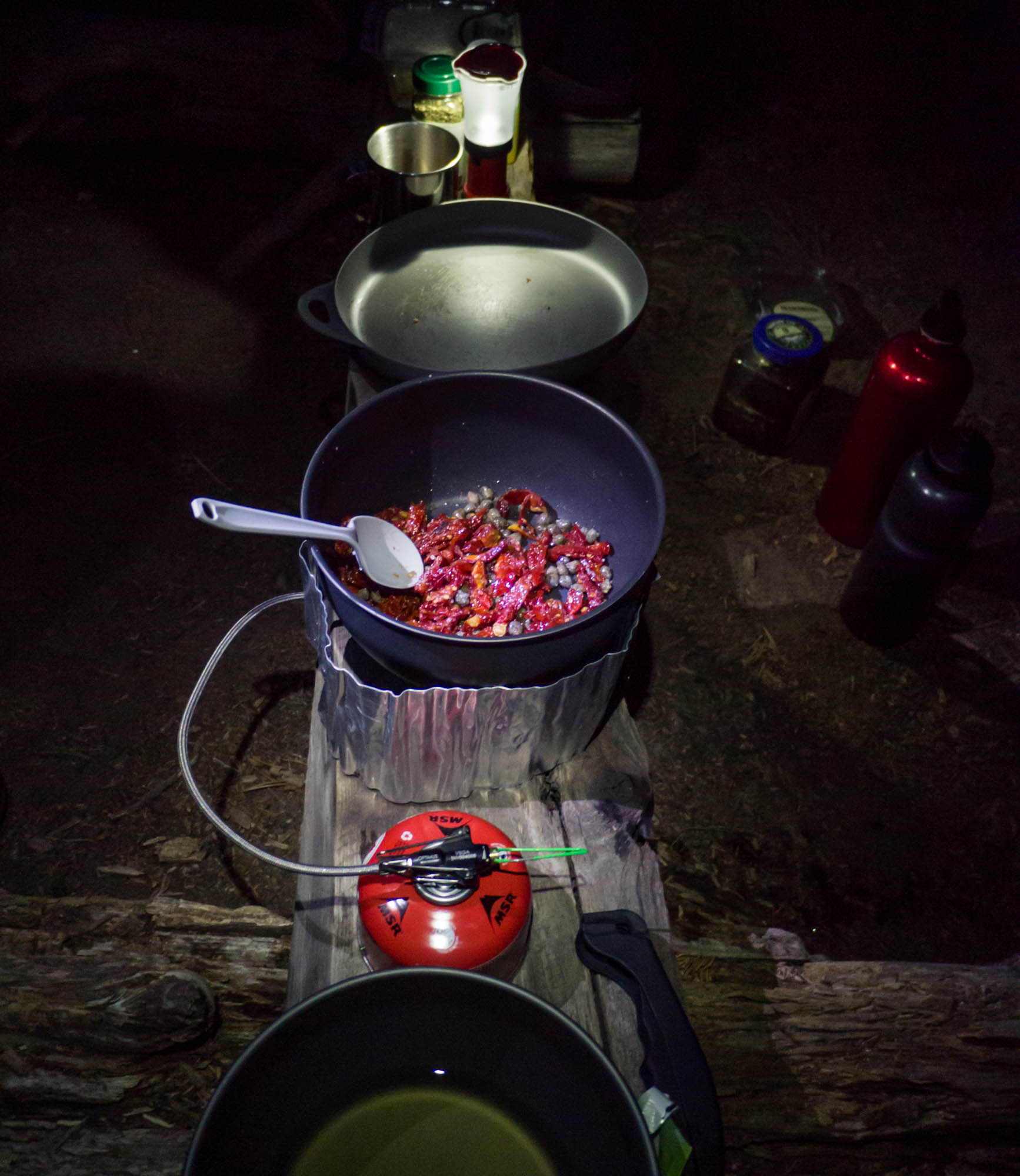 A bit scary this last camp site, as it is situated just a stone's throw away from some active fumaroles... but the thing did not explode as long as we were there ;) 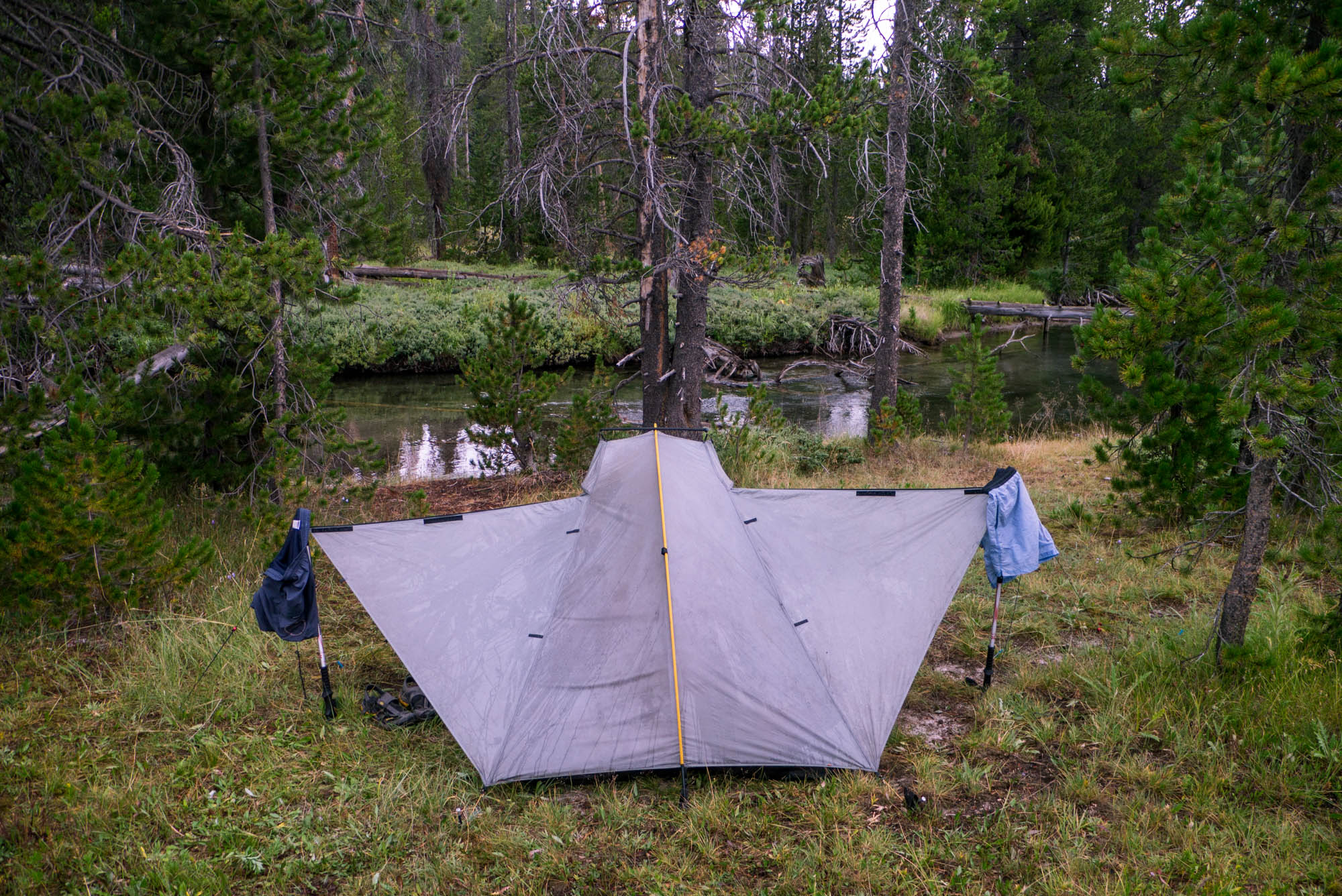 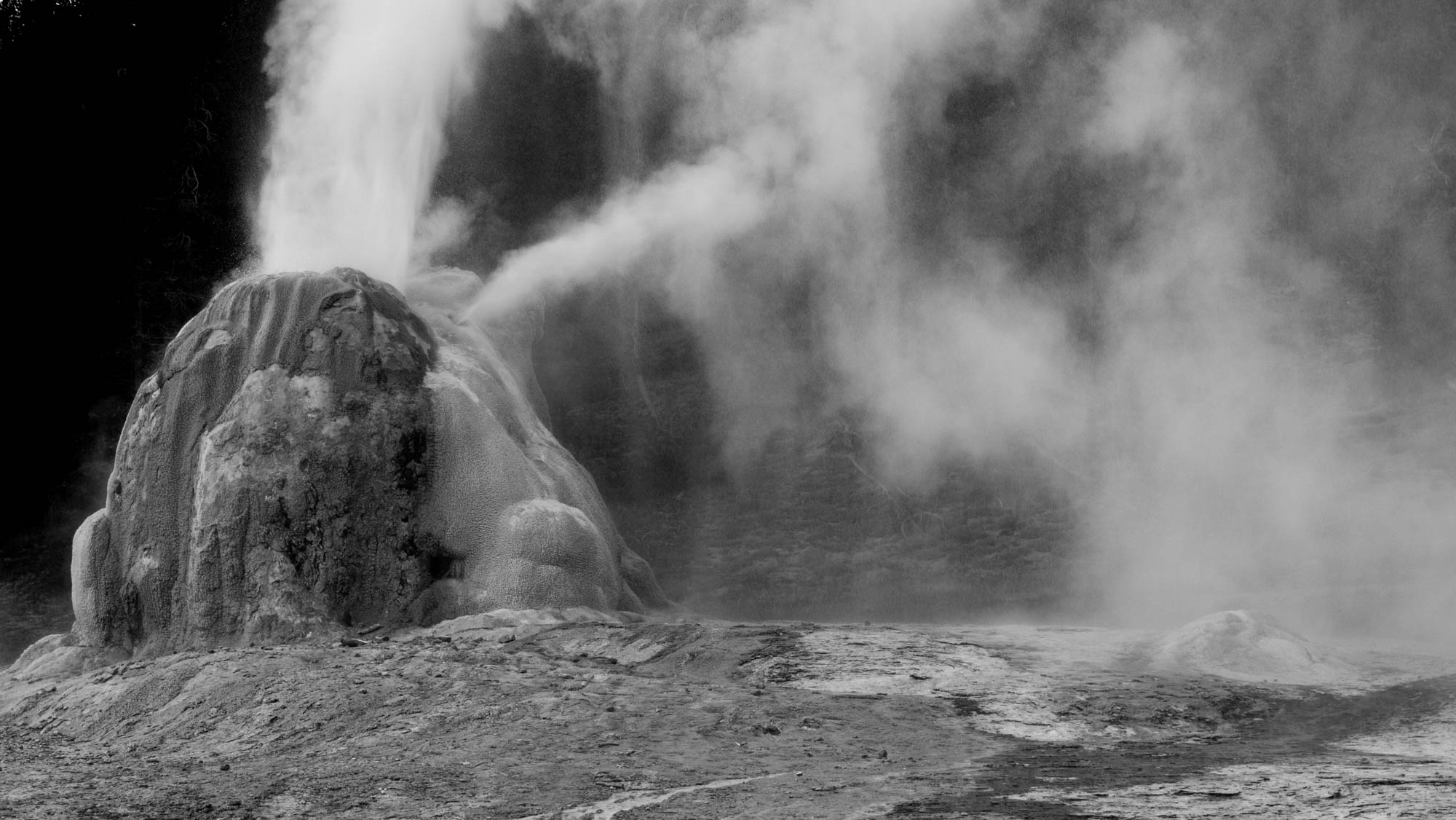 Impressive as well were all the witnesses of forest fires standing around and reminding the force of the nature to recover from such incidents! 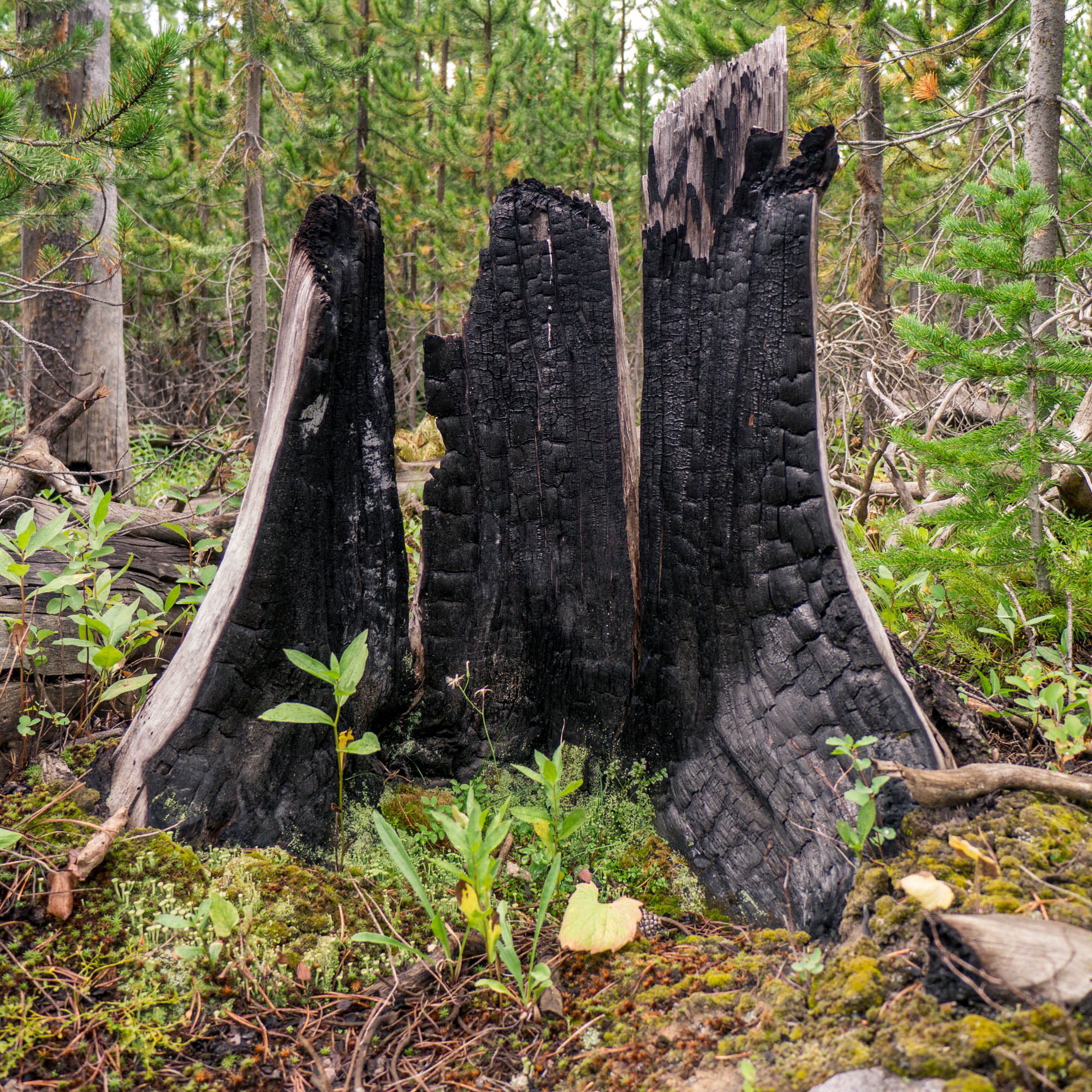 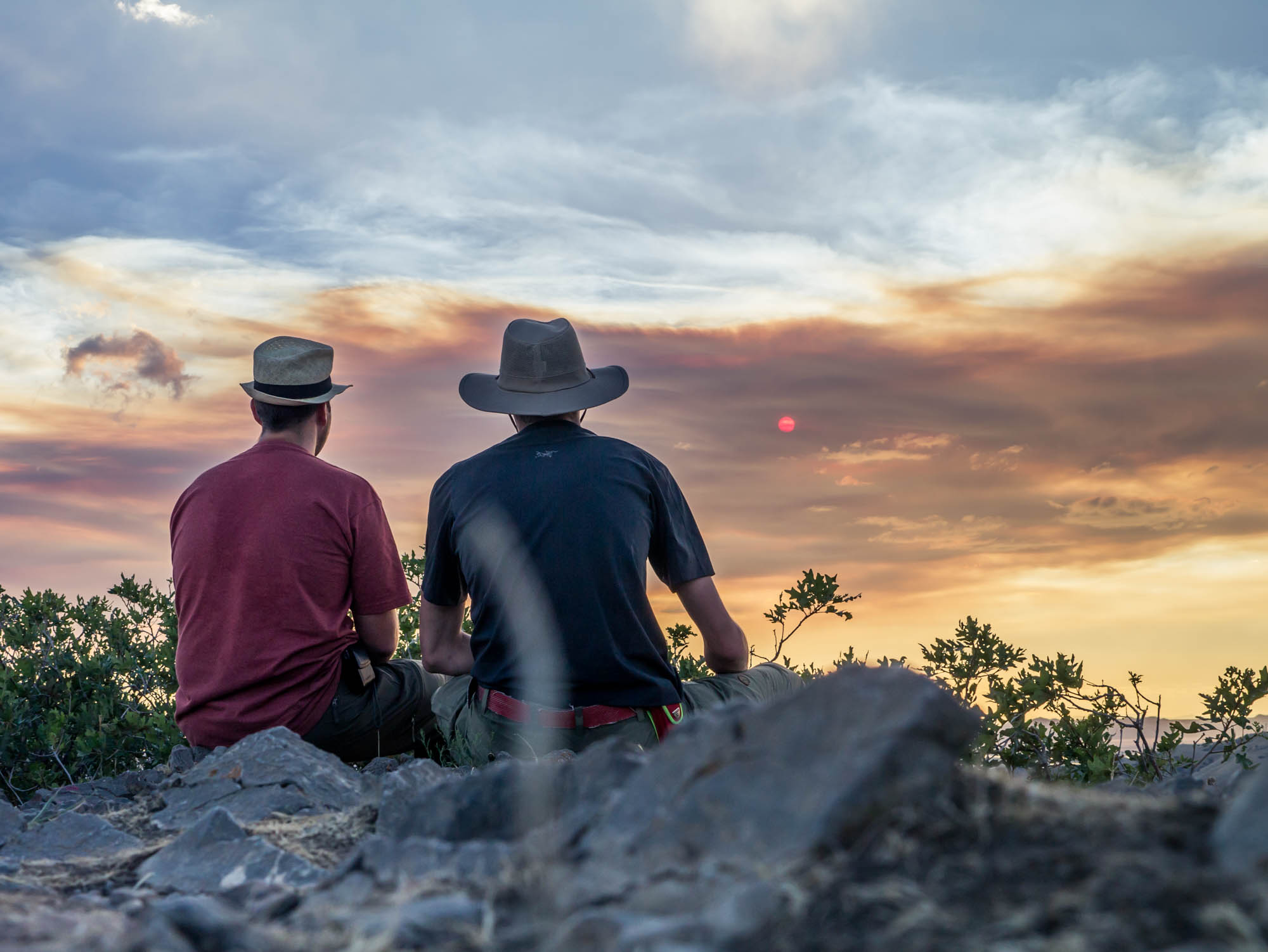